Shoe shelves go arty chic! Upon closer inspection, you will spot eclectic artistic elements in what is Stuart Weitzman’s new boutique. The American shoe designer recently debuted an innovative retail initiative along with Zaha Hadid. The queen of contemporary architecture adds her iconic flourishes to the flagship on Via Sant’Andrea in Milan, which is the first of five in a chain of stores to be set up globally. 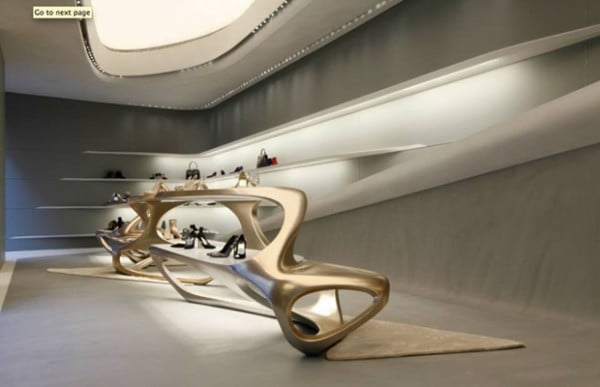 The award-winning architect has given Milan a marvel of monochrome interiors where curved forms meet modular shelving systems containing seating areas for customers. While that was a mouthful and probably is an eyeful too, Zaha Hadid has in store Stuart Weitzman stores in Hong Kong, New York, and Rome planned for 2014. “The design is divided into invariant and adaptive elements to establish unique relationships within each worldwide location, yet also enable every store to be recognized as a Stuart Weitzman space,” explains she. 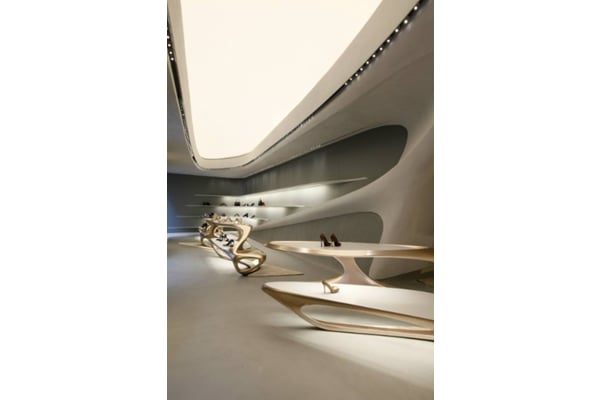 The first of the five flagship stories is 3,000 square-foot large, beginning in Italy. Fluid and playful, it iterates a dialogue of geometry. Fascinating folds and recesses reinstate functionality infused with luxury. The jaunty juxtaposition of the two evokes an aesthetic curiosity. Curved modular seating and freestanding display elements come constructed from fiberglass dipped in rose gold while the store’s walls and ceiling express solidity. It also marks the brand’s 100th global retail boutique. 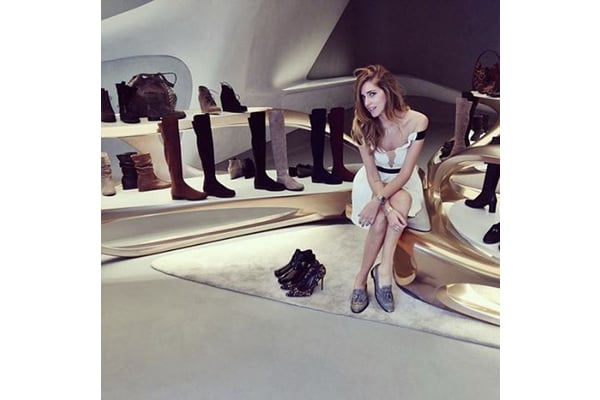 “This is a major new initiative that will help achieve the next phase of growth and raise brand recognition worldwide,” says the designer who has earlier wielded his fairytale designs on Broadway. The world has also reveled in Stuart Weitzman’s Swarovski-studded thigh-high footwear-artistry. But the designer’s latest step seems set to create a worldwide stir of shoe revolution. “I know that the marriage of Zaha Hadid’s incredible architecture and my collection will create a one-of-a-kind retail experience,” trails off he.