Synonymous today for exclusive menswear, J. H. Cutler’s bespoke tailoring has now given rise to a book. The fourth-generation Sydney Shirt Maker may well be given credit for the suave sophistication of a limited yet distinguished list of gentlemen from personalities in Federal and State politics to country families, businessmen, lawyers, doctors, diplomats, and even those in the world of entertainment. Based on the great traditions of England’s Savile Row, the home of bespoke tailoring, JH Cutler propagates a discrete personal service, very reminiscent of the old world that wasn’t plagued by robots rampaging in their ready- to- wears. Besides exuding timeless elegance, this service also posed a source of amazement perhaps to travel writer Meg Lukens Noonan who endeavored to trail the makings of a $50,000 JH Cultler coat, right from inception stage, authoring a book that narrates the story. The book titled ‘The Coat Route’ comes with an unusual storyline. Yet, a curiosity- evoking one being an account of her journey tracing the makings of the very extravagant piece of clothing.

“The funny thing about this coat, it’s a very nice coat, but you don’t say, ‘That’s the most beautiful coat I’ve ever seen,’” laughs Meg Lukens Noonan. To the undiscerning eye, the coat appears to be nothing but that, a coat. What attaches it to a hefty price tag only reveals itself upon a closer inspection, but reveal, it does! “It’s when you touch it when you see the lining, the specialness of the buttons, feel the weight …” trails off Noonan. 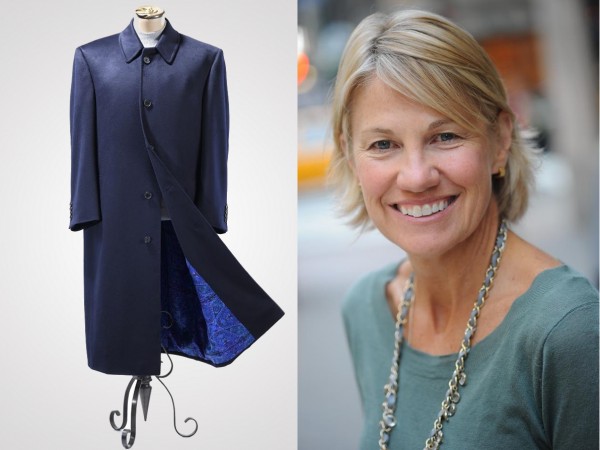 Speaking of what gave birth to such unique prospect that resulted in a book, Meg Lukens Noonan explains how she chanced upon the JH Cutler website at a time when it was devoted to the “slow” coat, months in the making, that the bespoke tailor had created for a client as the “ultimate expression of luxury.” 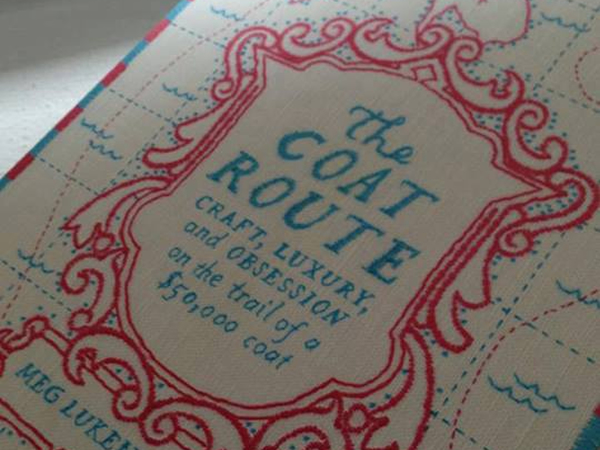 The client happens to be a man named Keith Lambert, who had recently been ousted from the post of company CEO, following which arisen the need for “the” coat as Cutler’s longtime customer faced relocation to cold Canada. Thus began the journey aptly surmised from the subtitle, “Craft, Luxury & Obsession on the Trail of a $50,000 Coat.”

Noonan set out to trace the origin of each element of the coat, starting from the vicuna in the single-breasted coat, which is rarer than the finest cashmere. So Noonan was off to a vicuna reserve on a mountainside in the Andes to witness a shearing of the llama- cousin, which can only be shorn every three years and of which, there isn’t enough superfine wool to go around. Cutler, however, had in his possession an overcoat-length bolt of pure Dormeuil vicuna worth $6,000 a yard. Dormeuil is a luxury fabric house in Paris that supplies the fabric for the haute couture shows of Dior and Prada’s likes and the tailors of London’s famous street of bespoke, Savile Row.

Next up was Florence, the part she deems the best as it not only brought her face-to-face with the exclusive men’s wear designer, Stefano Ricci but got her a day pass into his luxury-steeped life too. Known for indulging in vintage cars and exotic travel, the man could not have prepared her for what was coming next.

The saddest leg of the journey was to a factory in England’s West Midlands, where the water buffalo horn buttons were made. James Grove & Sons, established in 1857, made went out of business soon after Noonan’s visit. “I make the comparison to the vicunas in that bespoke itself is now an endangered species,” laments she.

She finally reached Canada and met the holy grail of bespoke menswear or fine coats or even luxury jet planes, for that matter! The coat was all that she hoped it would be and more. “The lining had a liquid feeling. Your arms sort of slip into it. The vicuna cloth is so soft you keep wanting to run your hands down it,” Noonan says before delivering the final word on the coat. Trying on the glorified as well as the glorifying coat ought to have felt good. Correction: “It just felt really, really good.”

The Coat Route book is listed for just $27.

[Available at Amazon Via Nydailynews and Jhcutler]

Tags from the story
Books, Coats