Nothing defines absolute luxury better than superyacht sailing in open water. Last year, at the 2012 Monaco Yacht Show, a UK-based firm ‘Silver Arrow Marine’ showcased the concept Granturismo motor yacht, which was being developed in partnership with Mercedes-Benz. The design renderings were convention-breaking and managed to become the show stopper. Almost a year later, yesterday, the company announced they have cruised past a significant new milestone in its development with the signing-off of the final design jointly developed with Mercedes Benz Style team.

The 14m (46 feet) long motor yacht has a radical design that has the potential to re-define yachting. The first Granturismo of the seas, this superyacht perfectly blends luxury with out-right performance. The German auto maker’s years of experience in building road-going marvels helped design the clean-sheet aerodynamic body. All the methods generally associated with designing cars, like carving clay models, were used. Despite its relatively small size, it has huge cabin space and offers a unique rear seating arrangement. 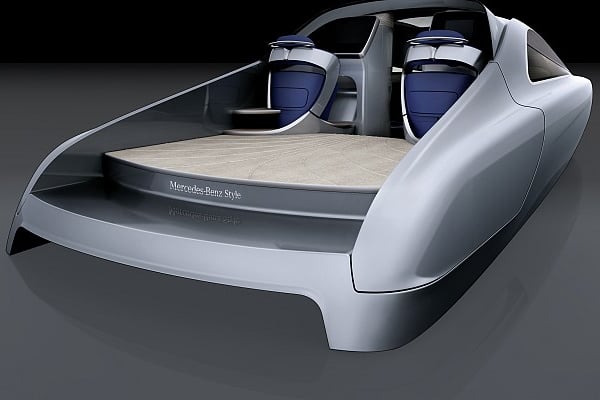 Rest of the details will be presented at this year’s Monaco Yacht Show. It will be an utter delight to watch this sleek Granturismo sprinting in the ocean.

Tags from the story
Mercedes-Benz, Yacht