When it comes to thoughtfully designed premium establishment there is a lot more than meets the eye. Behind the bright chandeliers, intricate motifs, artwork and even the lingering smell and music there is a story. In this new series Luxurylauches chats with prominent design houses and architects to know the story and ideas behind some of our favorite places. We start the series with Razzmatazz a bright and trendy bar in Baku, Azerbaijan that is one of the hottest upcoming travel destinations. 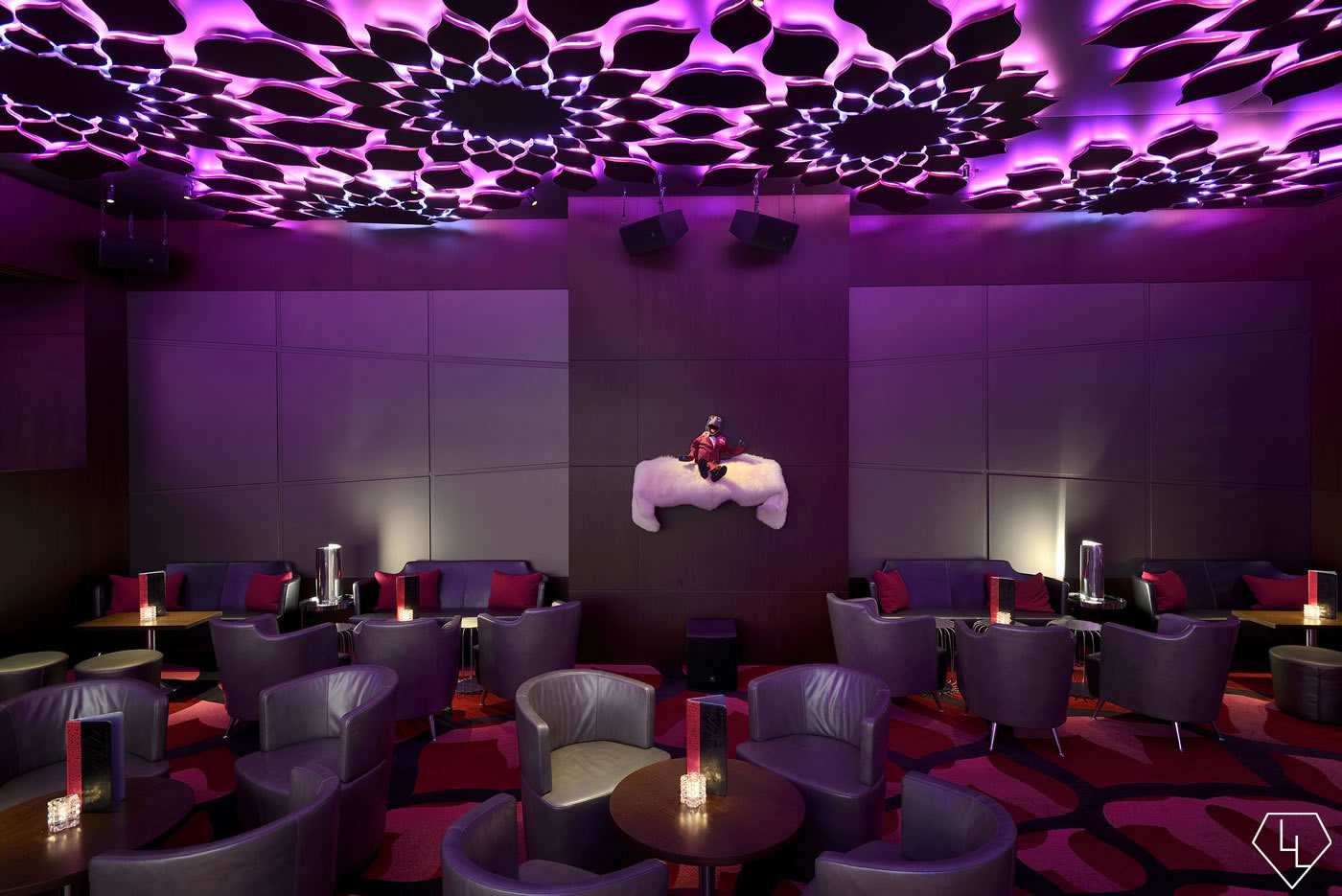 Razzmatazz : conceived and designed by Henry Chebaane of Blue Sky Hospitality. It is based on the idea that you don’t fly on top of a magic carpet – you fly inside it, to another dimension in time and space, transported to a magical realm where not everything is what it seems.

Razzmatazz is the ultimate immersive brand experience, inspired by Persian and Azeri rugs and related elements. Oriental rugs were used traditionally as story books: into it were woven patterns, colours and symbols full of meaning, often poetic or extraordinary… All this content is magnified within the interiors as physical and emotional sensations: instead of looking at a single rug on a floor, Razzmatazz is experienced as being Inside the rug universe: a woolen geometric surface covers the whole floor, then its patterns (a stylised flower cross between a Persian rose and an Azeri pomegranate) pop out onto the walls and ceiling, colours are within the materials but also leach out through glowing lights. The bar and wooden wall panels contain angular lines that trace the threads of a giant imaginary loom into space… 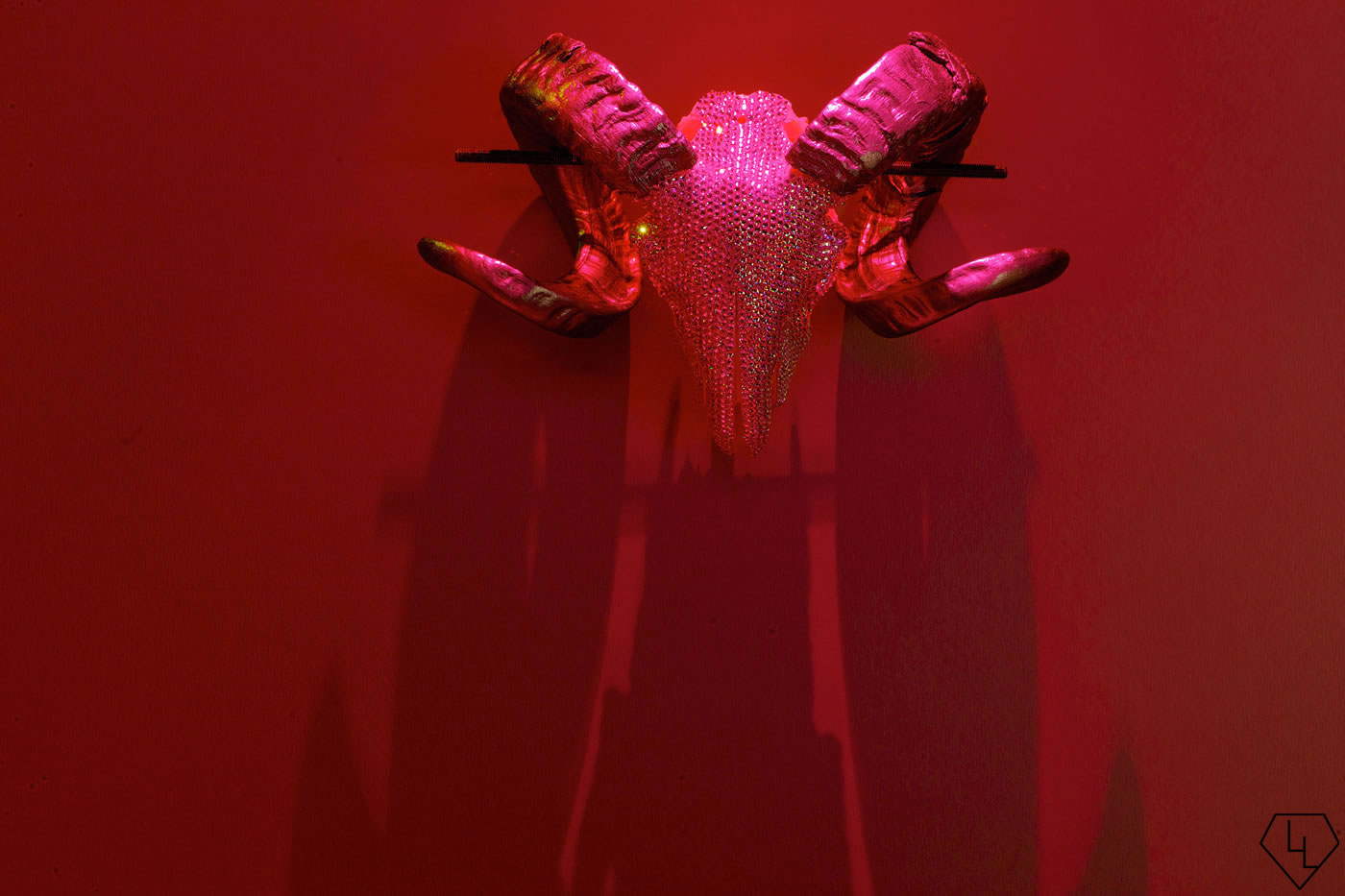 So now, what is the story?
This late night speakeasy cocktail bar is about Ed Razzle and Tom Dazzle.
Two entertainers adventurers originally from London, they arrived in Long Island, USA in 1925 where they played along the beach an unusual combination of percussion, juggling, magic and singing… One day they met the Great Gatsby who was amazed at the entertainment potential these two guys could bring to his (in) famous underground parties. He offered them shelter in exchange to performing their act exclusively for his guests in his own private club. They learned the art of cocktail making and had a blast time. Eventually, they got bored of all that partying and wanted to travel again.

One night, they meet one of the guests who was a wealthy tea merchant just arrived from the Far East. He had some samples with him that were tasted. They all thought it was a very aromatic drink but lacking in fun… So R & D decided to spike it up a bit by adding all the left overs from opened bottles after the party: vodka, gin, tequila and rum as well as lemon and cola. Over several nights they perfected the mix and created new versions. It became the most popular drink as it could easily be shared by several guests at one table. They called it the Long Island Ice Tea. 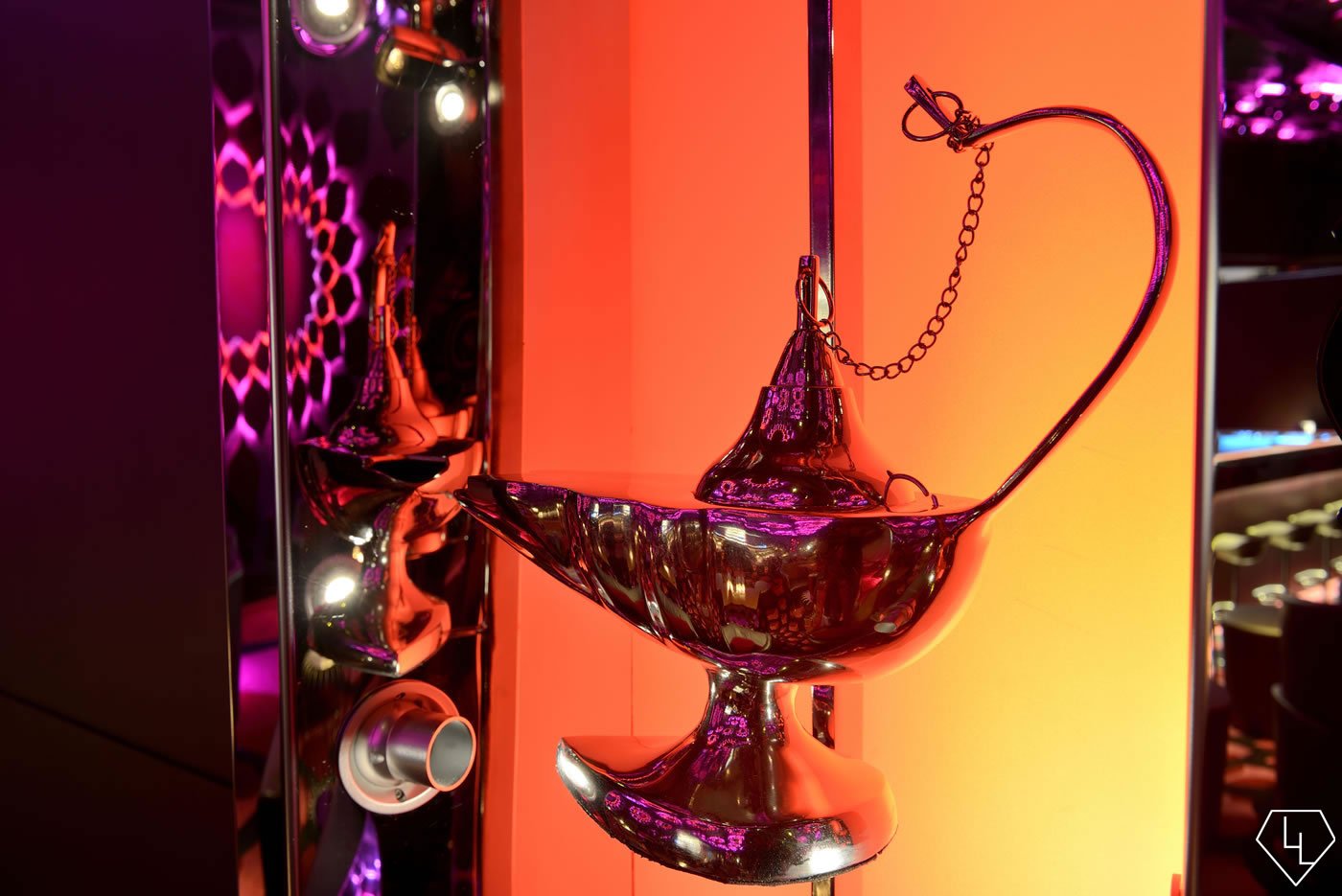 After a few seasons, R&D grew restless yearning for adventure. They met the tea merchant again who was going back on his journey East and accepted a ship ride with him in 1930. They stopped in Istanbul, learned about coffee, sugar and spices…then went through Suez along the Arabian Coast, arrived in Ormuz and travelled through Persia.
They joined a camel caravan transporting dates, cane sugar and perfumes, going north to the Caspian Sea. En route they learned about the fruits, flowers, music, arts and scents of the region by stopping along the way to ancient cities like Shiraz and Ispahan. They eventually reached the cosmopolitan Baku.

Ruled by the Soviet, the place was no fun but its ancient culture was intriguing, exciting and inspiring to R&D. Having gained experience of running an underground party and drinking club during the prohibition in the USA, they decided to create the first (and only) speakeasy in Baku.

The location was so secret that no one revealed its existence or spoke about it… To this day no one knows for sure where it was. Some say in a hidden cellar under the house of parliament, other say somewhere in the old city behind the caravansaray, entrance concealed by one of the carpets… The club membership was strictly by personal recommendation that members of the remaining merchant class, artists and intelligentsia passed to each other under the code name: RAZZMATAZZ. 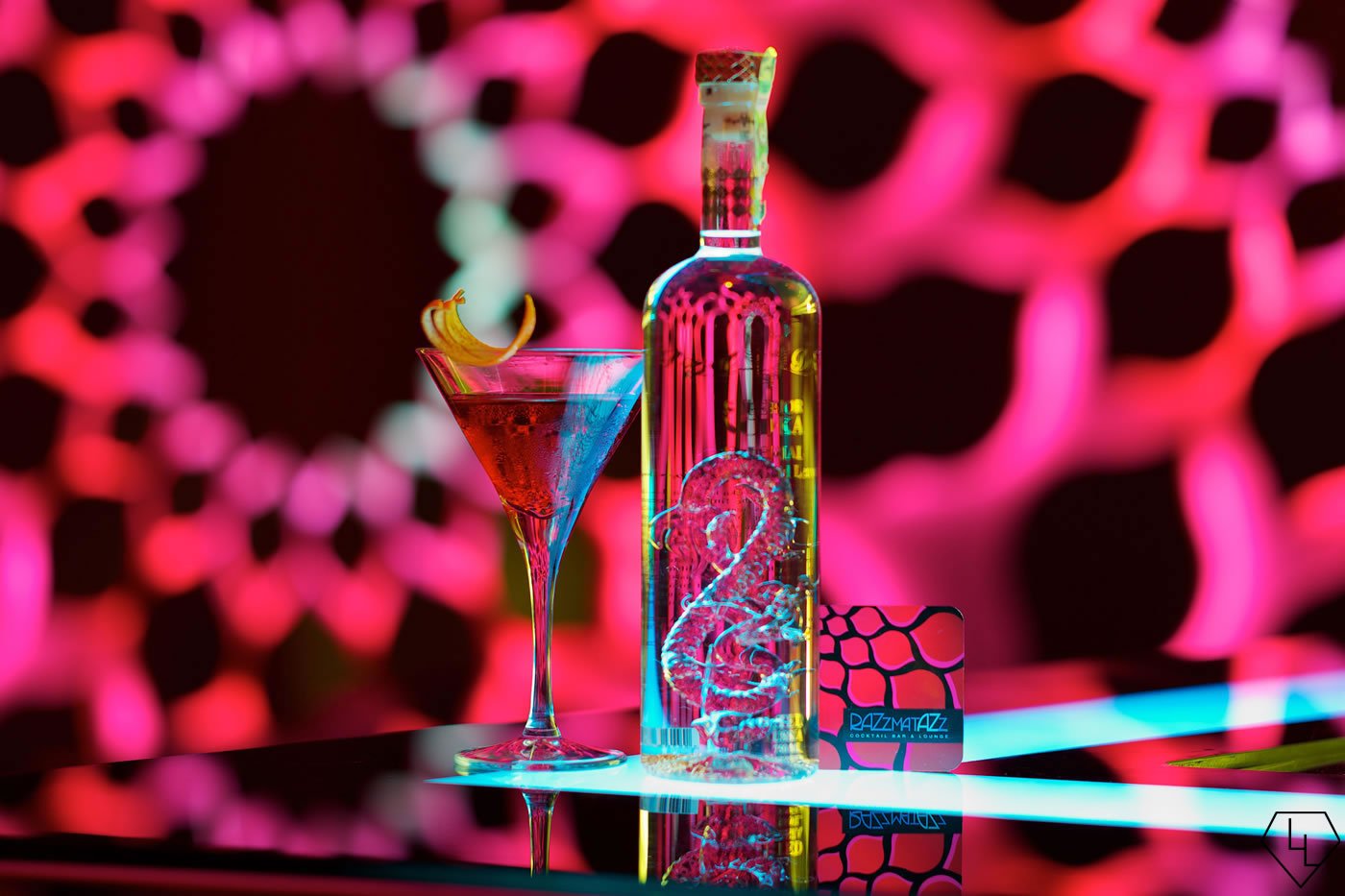 This was the word that one had to murmur at the door after knocking 1, 2, 3.

For many years the legendary club was a refuge to play western music, taste drinks and food that was banned by the soviets as signs of decadence.

In the turmoil that followed WW2 and Stalinism, no one knows what happened to R&D and to the club. Some say they married locally, changed their names and disappeared into one of the villages in the Absheron peninsula. Other claimed to have caught sight of them in Cairo, Mumbai or even Macao. There was also a strange report in the New York Daily Mirror circa 1960, of an avant-garde underground jazz and comedy club in Brooklyn decorated wall to wall in Persian carpets and run by two eccentric dudes, their exotic looking wives and a pet “whatnot” called Gonzo.

The mystery lives on forever but inspired by this tale, we are reinstating the legendary Razzmatazz @ the Absheron, premiering right now.