Blue meth isn’t all Heisenberg’s famous for. Now, he’s out and about offering extremely pure coffee to caffeine-addicts too! Opened in Istanbul, Turkey, Walter’s Coffee Roastery is all things Breaking Bad. The coffee shop has been making headlines lately, owing to its charming Breaking Bad theme. Completely inspired by the hit television show, the coffee shop was opened by Deniz Kosan, a fan who simply couldn’t get enough of Walt and Jesse’s exploits. The baristas are dressed up in yellow lab suits, complete with gas masks and bluish lab gloves. Lattes are served in beakers, enabling patrons to keep an eye on how much coffee they consume, while the shop stays pure to the theme. 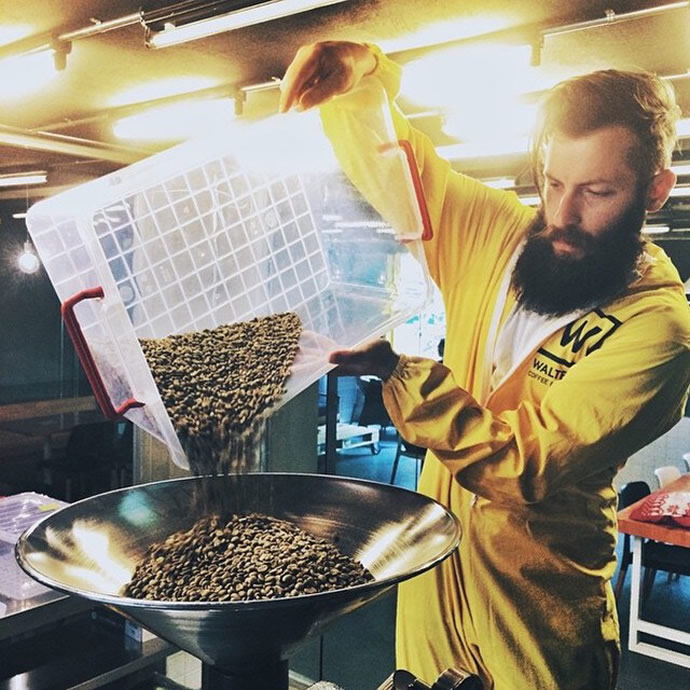 Obviously, Kosan has taken great care to ensure that the coffee shop looks like a high-tech meth lab, the type Gus Fring would probably approve of. Apart from its “ready-to-cook” baristas and the industrial laboratory theme, Walter’s Coffee Roastery also offers several Breaking Bad-themed foods on the menu. One of the most eye-catching of all of these are the “blue meth” cupcakes. While these surely won’t get you high, they’re pretty addictive. According to Kosan, the idea for the coffee shop first sprouted as a joke between him and his cousin. Speaking about his cousin to BuzzFeed News, Kosan said, “He looks like Walter White from the TV show and I thought it would be great to create a place where people can work and enjoy fresh roasted and brewed coffee”. 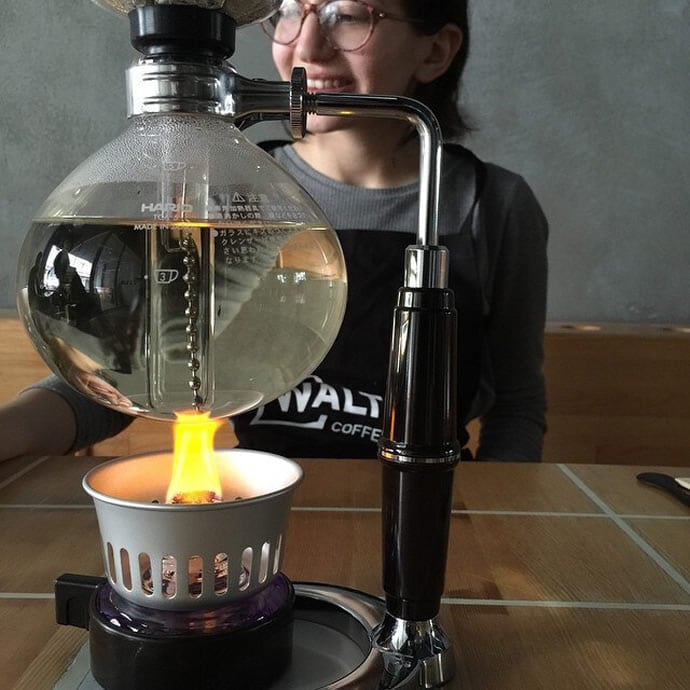 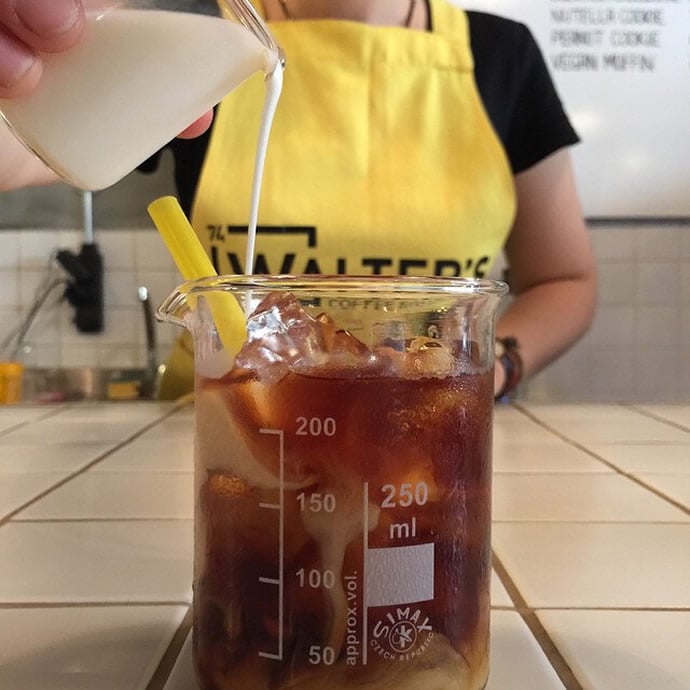 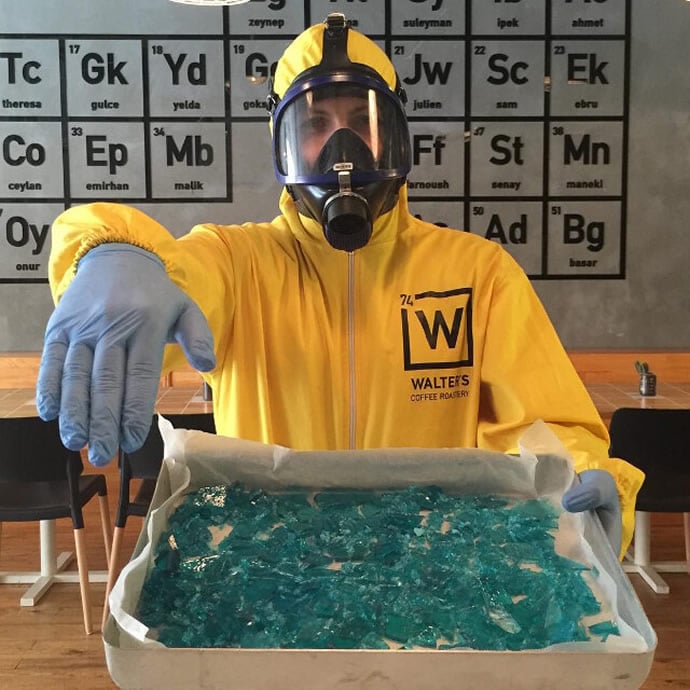 Tags from the story
Coffee