You might remember the awesome Bugatti racing yacht concept we covered a couple of weeks back. It was the work of a UK based industrial designer named Fraser Leid, who had designed the concept inspired by the iconic Bugatti Type 57. The incredibly talented designer has showcased yet another concept, this time a futuristic faucet inspired by Audi and its quest for innovation. Named Hudōr Faucet, the water fixture incorporates a system that allows the user a “hands-free washing experience” by integrating a motion detector, an easily replaceable liquid soap dispenser and a bacteria disinfectant black light. 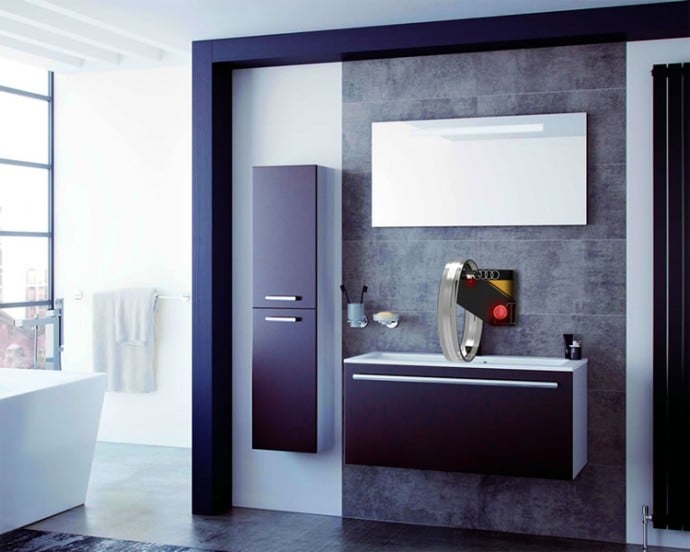 Unlike the traditional faucet and basin combination, the Hudōr changes the perception of hand sanitation entirely. Its unusual design focuses on simplicity, while blending queues from Audi’s automotive ethos of harmonious quality assurance and technology integration. The setup utilizes carbon composites that act as a shell for the main base of the mixer. The circular ring consists of tempered glass, which incases two aluminum rings. One of these rings, houses several spouts, which produce soft jets of water in various directions. The other ring houses a black light, which is used to sterilize/sanitize the users’ hands of bacteria while they are being washed. A small infrared motion sensor is located at the base of the spout ring, which detects motion from the user, engaging and disengaging the water jets. An easily accessible liquid soap dispenser is located at the rest of the housing. This is infused with the water as it escapes from the various spouts. A simplified temperature adjustment rail is situated in the front of the base. We’ll definitely like to see a fully-functional unit of this futuristic hands-free faucet. 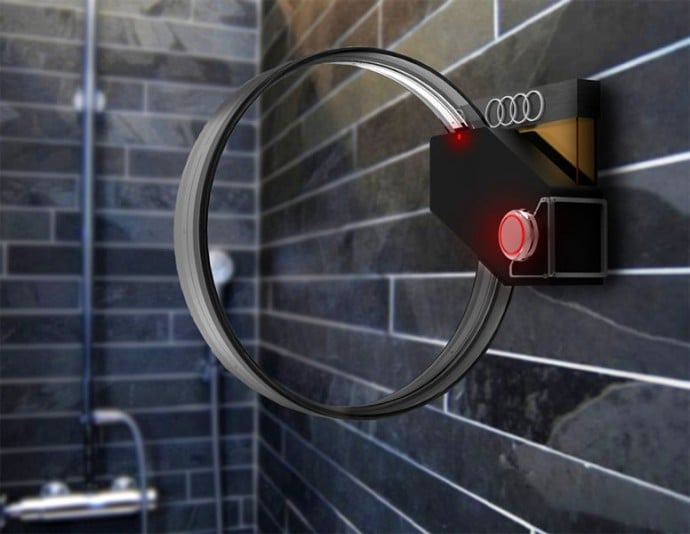