When in need of a seven deadly sins-themed hotel, whom do you pick? Why of course, Chantal Thomass! The lingerie designer extraordinaire turned interior decorator has recently completed doing up Hotel Vice Versa in Paris. Here’s taking a sinful look! 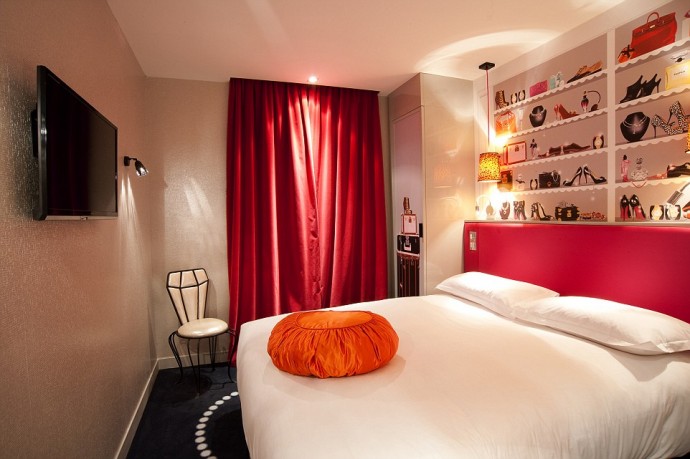 With heaven at the lobby and hell or ‘steam room’ in the basement, the seven-story hotel is for guests who want their surroundings to speak for them. So while graffiti and black walls with an illuminated skull on the bathroom floor evoke ‘wrath’, clouds on the ceiling and butterflies on the walls scream ‘laziness’. If you move on to the ‘envy’ room, everything from shoes to perfume and jewelry take sinful to another level. The tea room-theme with macaroons for cushions and a milk bar-style kitchen is ‘gluttony’ all right! And ‘pride’ is well represented by its palatial feel replete with hints of gold and marble columns. 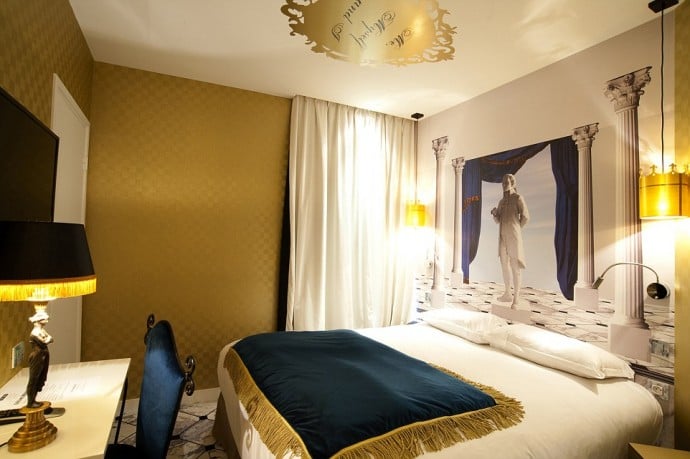 The hotel’s pink and black ‘lust’ room comes as no surprise given that the French designer dressed Coca-Cola in lace and satin ribbons for spring. Meanwhile, the ‘greed’ room quite literally induces the sentiment with its multiple currencies adorned setting. “When Pierre Martin-Roux of the Compagnie Hôtellière de Bagatelle offered me a whole hotel, I jumped on the opportunity,” said Thomass for whom working with Miserliness and Pride was more daunting that say, Lust and Gluttony. “I wish you happy sins for sweet nights!” Which sin would you pick?