Much is being planned this year. Museums, exclusive bachelor pads, and resorts. And this includes the newest luxury resort by Soneva in Magical Maldives. Plenty of sun, beach, tropical greenery, sea … and sky; you will have the option to sleep with the stars. 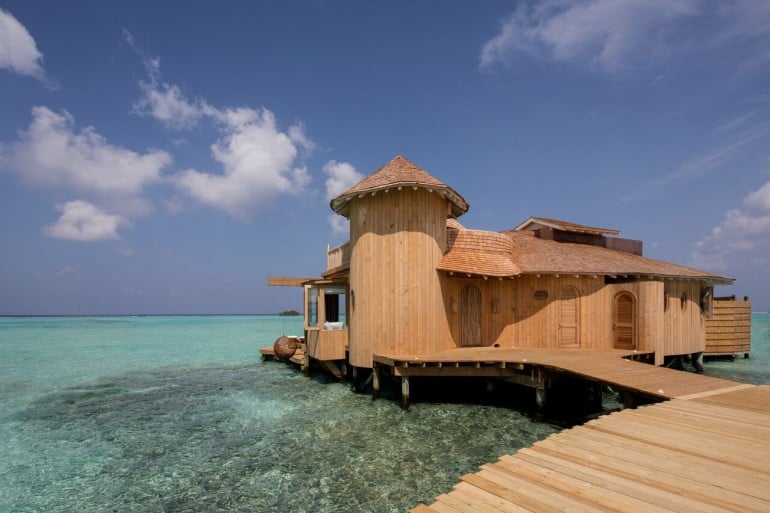 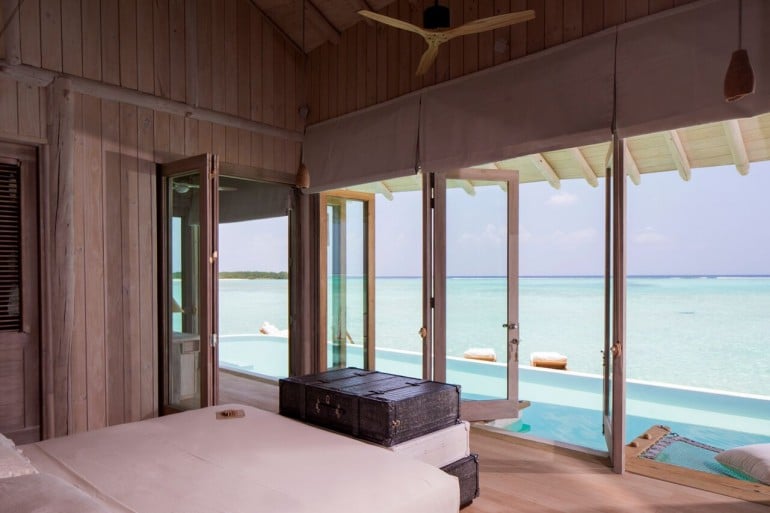 The villas will have a private pool, which you would most likely ignore because you have the option to choose villas which will have decks from which you can directly jump into the lagoon. 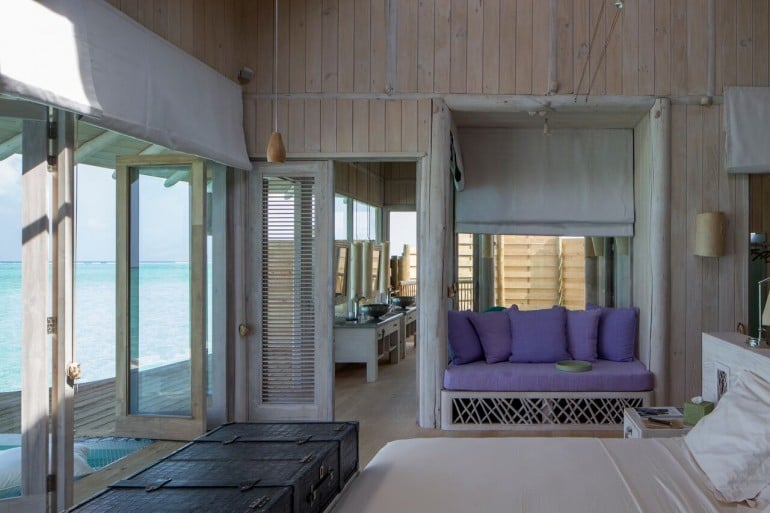 And here is how you can romance the stars – the villas will have a retractable roof in the master bedroom, which slides back at the touch of a button. 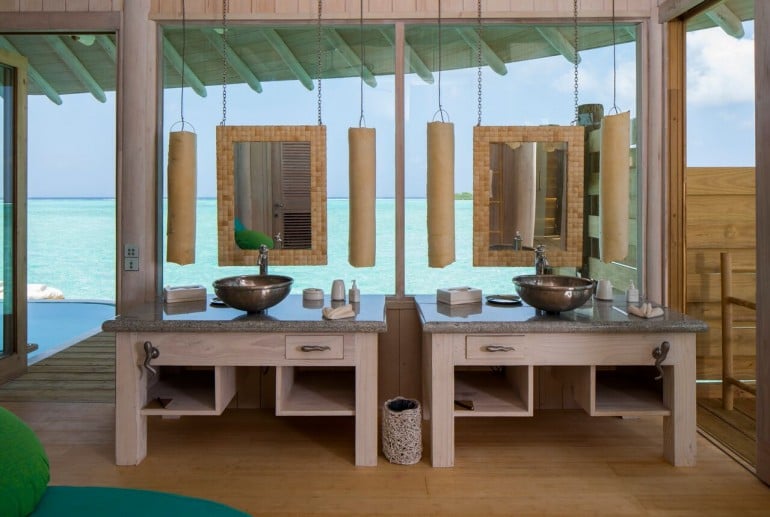 Interiors are done by Soneva’s favorite, Eva Shivdasani, one of Soneva’s co-founders. 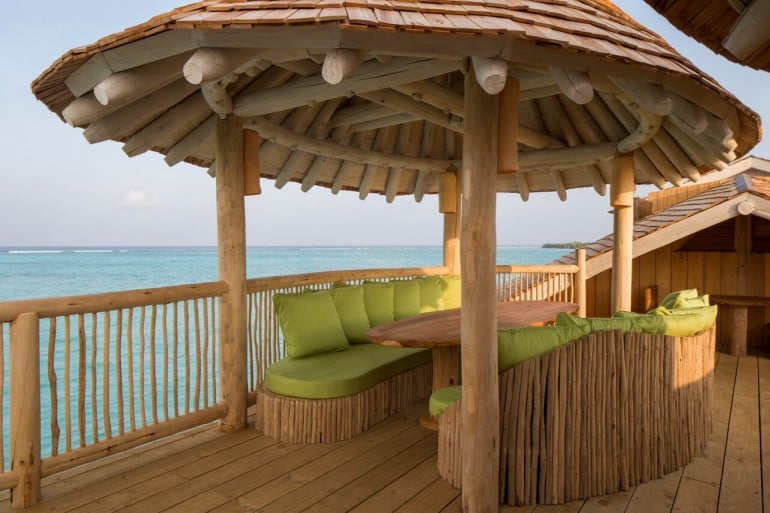 There will be five dining outlets and Soneva’s cheese, chocolate, ice-cream, and charcuterie rooms. 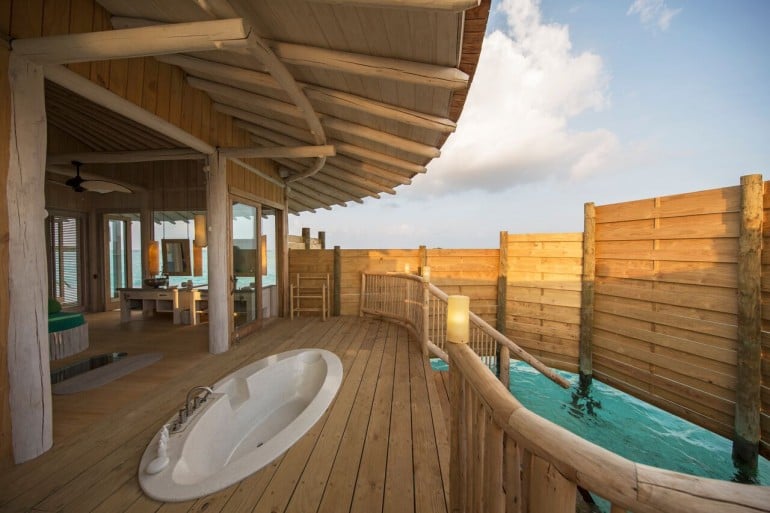 The resort will use seawater with UV filtration, and the villas have been built over the sandy floors of the lagoon, with no damage to any part of the reef. Solar PV will be a significant source of power generation at the resort. All waste-water will be collected and treated on-site, and water will also be produced on-site, including drinking water. Waste will be recycled, while the vegetable garden will give local produce for the restaurants based on organic principles. Other amenities include a spa, a dive center, an observatory, a children’s den, an Eco Centro, organic gardens, and an outdoor Cinema Paradiso, which will be the first ‘silent cinema’ in the Maldives by giving guests Bluetooth earphones to watch movies so as not to disturb the nesting wildlife in the area (the point to detail is commendable!). 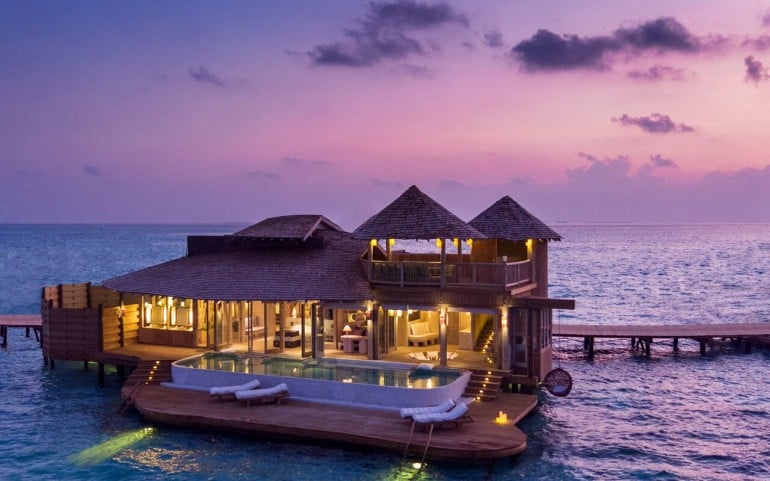 Tags from the story
Maldives