Quattro. A legendary piece of technology which has been an integral part of every Audi’s armour to fight off its rivals since 1980. Today, of course, it is a technology that is present in many cars but Audi made it famous. Quattro means AWD and that means power is sent to all wheels which in-turn means traction and the ability to drive unscathed regardless of weather or road surface. The first car to carry this tech was the legendary Quattro which has been an icon and worshipped for its rallying victories.

That car came to my mind when I was driving the Q5 through the desolate, broken roads near Rajasthan. This was very much like a rally stage and the Q5 drove through nonchalantly without breaking into a sweat. So yes, with the original Quattro DNA flowing through its veins, the new Q5 is yet another fine iteration of the Audi Q range of SUVs.

Its significance is deeply rooted in the fact that Audi sells this the most and thus with a lot riding on its shoulders, this midsize luxury SUV strikes a crucial balance between luxury and performance. For starters, we were impressed by its restrained aggression which is a pleasant surprise in this day and age of needless bravado exhibited. 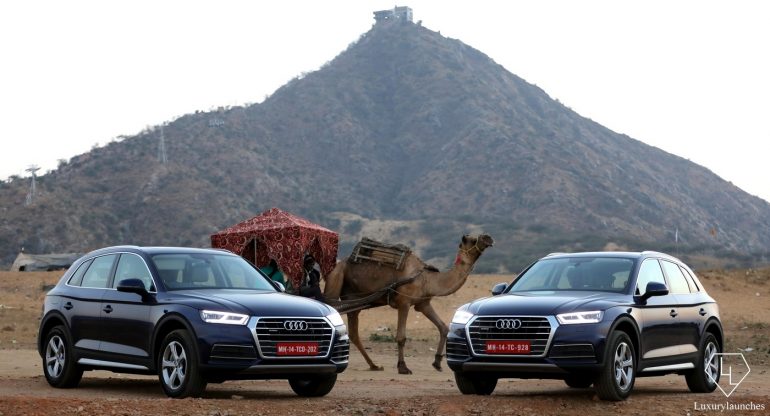 It is confident in its demeanor yet calm. We like that. The signature grille is bigger and swollen to complement those sharp LED headlamps with DRLs. The rear likewise is neatly rounded off with the traditional Audi design cues but a bit more honed and fettled. Step inside and it is a fortress- albeit a luxurious one. 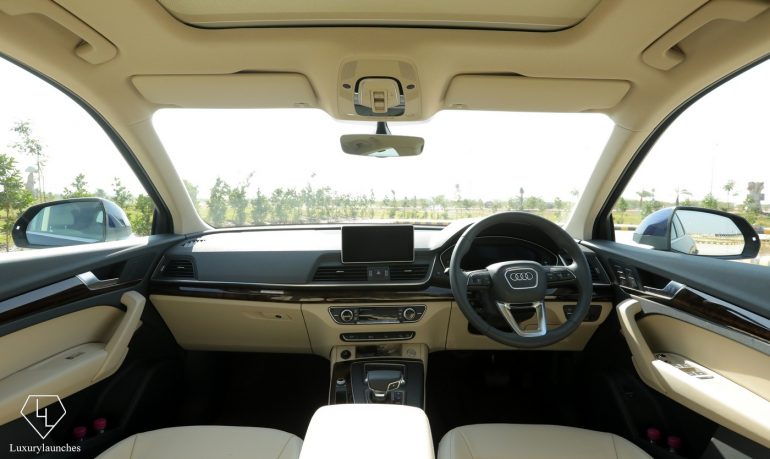 Just like the exterior, the theme here is being subtle with a generous garnish of technology. While it may not have the running air con vent like its A4 or Q7 sibling, the design is pleasing to the eye with a neatly stacked dash and logically laid out buttons. Unlike the A3, you have a free standing 8.3 inch screen which is connected to the staple MMI system. The MMI system is pretty intuitive to use with a slick interface and it’s easy to dive into the various functions. The talking point though is the virtual cockpit which does away with conventional instruments and instead has a 12.3 inch customizable screen which means you can change the display to see what you like. You can toggle between either a full view of your navigation or audio plus of course you can always change it to the conventional dial set-up. But that is not all as there are more features with a few notable mentions including the massive panoramic sunroof which let in some much welcome sunshine on a cold Rajasthan morning plus three-zone climate control, powered front seats and boot release, 8 airbags, park assist with 360 degree camera and more. That said, the recently launched XC60 has set the bar higher with air suspension, radar based safety features, massaging seats and what not which the Q5 lacks. 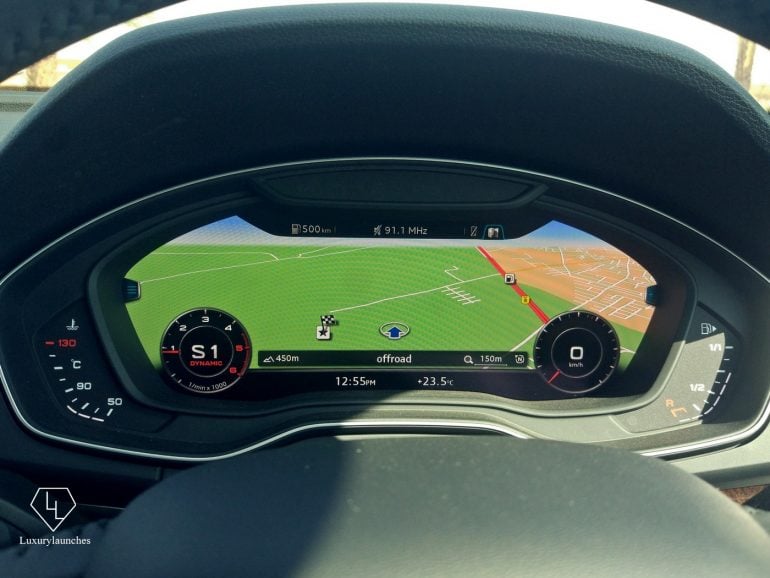 Yet most of this is hidden discreetly being more akin to an obedient butler- only when you need it that it presents itself. The new Q5 is also well endowed with comfort and you would not be short changed here. The rear seat is comfortable and spacious albeit for two passengers only due to the centre tunnel, as the middle passenger may find it a tad difficult to sit. Our test drive was in Rajasthan which has one of the best roads with vast empty stretches to flex your right foot and we naturally obliged. For India, Audi has stuck to an oil-burner which is a 2.0 diesel developing 190 bhp and 400Nm with a 7-speed dual clutch automatic and the aforementioned Quattro system. 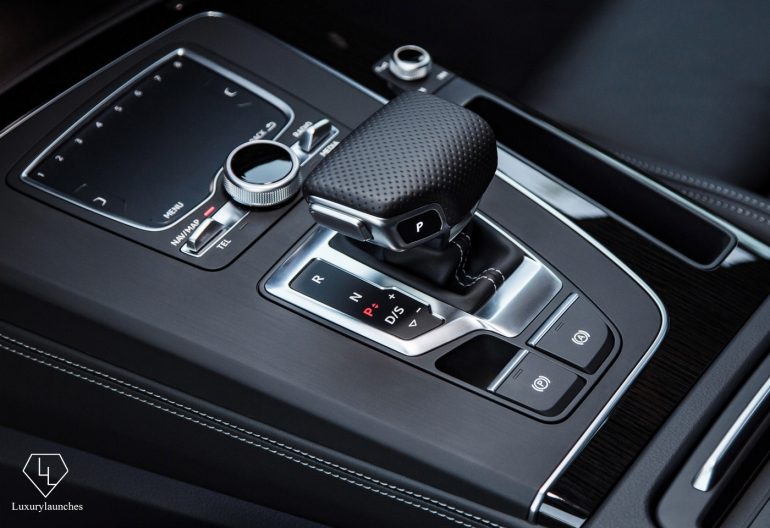 A very important ingredient in its driving experience is the Audi Drive Select which lets you alter the various dynamic facets of the car. This works like a charm and in Dynamic mode, the Q5 enters its Jekyll and Hyde mode where it temporarily forgets that it is an SUV and it drives with the agility of a jacked up hatch. Driving this SUV through the varied terrain also showed the off-road prowess where the Q5 lapped up the tricky mountainous roads like a walk in the park. Quattro and the various off-road toys giving you a relaxed driving experience even when the roads end up not looking like roads in the first place. 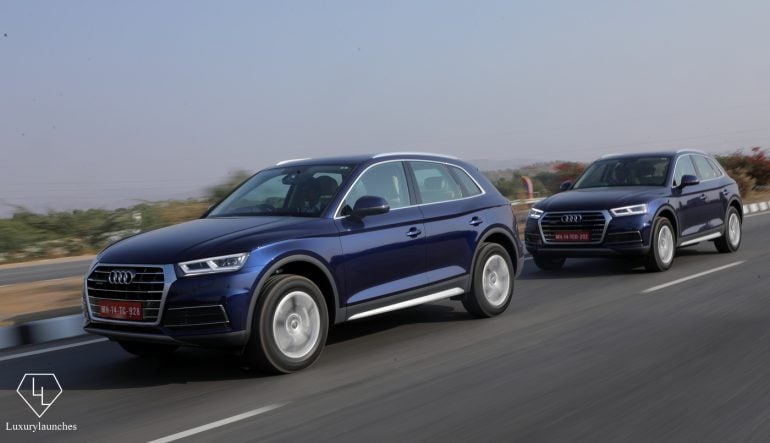 The new 2018 Audi Q5 then takes the concept of a mid-size luxury SUV to the next level with its class leading refinement, performance and quiet good looks along with nimble road manners. Audi has always had the upper hand in the luxury SUV space and this new Q5 demonstrates that. It needed this reboot though as competition has become fierce with Lexus and Volvo upping the ante while the upcoming X3 would also be a force to be reckoned with plus of course there is the Mercedes GLC and the Jaguar F-Pace. Thus there is no shortage of competition for this new Audi but with its wide array of talents, the new Q5 does impress and stand out. The original Quattro would be proud.