When you think of driving Porsche you would think luxury, defined by an experience that is no less magical than gliding on tarmac. This was pretty much the idea I had subscribed to until I was invited to try a Porsche out in an off-roading terrain. Quite out of the ordinary for a Porsche try-out but that’s the extent to which the brand wants to promote its off-roading capabilities. Where, you may ask, could we afford to rough up a patch of land in crowded Mumbai to stretch a Porsche’s off-road muscle? It turned out to be the Bandra Kurla Complex, more famous as BKC, Mumbai’s prime corporate and open-land event venue for a number of activities.


The drive commenced at the Porsche center at BKC where I was bequeathed a handsome Cayenne Diesel, which I graciously accepted, no questions asked. Known for widely for making very fast cars, I wouldn’t envision myself testing a Porsche on an off-roading terrain. Along with the Cayennes were a bunch of Macans that started the journey along the Bandra Worli Sea Link where I reaffirmed the thrill of driving maneuvering the Cayenne on a city road. Then came the part we waited for with bated breath. 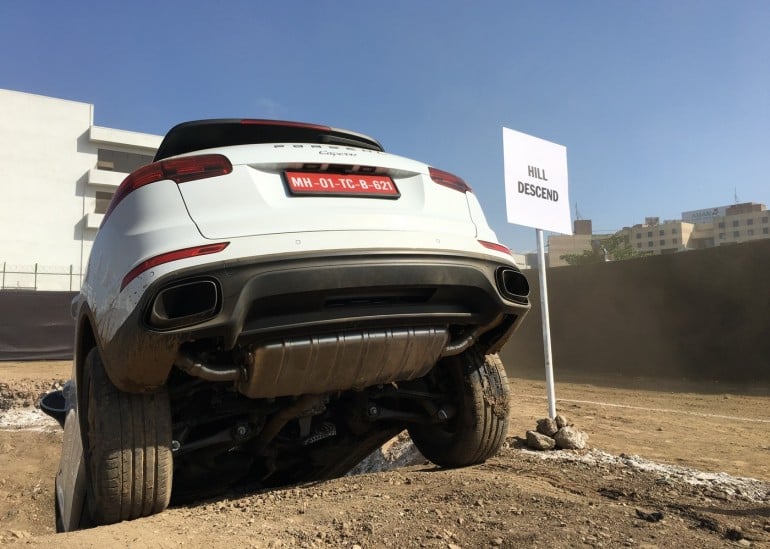 We arrived at the track that was specially constructed to accommodate the thrill of off-roading. It included gravel traps, log crossings and deep mud terrains. The ride was specked with a number of highlights and unfolded in the following manner. The acceleration and braking exercise was insightful as it greatly elevated my respect for the ABS, even while stepping hard on the brakes, while on gravel. The sway is negligible and the sturdiness of the car in such a scenario, which would be precarious if occurred naturally, was beyond impressive. The next leg tested the performance of the Porsche when executing a steep ascent and descent. It goes without saying that this was when we switched the off-road mode on, instantly realizing how well the car anchored to the ground. Porsche’s downhill control (PHC) technology made downhill runs safe and enjoyable rather than perilous. The system is extremely intelligent in limiting the speed of the car by applying brakes automatically. For maximum grip, the brakes are applied on all four wheels. 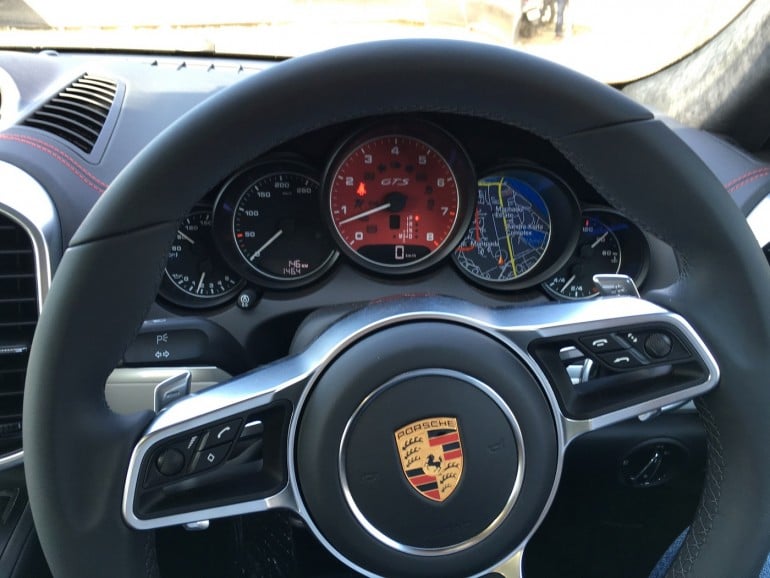 When made to drive over a slanted slope, the Cayenne comfortably completed the task. Then came the more challenging laps that included trenches and driving through slush. The trenches nearly engulfed the entire Cayenne, but thanks to the Porsche Torque Vectoring Plus (PTV), Porsche Traction Management (PTM) and Porsche Stability Management (PSM) systems the car could sail through the challenging terrain and also brave the slush.

For someone who took to simulated off-roading for the first time, this was exhilaration like never before. What started off with a cloud of doubt turned into a pleasurable realization, not only about the thrill of off-roading but also about the capability of a car that always rested in my mind as a luxury drive. My key takeaways from the experience is that a Porsche, for all its good looks and comfort, is nothing near a delicate piece of engineering. It’s tough to it’s very core and programmed to overcome circumstances that go beyond straight roads.