It may not be a Fabergé egg. But that’s because it’s better! Piano Solutions XXI, an expert piano restoration company, is releasing a million-dollar Fabergé inspired masterpiece! Crowned the New York Serenade, the customized piano invention comes adorned with over 164,000 cubic zirconia stone smithereens. The piano-de-résistance is reminiscent of the aura of New York’s renowned jazz era and its musicians. The 1917 Steinway & Sons grand piano marries the vintage allure of its American make to modern-day refinement. It was a year’s worth of restoration work by father-daughter duo Gene Korolev and Katherine Banyasz of overlaying, drilling, and hand setting gems in an apostle of lacquered elegance. 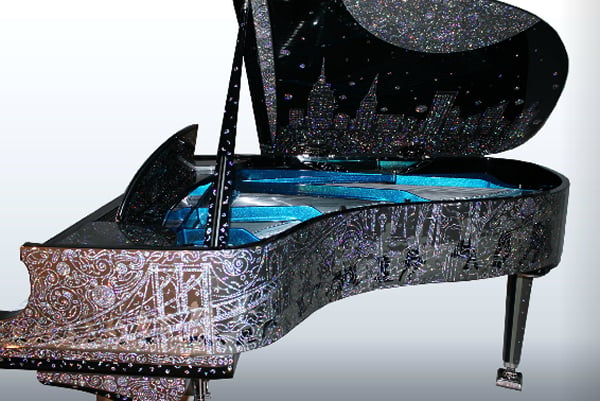 The superb Serenade designed for the last generations boasts a live-performance Model LX high-resolution player system, with an advanced trap-work mechanism that displays self-moving pedals. This allows the piano to play music from any wireless source with a mini iPad to keep it classy company. Such astute restoration deems it an exemplar of redesign and renders an air of reclusive decadence. There is also a complementing bench containing over 7,500 gemstones to provide it the perfect sparkling sophistication. As a result the piano cost is astronomical .”. 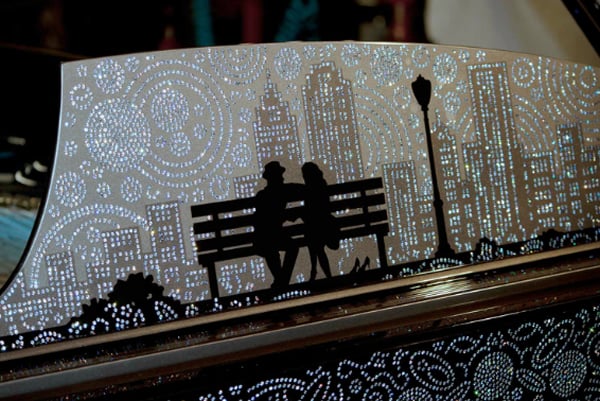 Intricate imagery of Central Park, Grand Central Station, the Brooklyn Bridge, Cotton Club, and Steinway Hall gleams in the sheen of lab-made diamonds, dazzling across the piano body in an art deco aesthetic. The piano leg mimics New York’s skyscrapers, while the city’s skyline features on the lid. 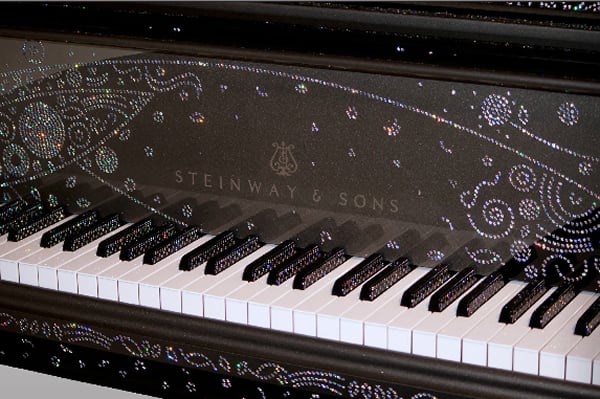 A romanticized moon from Glenn Miller’s “Moonlight Serenade” greatly resonates in the musical marvel. But what the Serenade really possesses is the penchant of hurling you down the heartfelt-memory road and penetrating deep into the pensive core that comes over to have you serenaded on the outside and from within. “The piano especially reminds me of that tune sang by Frank Sinatra, ‘New York, New York,’” gushes Banyasz. 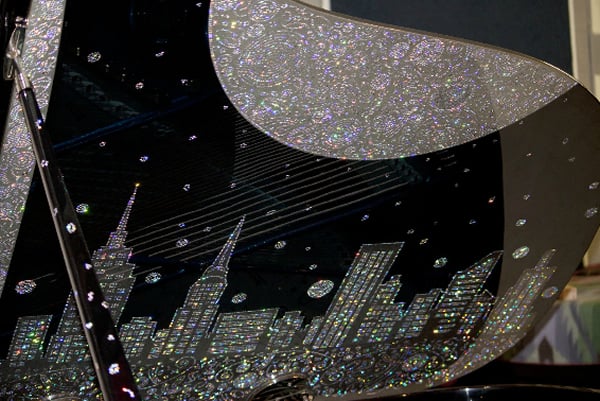 But if you cant gush enough, get past Faber-fab to the symphonies of the gilded Louis XV grand piano, the mother-of-pearl and of course, the Swarovski-studded piano. And if even that’s not enough, then there is the shining star played by the musical gem himself, Elton John’s piano. 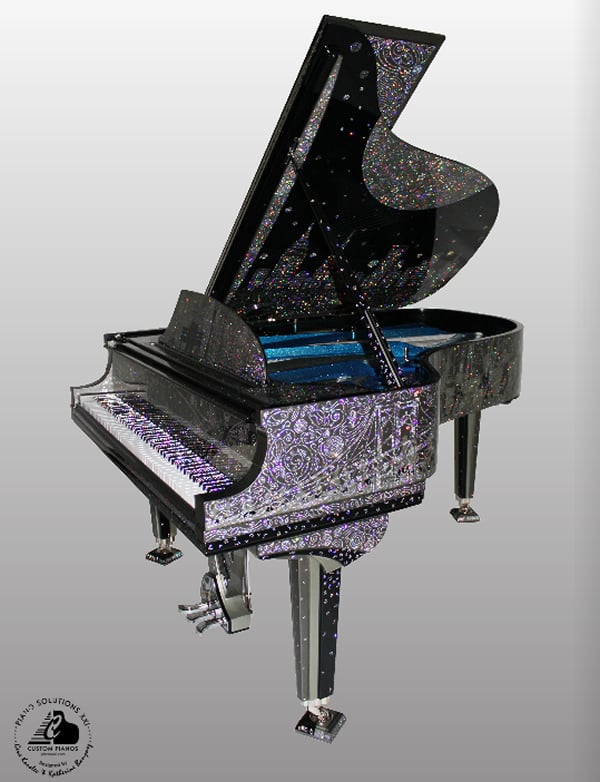 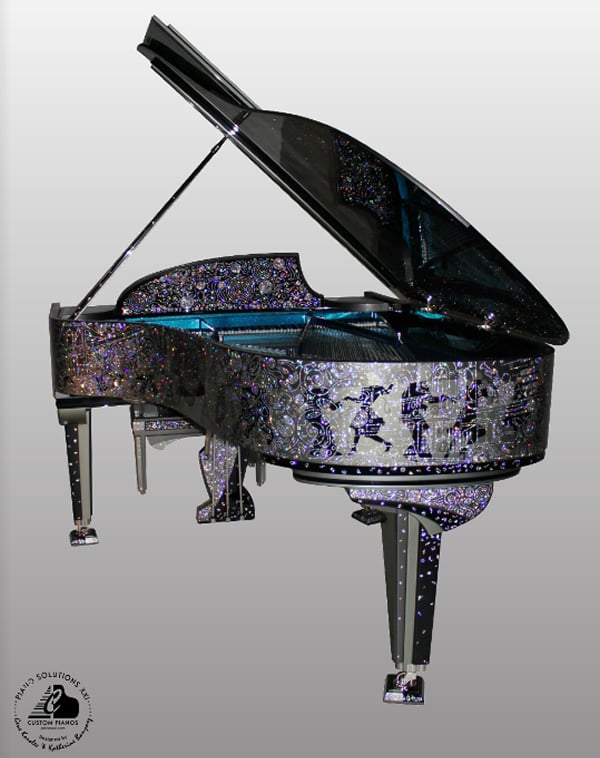 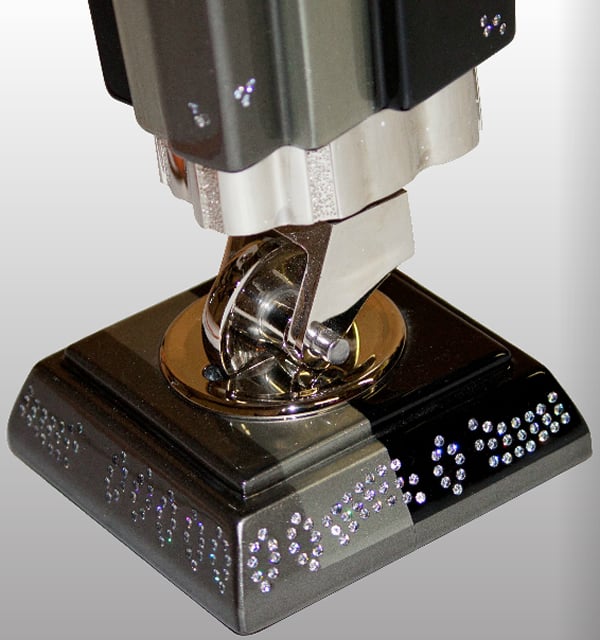 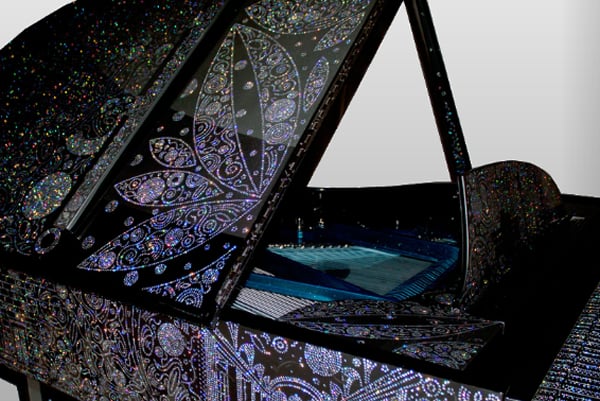 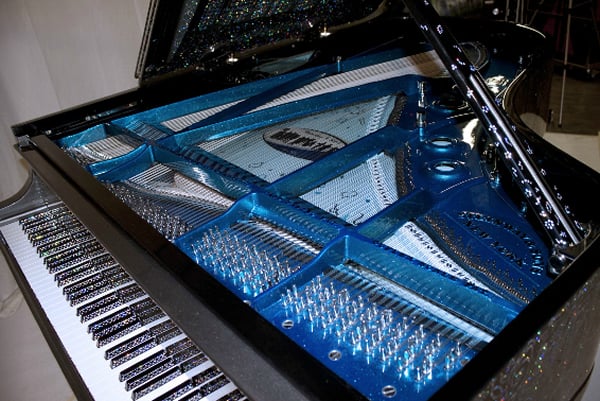 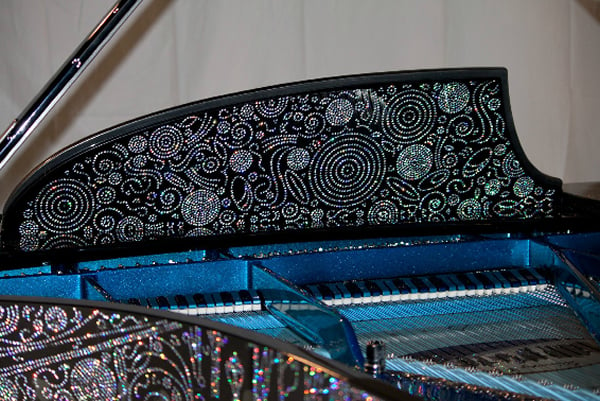 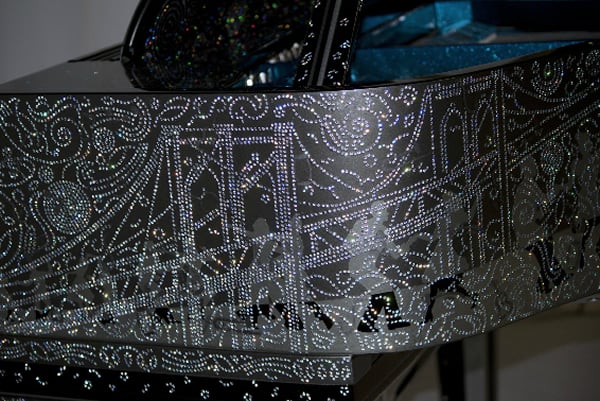 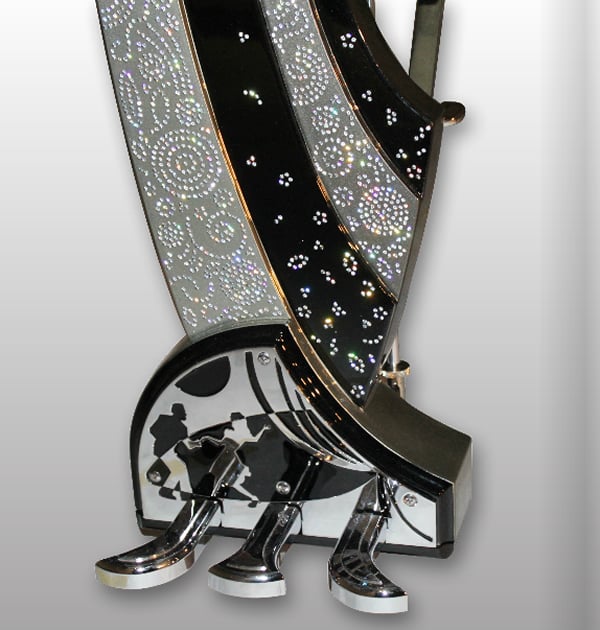