It’s not new for an automaker to make a life size version of one of its models using regular sized Lego bricks; you might remember Porsche’s full-scale 911 GT3 RS model made out of Lego bricks that was put on display at the Mall of Scandinavia in Stockholm, Sweden a couple of years back. However, Porsche’s latest installation at its museum in Stuttgart has taken a slightly different approach. The display piece is an enlarged version of the 911 Turbo 3.0 you’d find in Lego’s Speed Champions lineup. But instead of it being made of regular sized actual Lego bricks, it is constructed out of giant versions of it. 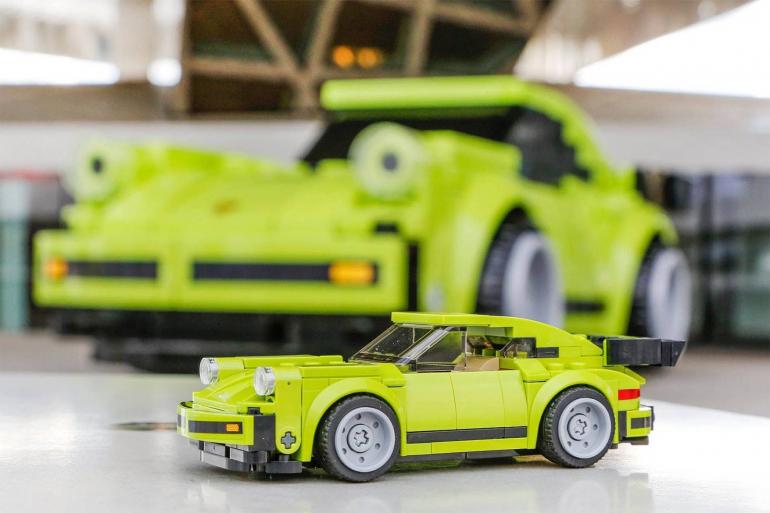 The full size version will be on display at the entryway of the Porsche Museum until April 19 and then becomes an exhibit Porsche Tennis Grand Prix in Stuttgart from April 21 through 29. And no, the life size version is not on sale. However, you can buy the Lego Speed Champions kit that includes a modern Porsche 911 RSR racecar along with the late-1970s 911 Turbo 3.0 and retails for $29.99 in the United States. And, if you want something that’s a little more technical and engaging to put together, you can always get yourself the $300 Lego Technic kit for Porsche 911 GT3 RS that includes 2,704 Lego pieces and a 600-page instruction guide. 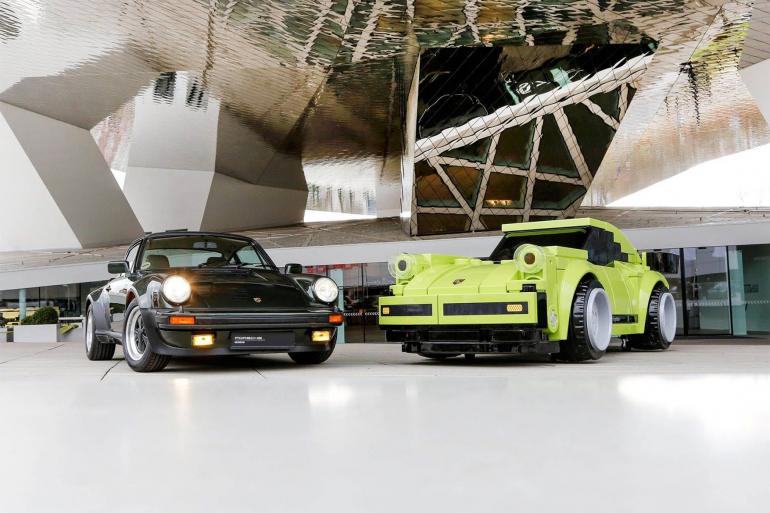 Tags from the story
Lego, Porsche