We have heard of cat burglars going after jewels, antiques, diamonds, masterpieces, stranger things like gumball machines and truckloads of beer but this one definitely takes the cake. The most expensive cheese slicer has been stolen from Amsterdam. On the night of Saturday, February 28th, a guard patrolling the Amsterdam Cheese Museum reported that the World’s most expensive cheese slicer had been stolen.

The cheese slicer was crafted in collaboration with Boska, a Dutch cheeseware maker and an Argentinian jewellery designer, Rodrigo Otazu. The slicer is encrusted with 220 brightly sparkling diamonds and is one of its kind. Costing about $26,000 one wonders who would have this kind of money to spend on a cheese slicer! How wrong we are, apparently there have been many queries regarding buying this slicer but Cheese Museum at Prinsengracht wanted the slicer to remain with them and be displayed to the public. 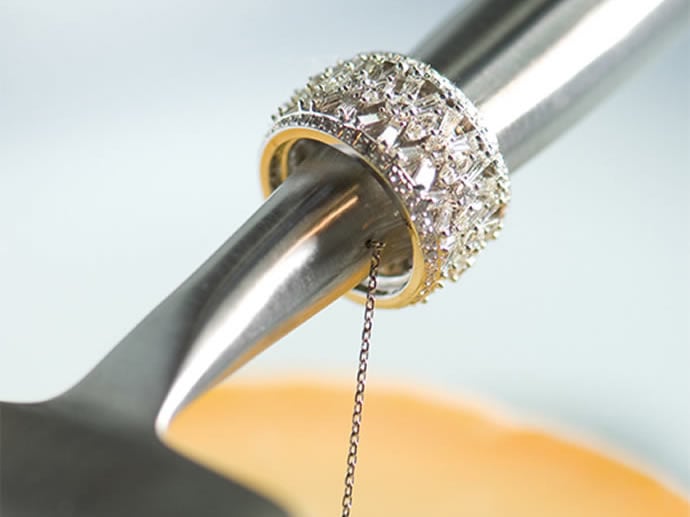 Investigations are underway and the authorities have caught the burglars on the security camera and subsequently their sketches too have been made. Anyone who can help with the identity of the thieves or help in retrieving the cheese slicer will be rewarded with a Boska Cheese Gift Basket and the world’s largest commercially available fondue set, aptly called Mr Big Fondue.

So anyone who has leads on the whereabouts of this cheese slicer can report to the authorities and claim their reward.