Though we have already mentioned about the World’s most expensive Barbie, I wanted to bring her back on Luxurylaunches today for the reason that every woman is going to appreciate it. All set to go under the hammer at Christie’s for about $500,000, this designer doll sports a necklace adorned with a one-carat pink diamond. Lending his exclusive touch to this Barbie, Stefano Canturi has placed the emerald-cut, fancy vivid diamond in a geometric pattern with smaller white diamonds. All of it totals up to 3 carats, which earns her the crown of Most Expensive. Not only that, but Stefano has also dressed her from head to toe in his creation of the black strapless dress, stilettos, hair, and other stuff. But the real reason I am discussing her here today is that all of the proceeds from the sale will benefit The Breast Cancer Research Foundation in support of Breast Cancer Awareness Month. Now that’s some real reason to feel good about! A Doll that would have been every woman’s best friend in childhood and Diamonds which are considered to be every girl’s best friend all her life have joined hands to help eliminate troubles related to her foe; breast cancer is one of the most common cancers in women. 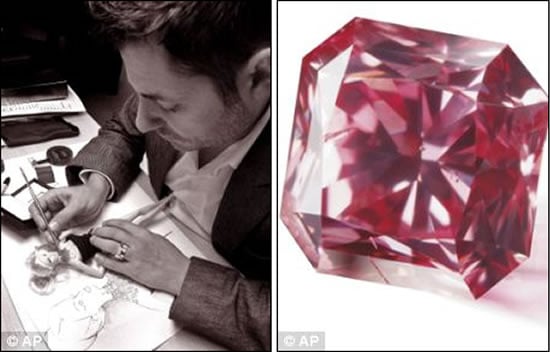 The world’s most expensive Barbie doll fails to fetch the estimated half a million dollar. Telegraph reports that this Barbie, sporting a one carat pink diamond, went under the hammer at Christie’s auction in New York for $302,500 (£191,000).
[Dailymail]