Those planning a visit to Florida’s Currie Park at West Palm Beach will soon be able to stroll around a new plaza that houses a restaurant, an auditorium, sprawling water pools, and hydroponically-grown greenery. However, what makes it stands apart from ordinary retail spaces is its unique structure that will float atop the adjoining coastal waters with the use of exclusive submarine technology.

The peculiar plaza utilizes a system of responsive air chambers that are similar to those used by some underwater vessels. Further, it features sensors that enable the structure to detect the load weight on the plaza, which further enables pumps to empty the water chambers when the load tosses up the maximum limit. Simultaneously, the air that fills the chambers will offer buoyancy, allowing the plaza to float at a consistent level to that of the water. It will further be connected to land via specially designed pathways.

Architectural precision apart, the plaza provides onlookers a stunning view of the sea along with whips of crisp fresh air. The unique structure forms part of a wider redevelopment for Currie Park which will accommodate residential towers, shops, an organic food hall as well as pool terraces. Apart from this atypical plaza that floats atop the shores of Lake Worth lagoon, architect Carlo Ratti Associati has also designed a park that sits perched at the top of a mile-high tower. His firm also plans on creating a remote co-working place in the Himalayan range in the near future. 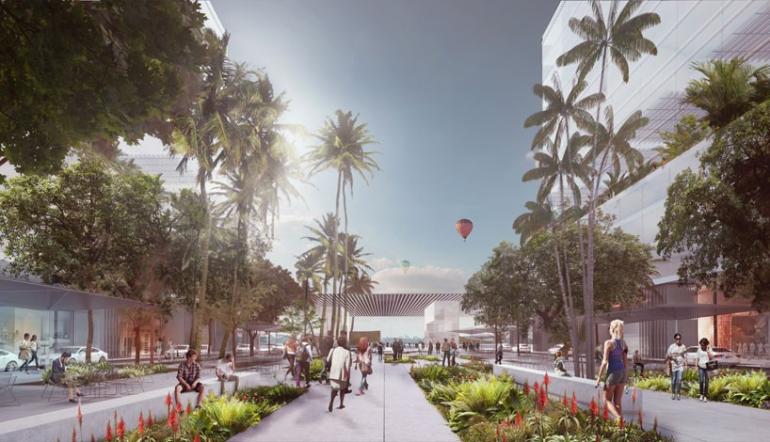