Looks like COVID-19 has like planet earth more than we imagined. It has definitely overstayed and the logical thing to do now is learning to live with precautions around it. For those who miss hotel rooms, ordering in, road trips, and scenic beauty beyond your balconies, there is a four-wheeled solution for you. A custom-built Scania R480 cab-over truck is a luxurious aluminum home with wheels that possesses multiple bedrooms, a full bathroom, and even a garage with a workshop. In short, everything you need to survive in comfort while being out and about instead of indoors and confined. Netherland-based company VAEX The Truck Traders is the brain behind this luxurious overhaul. The front of the RV always comes with a sleeper portion; with this deluxe version the area is fitted with a drop-down bed, making it a small bedroom right at the front of the RV. Move further back and you will enter the living area, which is rather commodious with a large sofa, a pop-up 32-inch flat-screen television (one of three TVs in the RV), and fragrances of scrumptious delights cooking in the kitchen that lies nearby. Speaking of the kitchen, you must not expect a kitchenette as this is a thing of opulence. The kitchen holds a four-burner induction stove, a large oven for those brownie and coffee days, a full-size sink, and a massive 49-gallon refrigerator/freezer combo. If there is anything else you need after a good time here is a place to nap and thanks to abundant space made here there is a master suite as well as a separate bedroom for the kids. A separate bedroom for kids with its own television and Playstation game console means parents will actually get some time to enjoy their snooze fest. 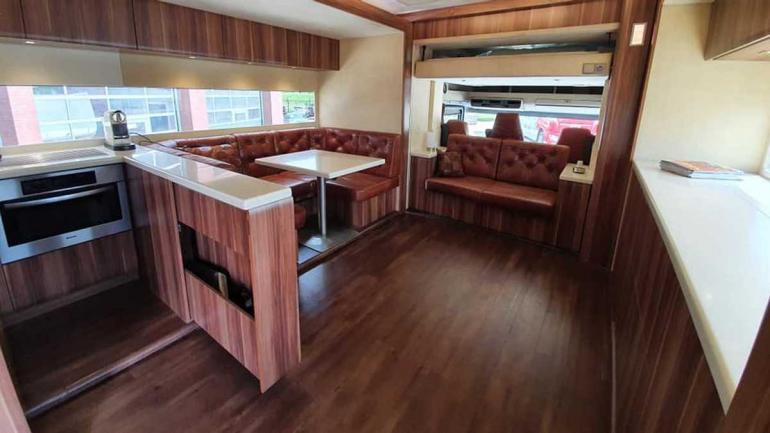 Now comes the part where you will have to take a trip after hearty meals, lots of drinks and siestas- the bathroom! A full-size bathroom looks good decked in stone and includes a large stand-up shower with a standard flush toilet. The vehicle is outfitted with a heated water tank system that provides hot water both for showers and for radiant heating on the floor. The Scania carries 198 gallons (750 liters) of fresh water, a 111-gallon (420-liter) tank for gray water, and the wastewater tank is 53 gallons (200 liters). As mentioned before the rear of the RV is occupied by a garage that has its own workbench, several tool cabinets, and its own small refrigerator so you don’t have to leave a job midway for some hydration. Other important contraptions provided for ease are a washer and dryer with an on-board air compressor with a 15.8-gallon tank. There is no word on pricing but I am certain all these fixtures won’t come cheap! 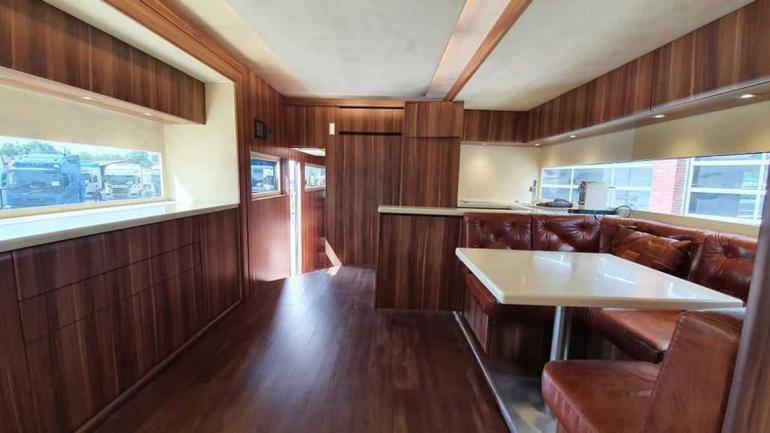 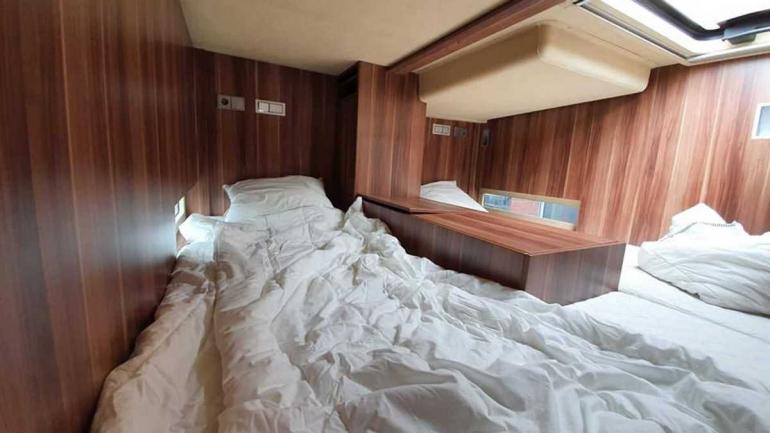 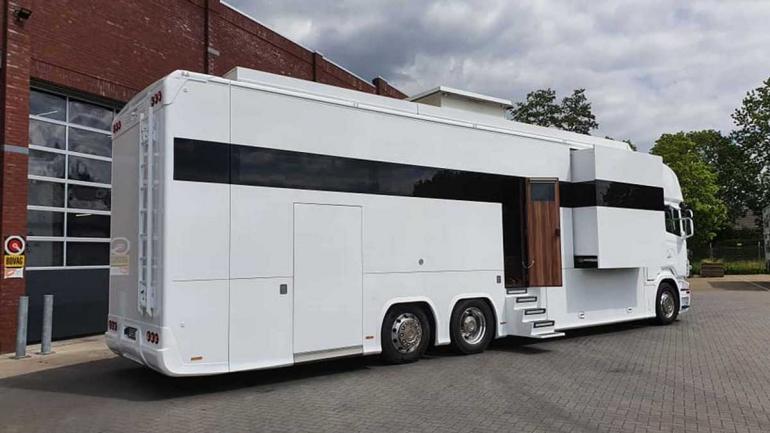 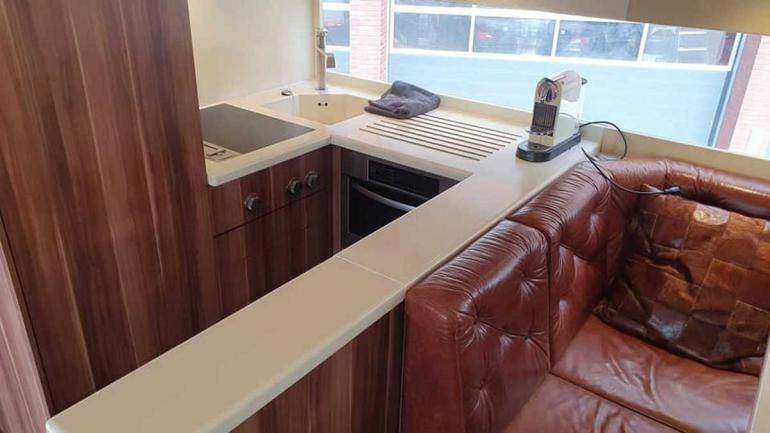 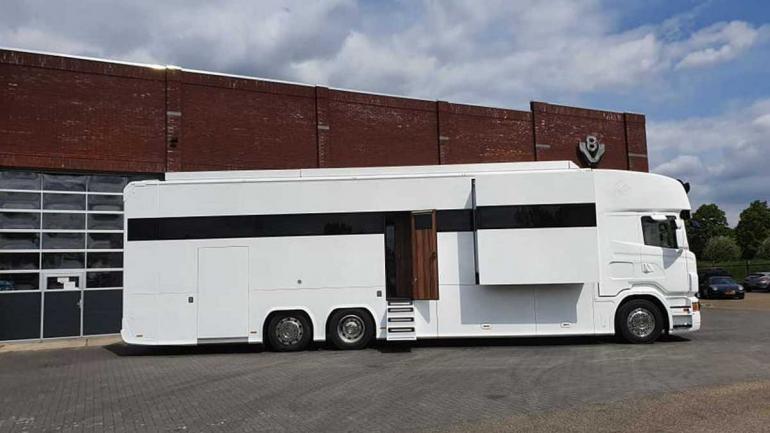 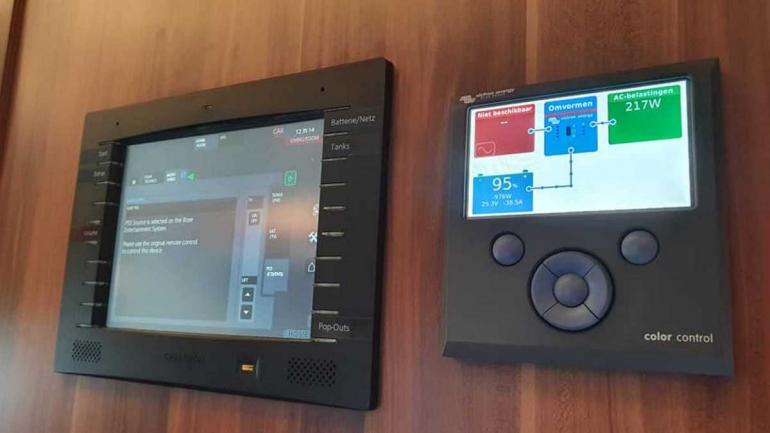 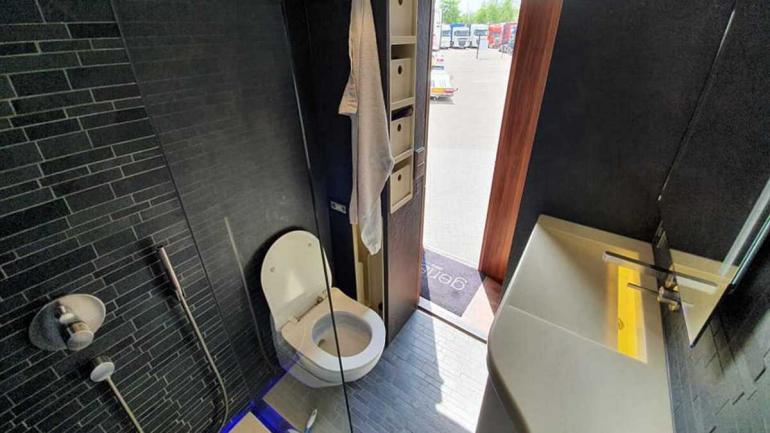 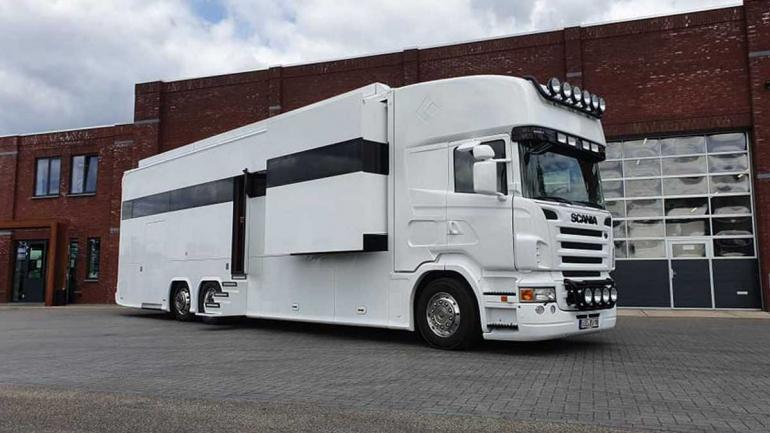