Azzam, the world largest private superyacht was launched into sea on Friday in Bremen, Germany. Designed by Nauta Yachts and constructed by Lürssen Yachts, Azzam is 590’6 feet long, surpassing Roman Abramovich’s 57 feet yacht Eclipse. The Lürssen constructed yacht was built under the personal guidance of Engineer Mubarak Saad al Ahbabi as he chose to direct personally in all areas of the development of this beauty. His brief was to build a large luxury yacht with an innovative and timeless design that would travel at high speed in warm and shallow waters whilst providing luxurious and sophisticated accommodation to its guests, which indeed makes the yacht the most complex and challenging build. The $610 million Azzam has broken many records in terms of dimension, performance, and technology. With its impressive length of 180 meters, the ship has a top speed of over 30 knots, but that is not all; it also breaks the record in building time, representing another milestone in the company’s history yacht-making history as well. 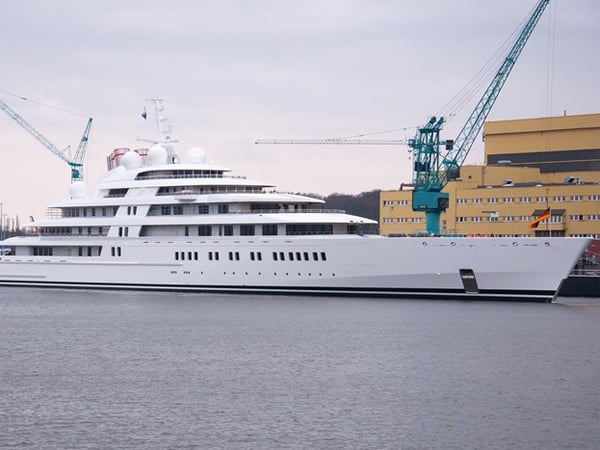 “When she will be delivered later this year, she will have been in build for only three years following one year of engineering,” comments Peter Lürssen, Lürssen Managing Partner. 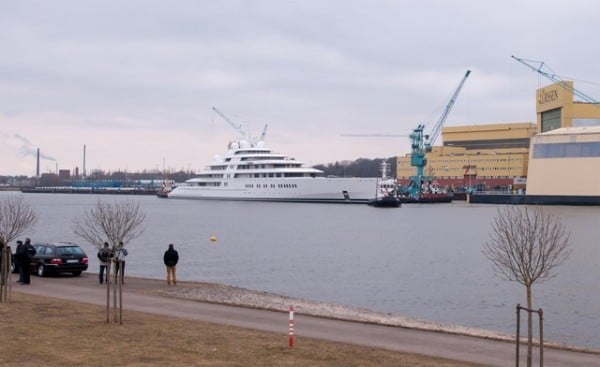 Superyachts reports, ‘Amongst many other features, the yacht has a main salon with a length of 29 m and a beam of 18m with an open plan and no pillars. She will travel in excess of 30 knots, powered by a combination of two gas turbines and two diesel engines with 94,000 horsepower.’ 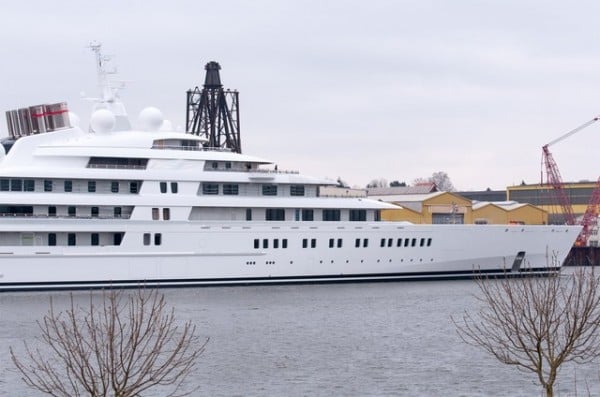 Well-known French designer Christophe Leoni took on interior decoration and is proud to have been able to create a sophisticated and luxurious interior in a turn-of-the-century Empire style. “Though Yachting is not my main area of business, I thoroughly enjoyed the cooperation with Nauta and Lürssen and am confident that the final yacht is everything, and more the owner expects,” he said. 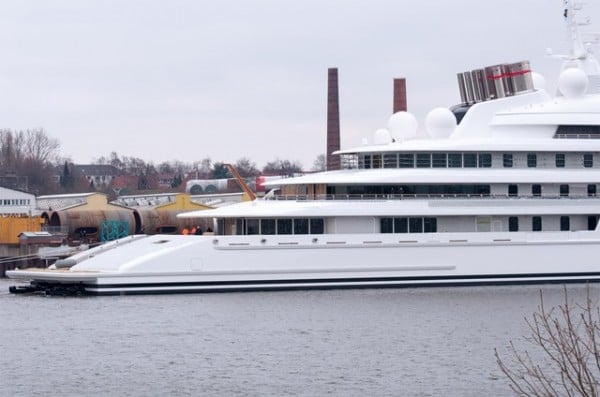 The person who commissioned the project is still a mystery, as reports speculate the owner may be a member of the Saudi royal family. 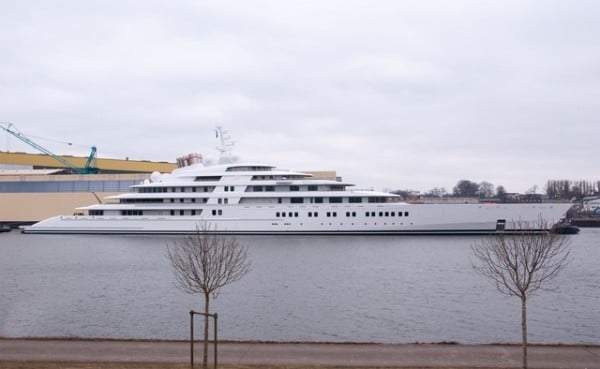 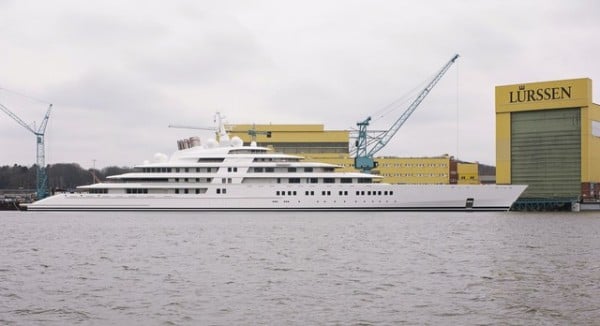 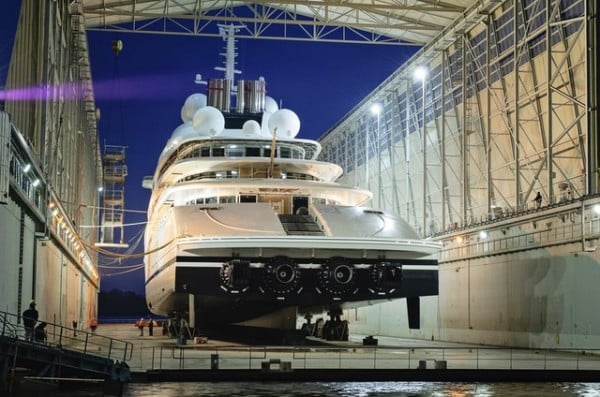 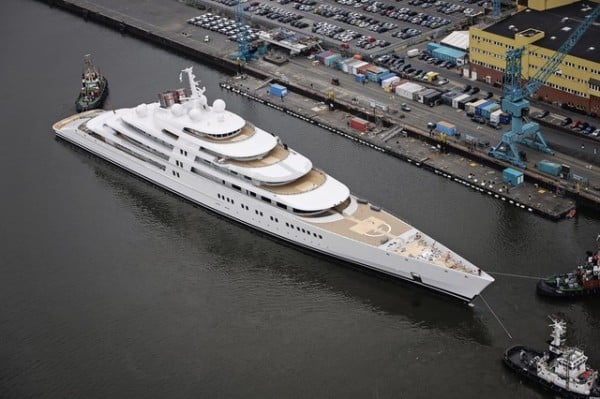 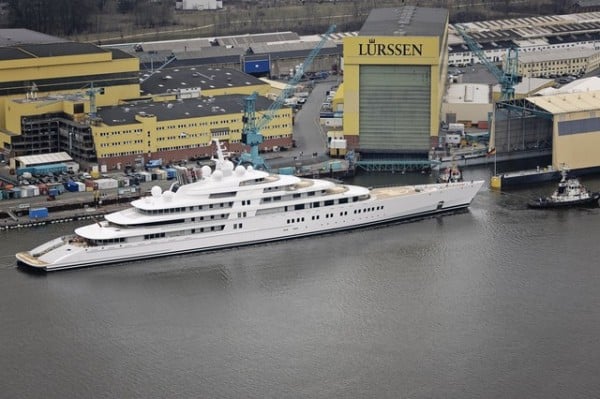 [Superyachts Via Forbes and Nydailynews]