It was only this evening when a friend asked me if I ever had the option of going back in time where would I go. My answer was anywhere in the 1990s! The era of the cool things, the time of awesome music, and rollicking styles. Teleporting to the ’90s will only be a dream but that doesn’t keep me away from getting my hands at some cool reinventions. I’m talking about the newest and coolest kid on the block- the Supreme X S&M Bikes Dirt Bike 1995. Supreme and S&M Bikes have officially announced their latest collaboration and it is a bike inspired by ’90s BMX style and constructed by S&M in California. They have retained key features of the bike that stole hearts 25 years ago; you will find the reinvented version with original S&M Slam Bars and dual poly grips in the street wear brand’s signature shade of red. In true ’90s fashion, pads are present on both the top half of the frame and the silver handlebars sport signature graphics. The frame is made of TIG-welded 4130 CrMo alloy steel, and the wheels are measured at 20 inches.


The Supreme x S&M 1995 BMX Dirt Bike will be launched on May 7 through the Supreme web store and will set you back by a cool $1,898. It won’t take a genius to guess that a Supreme commodity will be scarce and only a lucky few will be able to get their hands on this blast from the past. 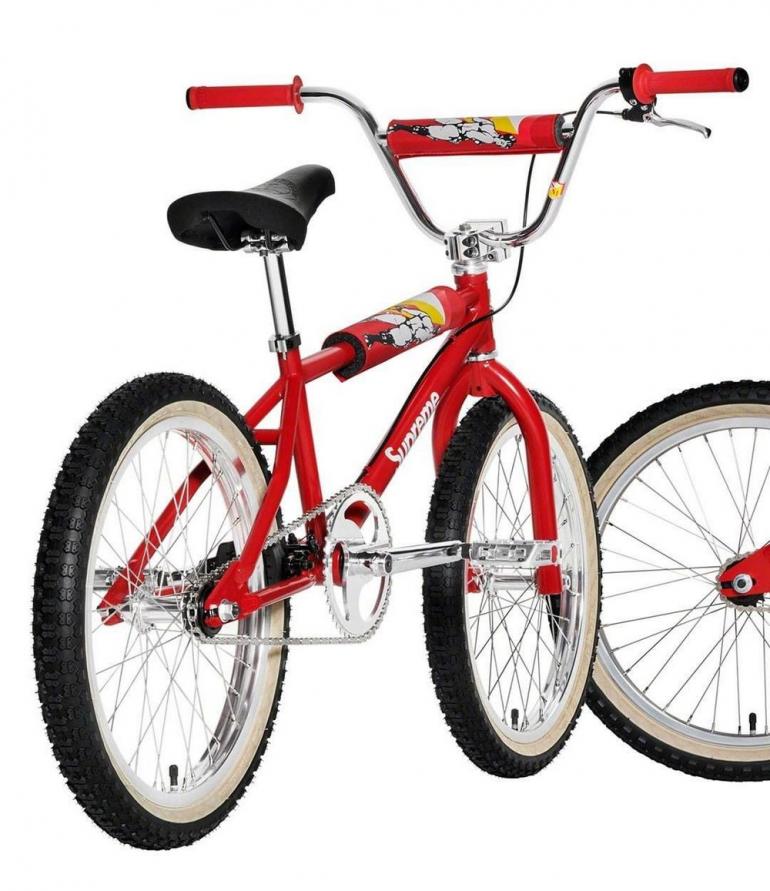