If you haven’t just crawled out from under a rock, I’m pretty sure you must be aware of Dubai Police’s jaw-dropping collection of patrol cars. From supercars like the Ferrari FF, Mercedes SLS-AMG and Bugatti Veyron to high-performance luxury SUV Mercedes G63 AMG, the Dubai PD has it all. But the city’s police force has decided to go green by adding the pint-sized BMW i3 to its fleet. Actually, the i3 is not the first green car to join the collection. In 2015, they added to their fleet the BMW i8 hybrid sports car; and the i3 is the second member of the ‘i’ family to join their garage. 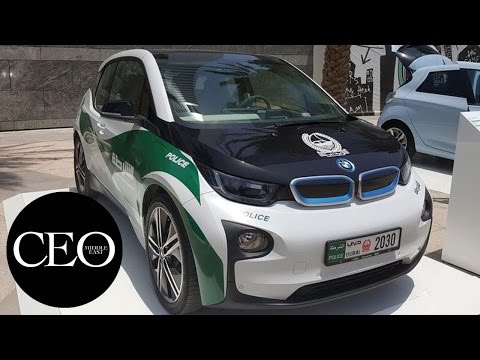 Clad in the green and white livery of Dubai’s police force, the BMW i3 Police Car was first shown off on Wednesday at an event in the financial district of Dubai. At the event, United Arab Emirates energy minister Suhail Al-Mazrouei said that the UAE plans to grow its electric car fleet until they ultimately make up 10 percent of all government vehicles, in order to help lower total CO2 emissions by 15 percent in the next four years. Earlier this year, Dubai’s transport authority announced a plan to buy 200 cars from luxury electric carmaker Tesla for use by the state-run taxi service. Tesla will open its first Middle Eastern showroom in Dubai this summer, and has installed charging stations across the U.A.E. Which makes us question, why not a Tesla Model S police car instead?

Tags from the story
BMW, Dubai