London’s supercar season is in full swing as The Middle East registered exotic automobiles worth millions of dollars continue to hog and clog the city streets. To make their super luxury vehicles stand out from the rest and become internet sensations, these Middle Eastern ultra-rich spend even more on customization. The gold wrap has been one of their favorites for many, many years; however, a new trend in customization has been spotted this year. Marble-Wrap! Believe it or not, the newest fad is to vinyl-wrap these luxury cars in something that looks like white marble. Recently, a photo went viral on the internet that shows a Ferrari 812 Superfast and Bentley Bentayga SUV parked together with both the ultra-expensive machines draped in a stone-styled wrap. 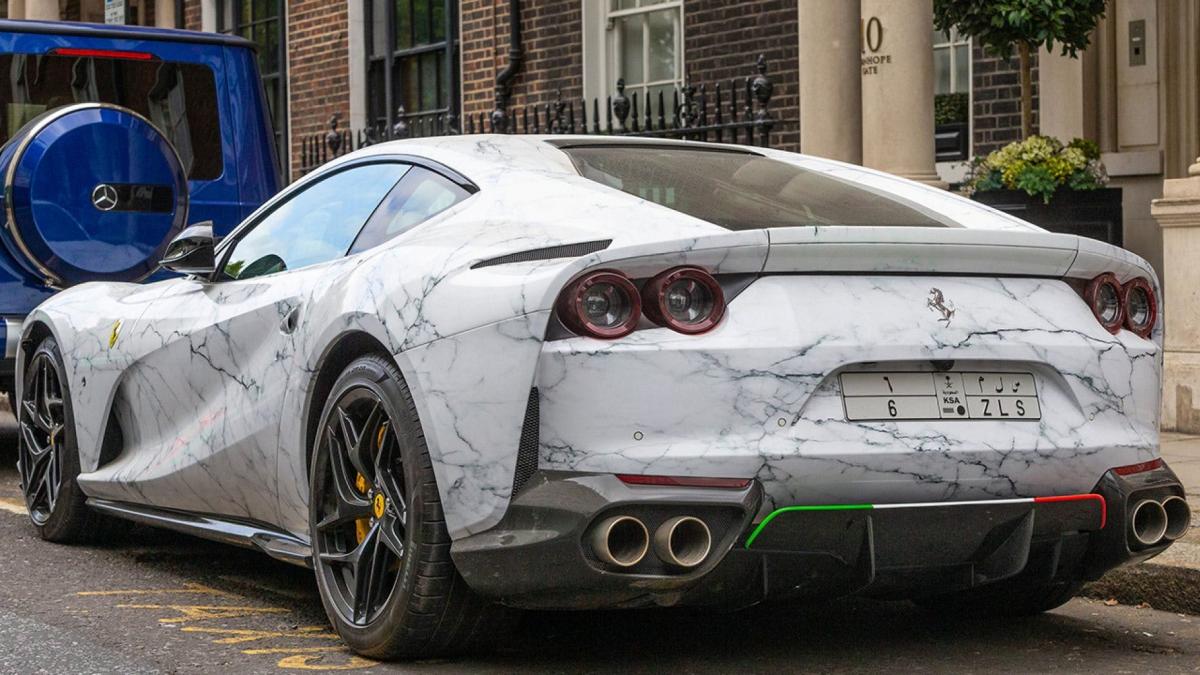 According to Fox News, both the 812 Superfast and the Bentley Bentayga were spotted on the streets of Mayfair in London. Without any surprises, both the luxury cars can be seen sporting Saudi Arabian license plates. Digging a little more on the internet, especially on Instagram, showed that the interest in the peculiar marble wrap is slowly growing. A simple search on the keyword will land you plenty of photos that show cars like Bentley, Lamborghini Urus and Bugatti Chiron covered with the stone-patterned wrap. It seems ultra-lightweight naked carbon fiber body panels aren’t interesting anymore and these owners would rather want their exotic machines to look like ancient Roman structures. 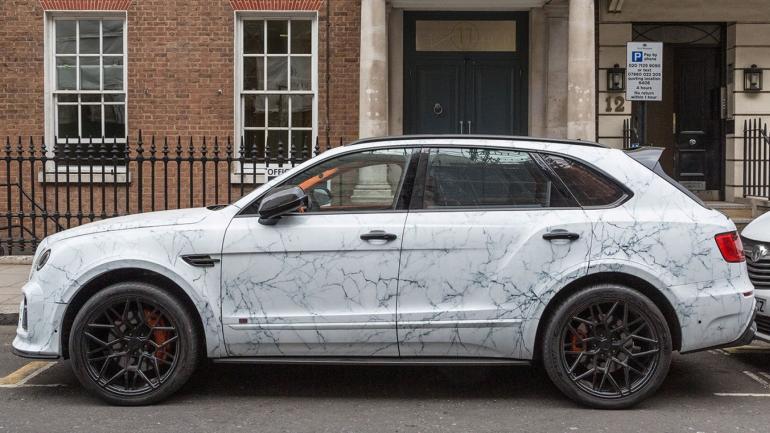