One might think there’s nothing that can intimidate a former boxing world champion, but 35-year-old Amir Khan has a terrifying tale to tell. Olympic medallist Khan told fans the robbers held a gun to his head and made him hand over his watch during the scary ordeal. The expensive watch snatched was his nearly $94,000 Franck Muller Vanguard Chronograph. Bolton-born Khan was having a good time with his American influencer wife Faryal when a fun night out turned into a horrific memory after the wealthy couple was ambushed outside the Sahara Grill venue. According to The Sun, Amir Khan said he was crossing the street in Leyton, East London, when two men approached him. 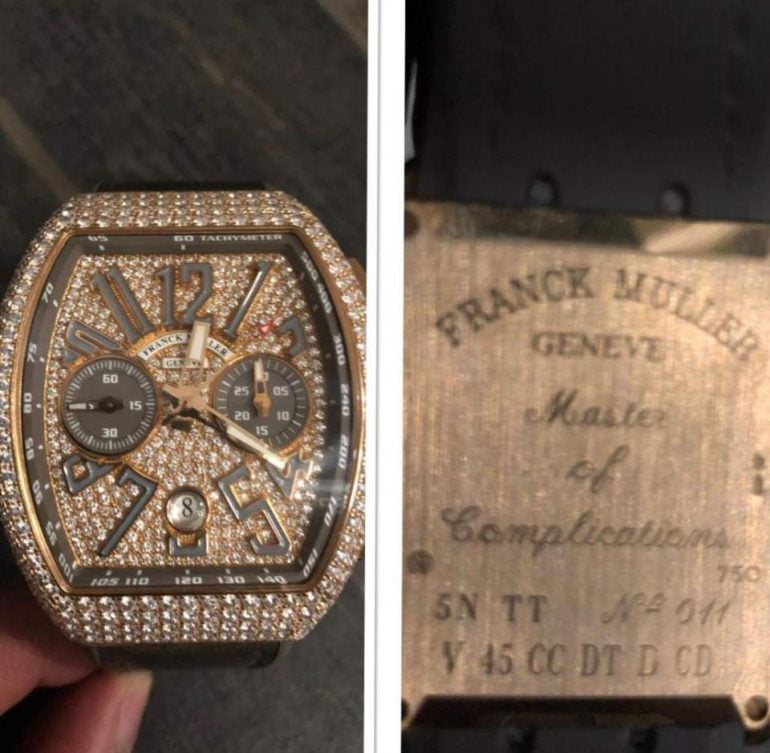 They ran up to him and pointed a gun in his face as his spouse stood behind. He tweeted about the dreadful incident: “Just had my watch taken off me at gun point in East London, Leyton. I crossed the road with Faryal, luckily she was few steps behind me. Two men ran to me, he asked for my watch whilst having a gun pointed in my face. The main thing is we’re both safe.” His watch has been quite the attention-grabber on social media. It was spotted on Khan while shopping in Oxford Street wearing the expensive Frank Muller studded with 719 diamonds.


The watch was also noticed in an Instagram post from a charity bash at the Grosvenor House Hotel the night before. Khan has a reputation for liking the finer things in life. While most sportspersons like staying stylish in daily life, Khan keeps things luxe even during the game. The British boxer wore the world’s most expensive shorts made from 24-carat gold threads. The shorts were made in 2014 and cost him $47,000.
A Metropolitan Police spokesman said: “Police were called at 21:15hrs on Monday, 18 April to High Road, Leyton. There were no reports of any shots fired or any injuries. Police responded and conducted an area search. At this very early stage, there have been no arrests. An investigation has begun, and police are following a number of inquiries.” Insta-bragging is doing more harm than good. While giving followers and fans a peek into your niceties, this social display of wealth attracts robbers and criminal gangs that do more harm than just taking a few freebies away.