Last year when Swedish supercar-maker Koenigsegg introduced one of the most insane road car ever, the One:1, we instantly knew that quite a few records were about to break. Dubbed as the world’s first ‘megawatt’ car, the Koenigsegg One:1 has a jaw-dropping power to weight ratio of one horsepower per kilogram, thus the name. We have been patiently waiting for the mad hypercar for a year to annihilate all the previous records; and it has just smashed the Guinness World Record time for a 0-300-0 km/h (0-186-0 mph) run. Koenigsegg themselves set the previous record in 2011 with an Agera R and a time of 21.19 seconds. 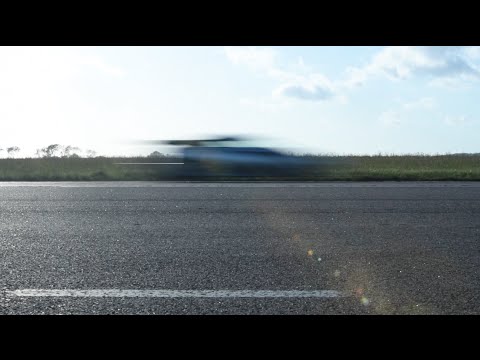 The Koenigsegg One:1 has now bettered that in a practice run for a new record attempt, by an impressive 3.24 seconds. The practice runs that took place at the Koenigsegg test track in Ängelholm, Sweden, on June set a new record-breaking time of 17.95 seconds to reach 300 km/h from a standstill. You can see the record-breaking attempt captured in the video below in which Koenigsegg’s test driver pushes the hypercar to its limits with ease. With his hands off the steering wheel, the test driver accelerates to 300 km/h and then slams on the brakes, only shortly touching the wheel to keep the car in control. We expect the One:1 to continue breaking other records in the future.

Tags from the story
Koenigsegg, World-Records