Lazzarini is back with a bigger, better superyacht concept that will force millionaires to go megayacht shopping again. Keeping its reputation for delivering consistently extravagant ideas alive is Lazarrini’s latest 555-footer Sovrano. Meaning “sovereign” in Italian, it looks like a monarch of the high seas with a 72-foot beam, further extended by 16.4 ft on each side featuring twin helipads. These two helipools (as dubbed by the design studio) double up as pools when aircraft are not stowed on board. The five-decker ship is the widest superyacht globally, with a beam of 108 feet. The five sprawling decks are divided amongst amenities like wellness centers, gyms, and Jacuzzis. The highlight of the ship is the obscured atrium on the foredeck.

The giant cruiser can accommodate no less than 50 guests in 20 luxurious cabins serviced by a crew of 60. The space opens up to reveal an underlying oasis spanning across three connected decks. A massive pool encompassed by a beautiful garden allows you to use the pool no matter the weather conditions outside and the feeling of being on land. 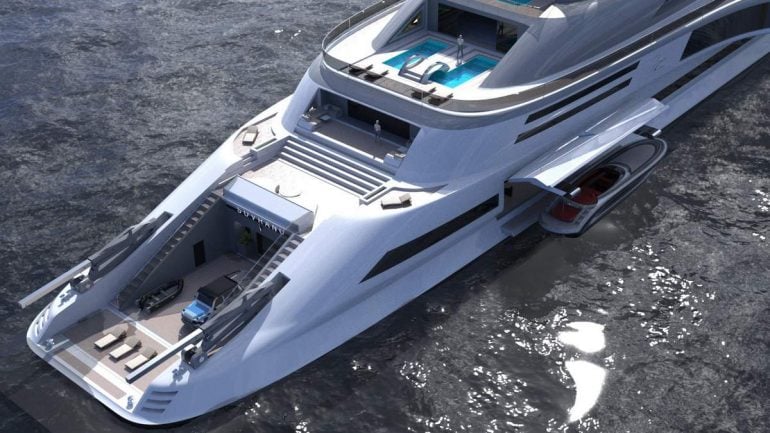 Trust the megayacht to be a hub of entertainment in the high seas as its enormous garage stores two 49-ft tenders and up to six cars. Tenders can be launched directly from the garage into the water through a shell door. 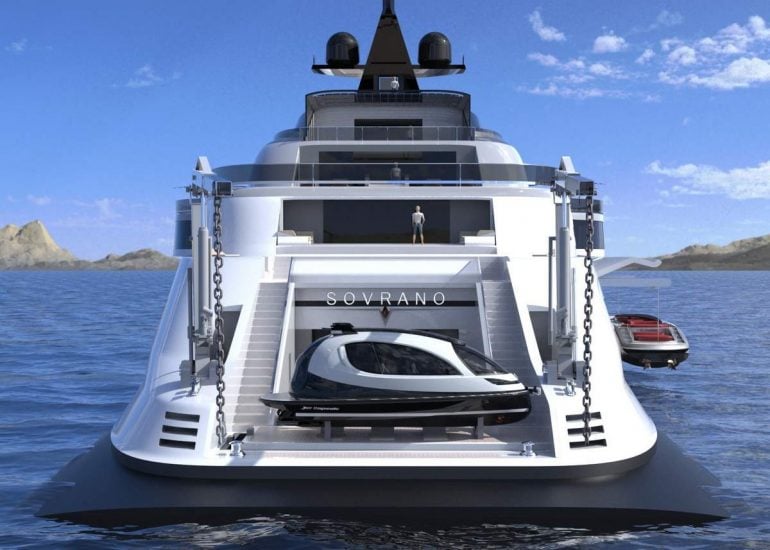 Sovrano, with its intimidating size, seems more like a cruise ship than a private yacht. According to Lazzarini, the steel-hulled brute could be equipped with electric motors or a hybrid propulsion system for an estimated top speed of 18 knots or 31 knots. For those who love to be as close to the blue waters as possible, Sovrano features a lifting platform to load the vehicles on board or to have breakfast amongst ample marine life. 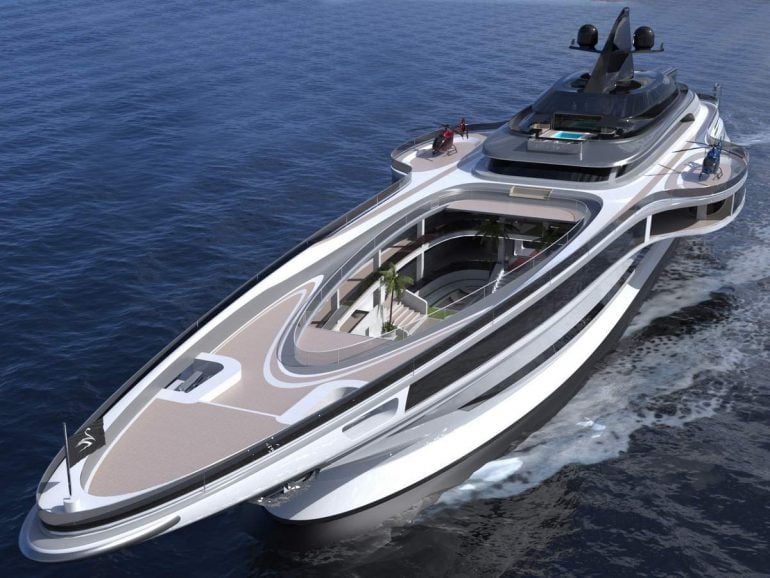 The garage has two more cranes on each side, which allow the tenders to be launched on the water. Lazzarini said the build would take four years to complete. For now, this giant seafarer is just an impressive concept with mindblowing renderings unless a billionaire with pockets deep as the ocean sails by. 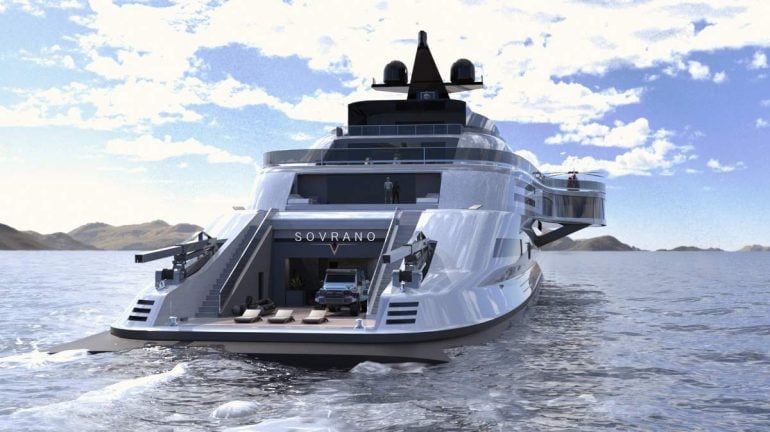 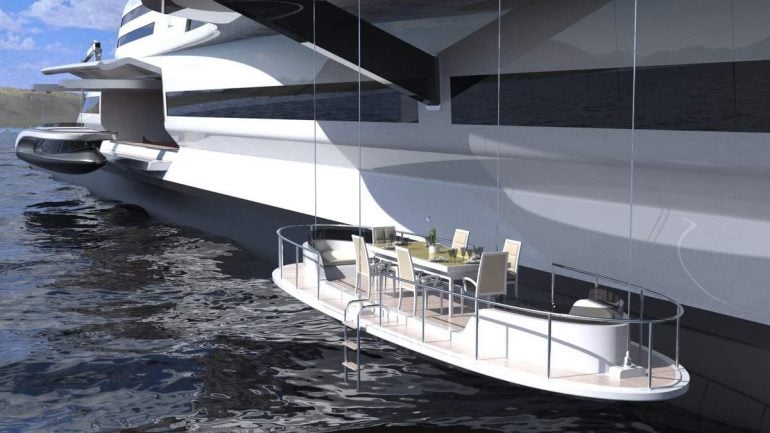 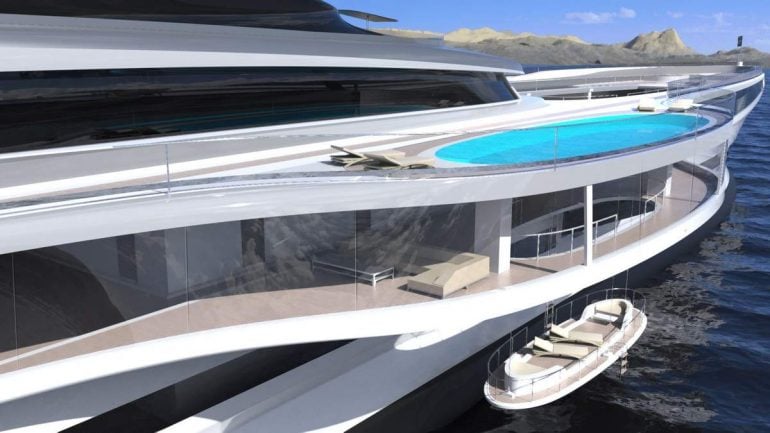 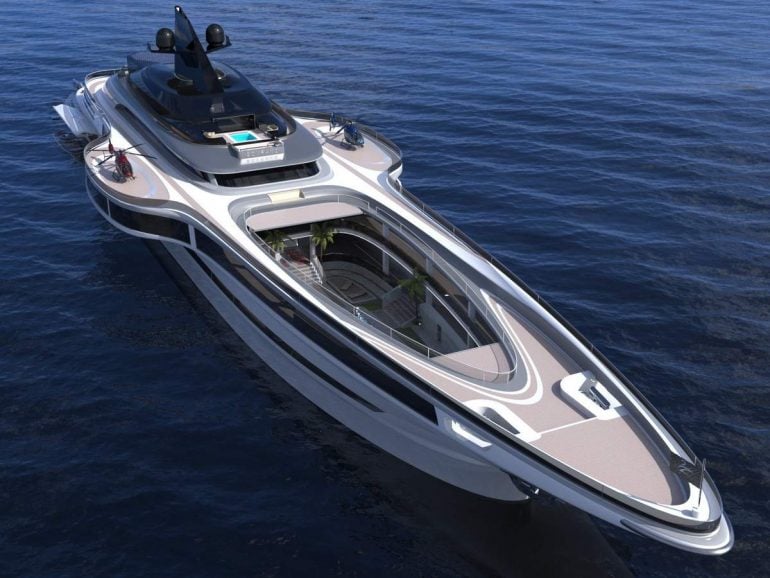 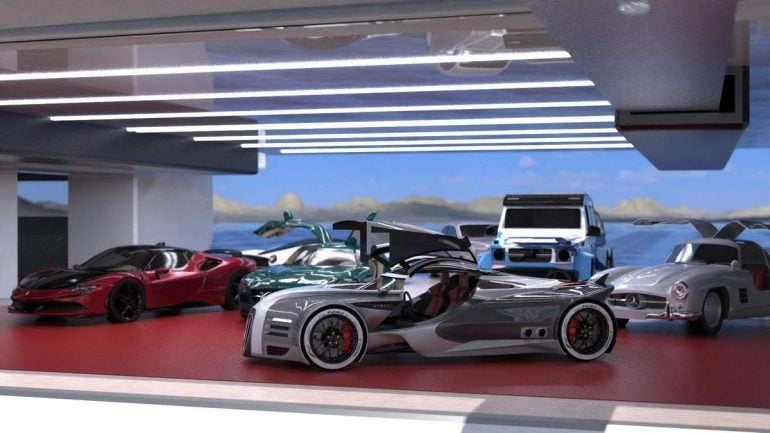 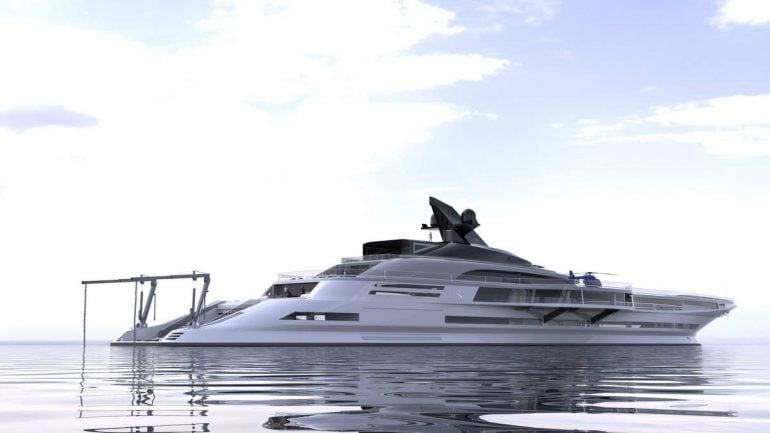 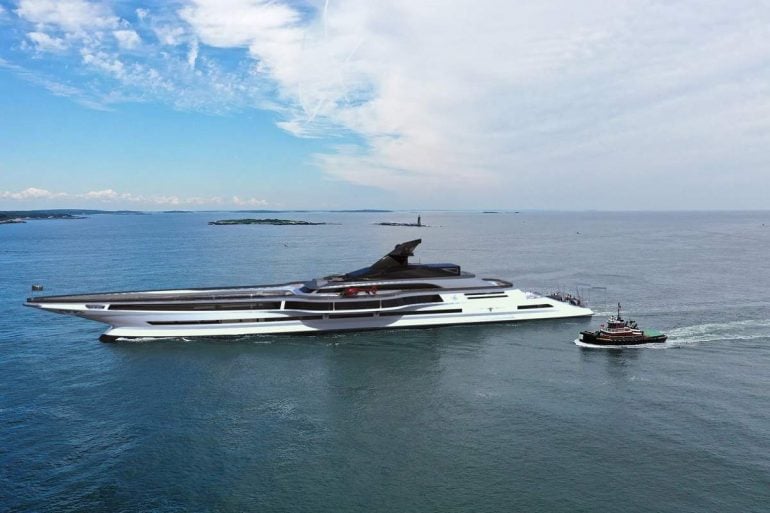 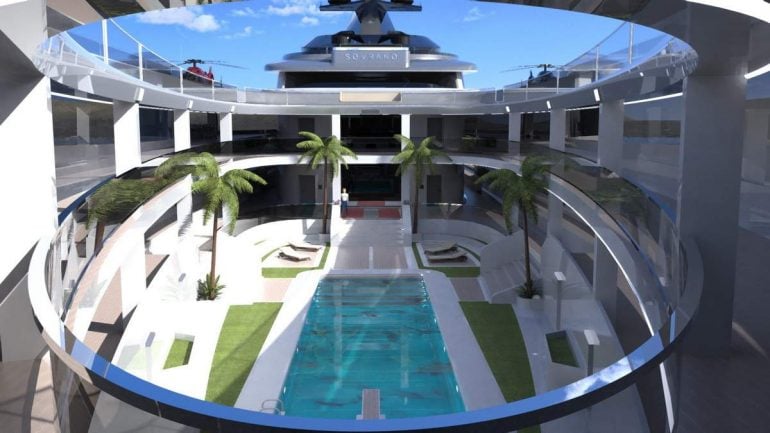 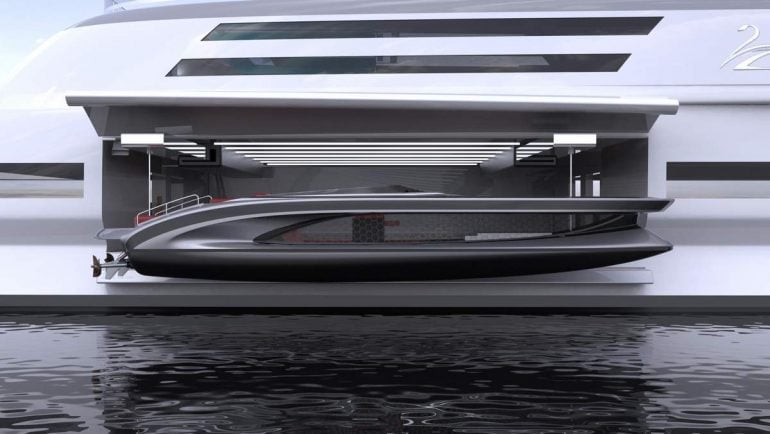 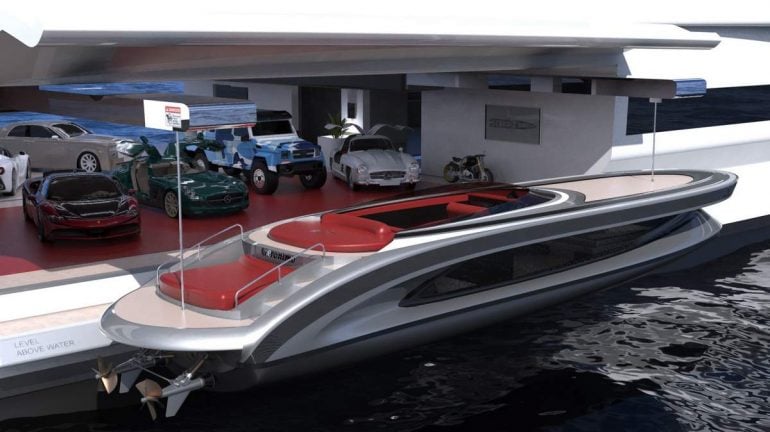 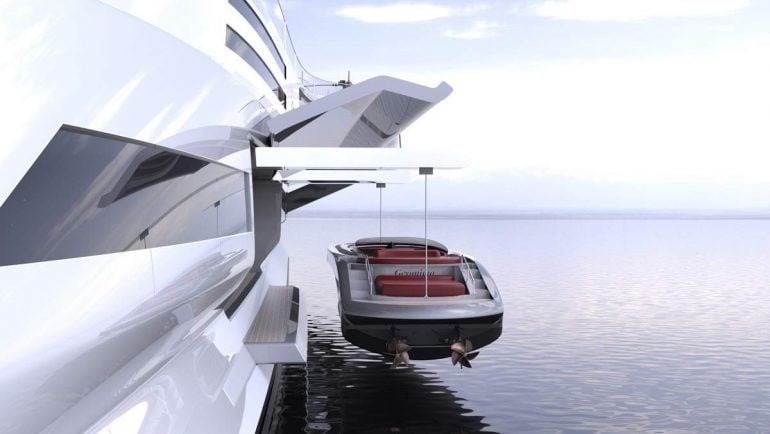 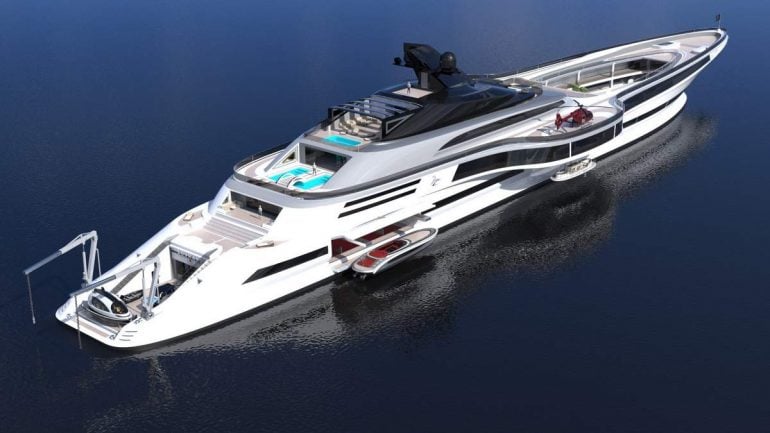