When it was introduced for the first time, the uber-luxe, high-performance sportscar Maybach Exelero had created quite a bit of interest in the automotive world. But in the last one decade, the extremely rare $8 million sportscar has been lost in oblivion and rather it’s highly possible that most of you might not even remember it. Even after nine years of existence the Maybach Exelero still looks great thanks to its streamline body, but Jordan-based designer Khaled Alkayed has given the 2-door speedster a crazy transformation. Khaled has turned the 700hp racing car into an ultimate zombie fighting machine. 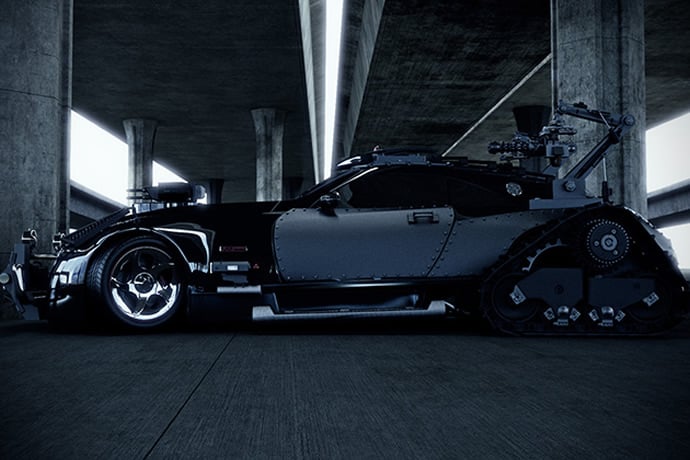 In case we are ever to face with a doomsday situation or a zombie apocalypse, the big V12 under the hood churning out 700 ponies would be enough to outrun the wraith of the undead, but it will sure take a lot more than speed to steer out of trouble. Keeping in mind all the possible scenarios, Khaled has tricked-out the Maybach with war-ready equipment which is reminiscent of the Mad Max car. Equipment includes everything from tank inspired tracks on the rear wheels to the thick armor plating covering the passenger compartment and multipurpose bull-bar up front. In terms of fire power, the fighting machine features a gun popping out of the hood, dual rear machine guns, and a rocket launcher. Have a look at the images, the car looks absolutely stunning. 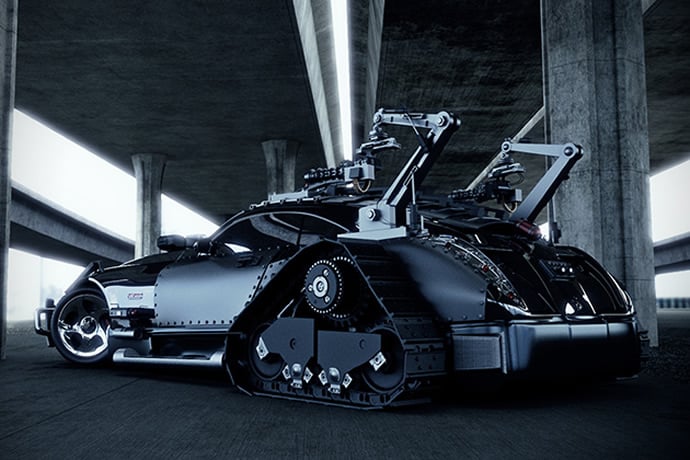