This is probably a very nostalgic moment for the New York Auto Show organizers and car lovers the world over. The original Shelby Cobra, currently valued at $26 million, the only one ever made residing at the Shelby Museum in Las Vegas, and made a grand debut in New York 50 years ago by Carroll Shelby, will be on display at the New York Auto Show. Known as the CSX2000, this was one of 450 vehicles on display at the ’62 New York Show.

Now 89 years old, Shelby has been a top race car driver in the 1950s and has 24 Hours of Le Mans credit with an Aston Martin in 1959. Being the only one of its kind, every automotive journalist wanted to test it badly. John Luft, President of Shelby American Inc., Says, “He would give the car to one publication for a test drive. When he would get it back, he would have it painted a different color. Then, two days later, he would give it to another publication. The car was repainted half-a-dozen different colors over a short period of time to perceive the press and the public that multiple Cobras were being built. But in fact, there was only one Cobra.” The anecdote is as interesting as the car itself! 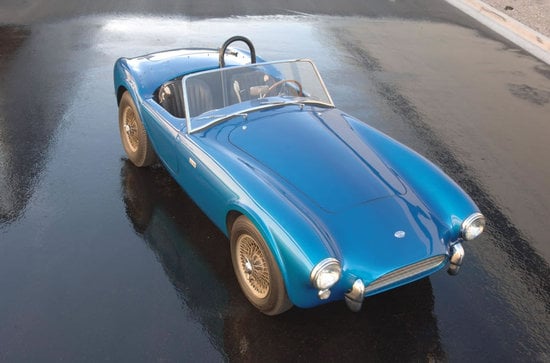 Tags from the story
Most-Expensive, Shelby, US