Volkswagen has been aggressively pushing into the electric mobility segment. To make amends for the whole Dieselgate scandal that broke in 2015, the German automaker has put in place ambitious plans to electrify its entire line-up in the 15 years. But it turns out that VW’s electrification plans are not restricted to just its road cars. The auto manufacturing giant has announced a partnership with Austrian builder Silent Yachts to create a new solar-electric catamaran. But unlike similar partnerships we have seen before between automakers and shipbuilders, the collaborations between the two brands will see VW’s electric vehicle platform adapted for use on the high seas. The German automaker’s MEB modular e-drive system currently used in the ID.3 and ID.4 electric cars will power an array of sea vessels by Silent Yachts. 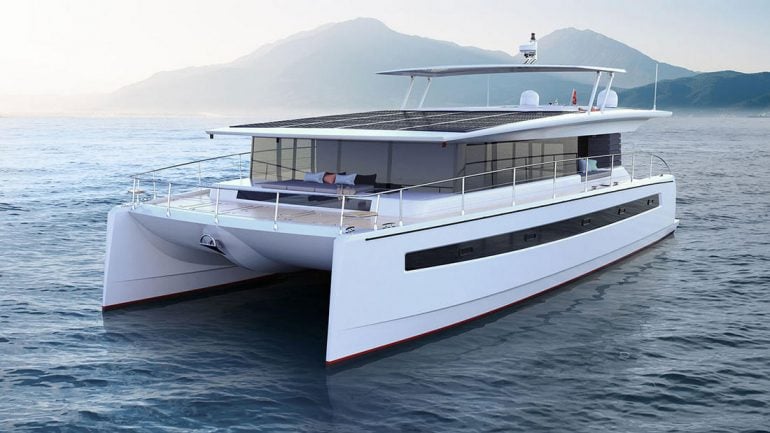 According to the announcement, VW and Silent Yachts started working in 2019. In case you aren’t aware of the Austrian yacht builder, it brags of being the world’s first solar-powered catamarans. The company’s founders Heike and Michael Köhler, started researching back in 2005 on alternate-energy yachts and came up with the first ocean-going yacht to exclusively use solar energy for propulsion and other power needs in 2009. VW’s MEB platform will significantly help reduce the costs of making zero-emission ships. Not only will it benefit from economies of scale as VW plans to make millions of units of the powertrain, but the cost of “maintenance and servicing are reduced compared to a conventional yacht, as the electric drive system is less susceptible to repair than conventional engines.” 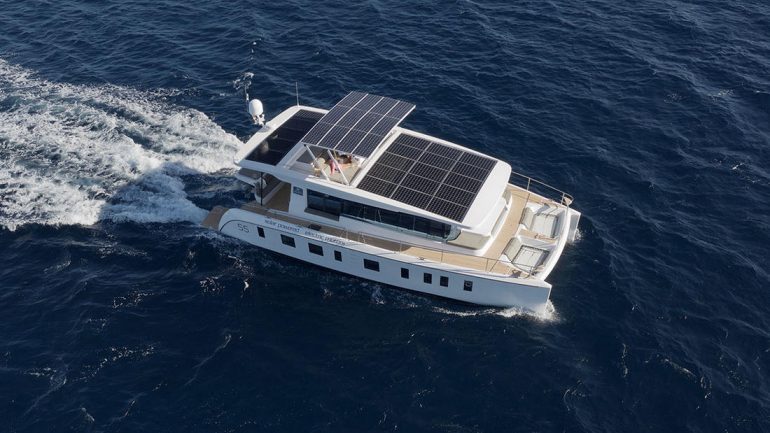 The first electric catamaran to come from the partnership is named Silent 50 and was penned by the VW-owned brand Cupra. It features a jet-black exterior with the roof-mounted solar panels blending into the design. It measures 50 feet, making it one of the smallest cats in Silent’s fleet. It will be able to use up to six batteries and have 500 kW of power to help the vessel cruise all night non-stop and power the onboard amenities. If everything goes according to plan, the first solar-electric catamaran with MEB propulsion will hit the waves in 2022. There’s no word on the price as of yet.