The cities of Vilnius, Lithuania, and Lublin, Poland unveiled ‘futuristic portals’ as part of an experimental new concept aimed at promoting strength through unity. To be united no longer means physical proximity to one another. As long as you can see the other person through a medium despite pandemic travel restrictions, you are in a good place. These sci-fi portals exhibit a real-time feed to connect the two cities visually and will apparently be popping up in more cities around the European continent. 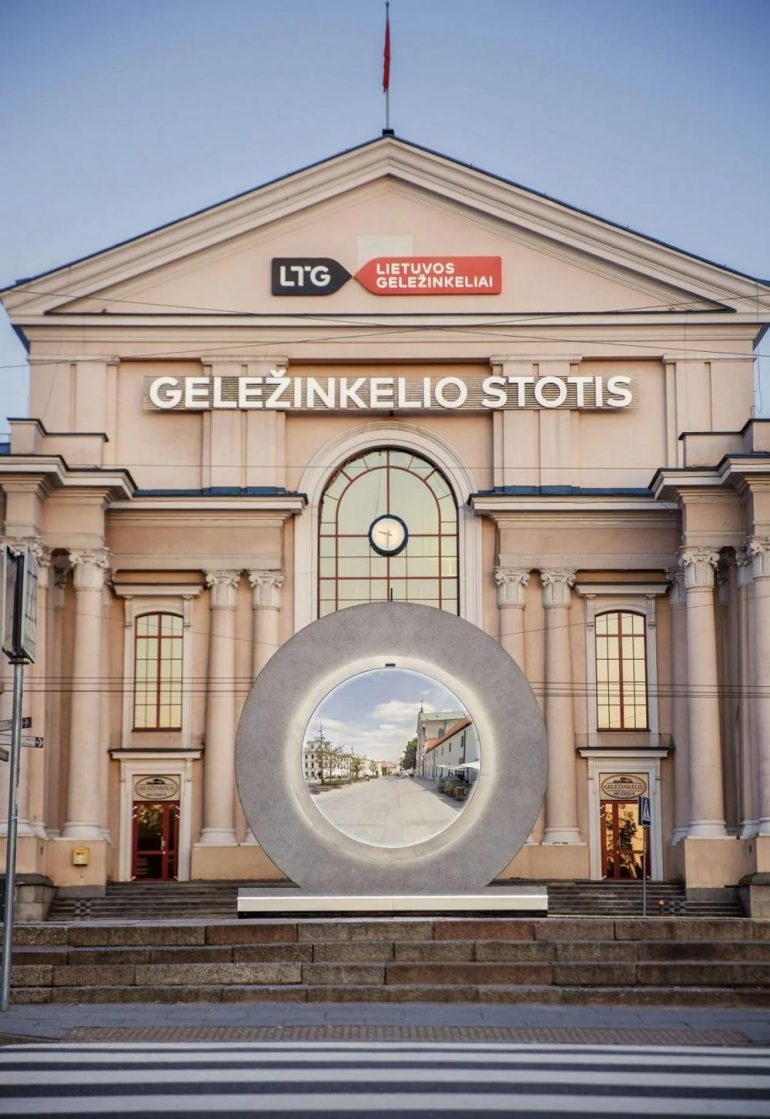 These portals have been in the making for almost 5 years, and the makers may not have predicted the pandemic, but it surely is very well-suited to our current scenario. About the portals, they resemble large circular doors (to evoke the wheel of time) with large screens and cameras, allowing a real-time feed of whoever is in front of the portal to be transmitted between the two cities via the internet. In Vilnius, the portal lives next to the Vilnius train station. Meanwhile, in Lublin, the portals are tenants in the city’s central square. 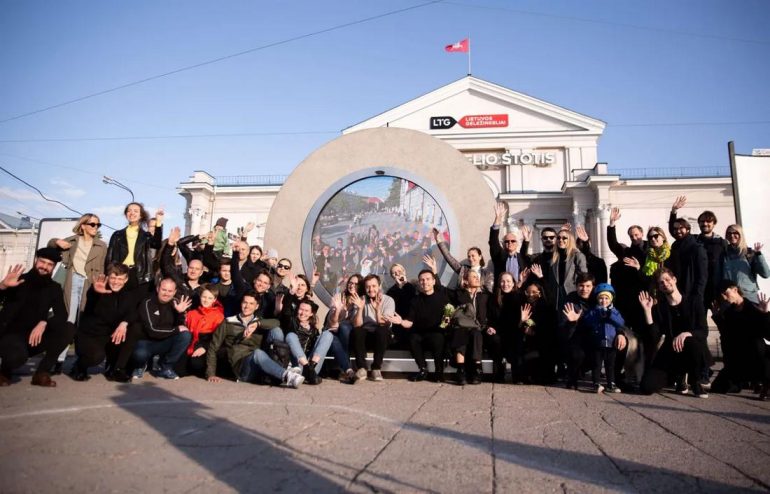 Benediktas Gylys, president of the Benediktas Gylys Foundation and the “initiator” of the portal idea, says, “Humanity is facing many potentially deadly challenges; be it social polarization, climate change or economic issues. However, it’s not a lack of brilliant scientists, activists, leaders, knowledge, or technology causing these challenges if we look closely. It’s tribalism, a lack of empathy and a narrow perception of the world, which is often limited to our national borders.” 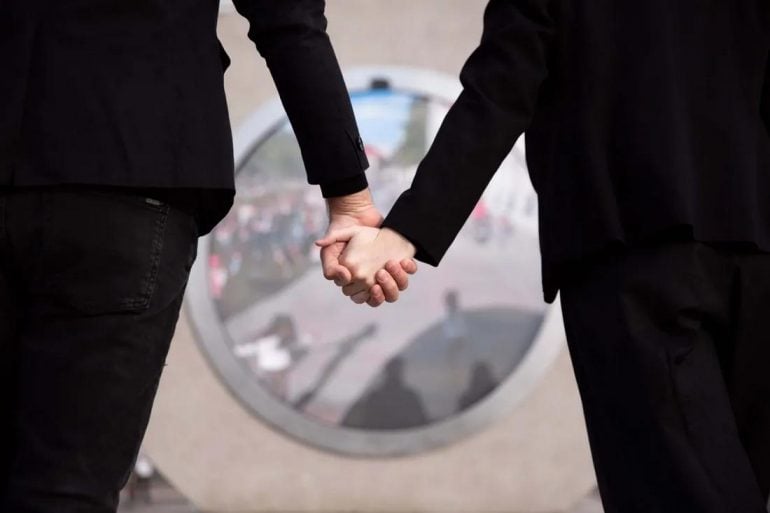 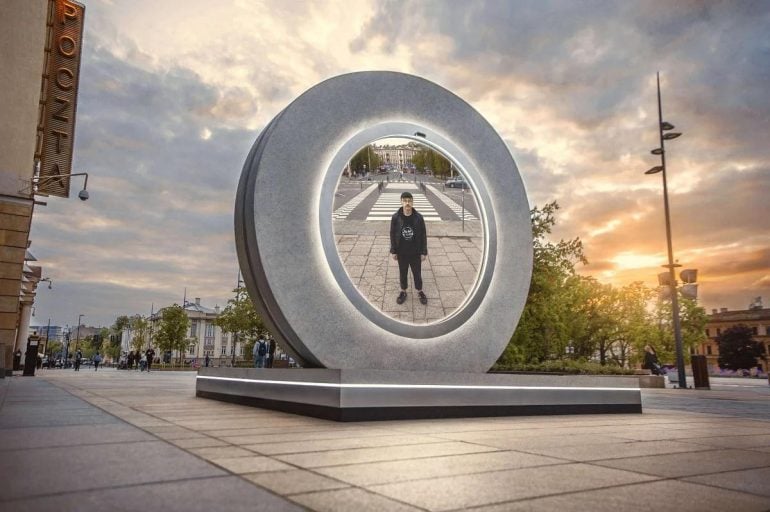 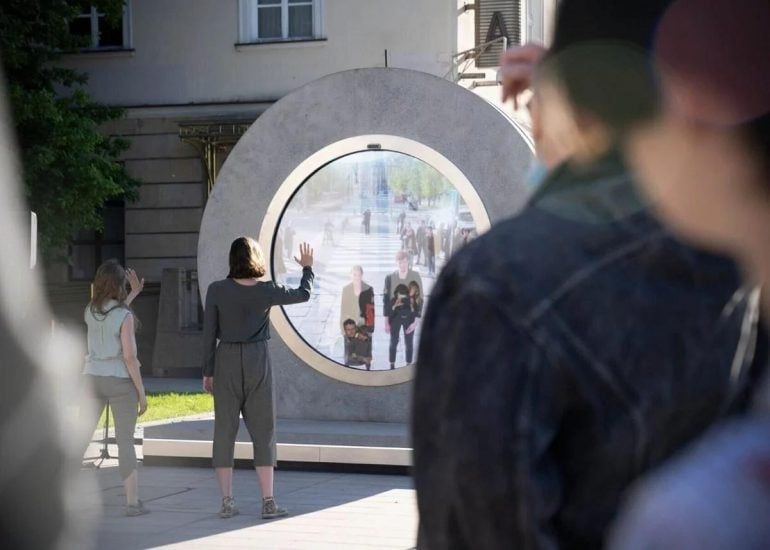 Tags from the story
Europe, futuristic