In 2002, Audemars Piguet celebrated the 30th anniversary of its iconic Royal Oak timepiece by revealing Royal Oak Concept ref. 25980AI – the most cutting edge watch the brand had ever produced. This gave birth a series of highly-complicated, extra-large watches for men giving the watchmaker a platform to experiment with new concepts to push the boundaries of watchmaking. Over the years, AP has also expanded the line-up by adding several women’s watches that use the same formula to make excellent creations. For 2020, AP has revealed a striking new watch for women called the Royal Oak Concept Frosted Gold Flying Tourbillon. 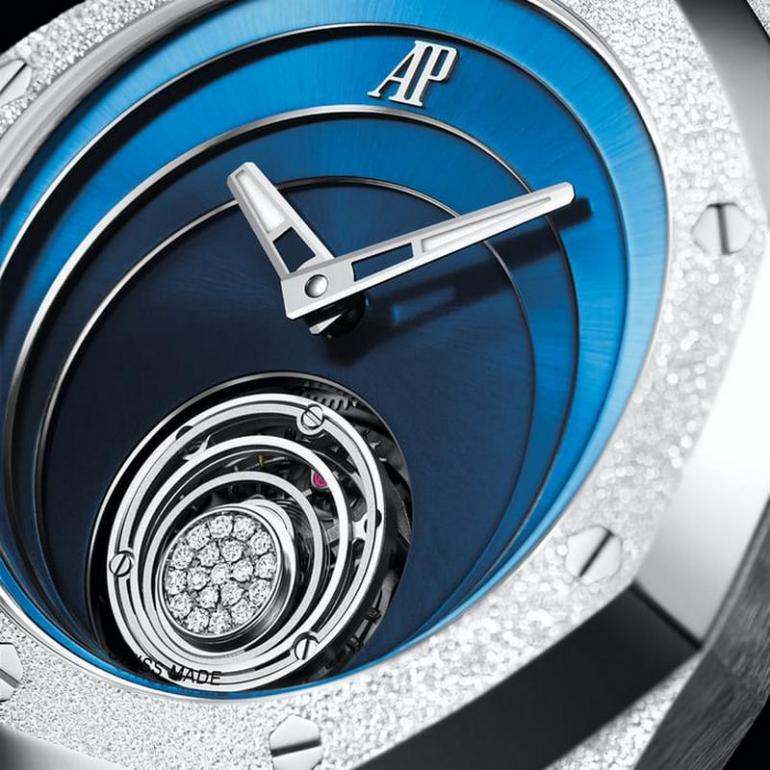 The watch features AP’s faceted Concept case design, measuring 38.5mm. It gets a mixture of different finishes to give it a striking appearance. The top of the bezel and the tops of the sculpted lugs come with a completely new granular frosted finish developed was developed in collaboration with jeweler Carolina Bucci, while the edge of the bezel is polished and the sides of the case are brushed. However, the highlight of the timepiece is its distinctive new dial style of stacked, concentric rings that converge on the flying tourbillon at six o’clock, drawing your attention towards the cage studded with a 19 brilliant-cut diamonds. The multi-layered dial is in blue and features a sunburst gradient finish. It is powered by the caliber 2964 which was developed with Renaud & Papi. Although the Royal Oak Concept Frosted Gold Flying Tourbillon isn’t a limited edition piece, it will be made in very few numbers and sold through Audemars Piguet’s boutiques. 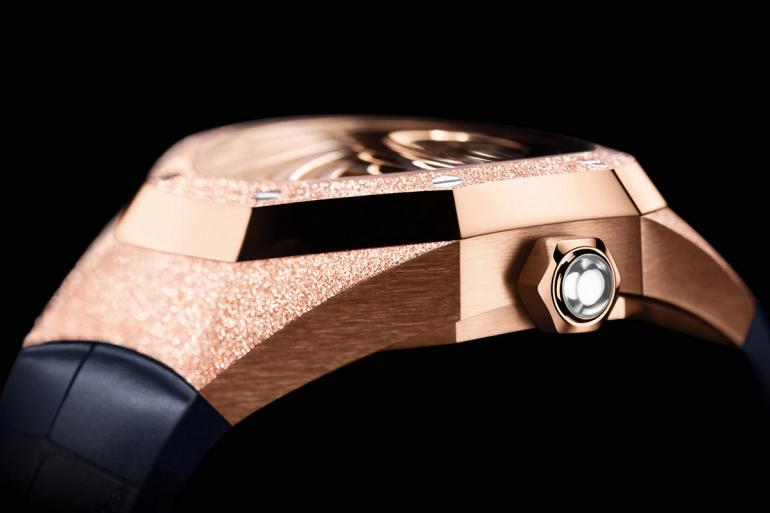 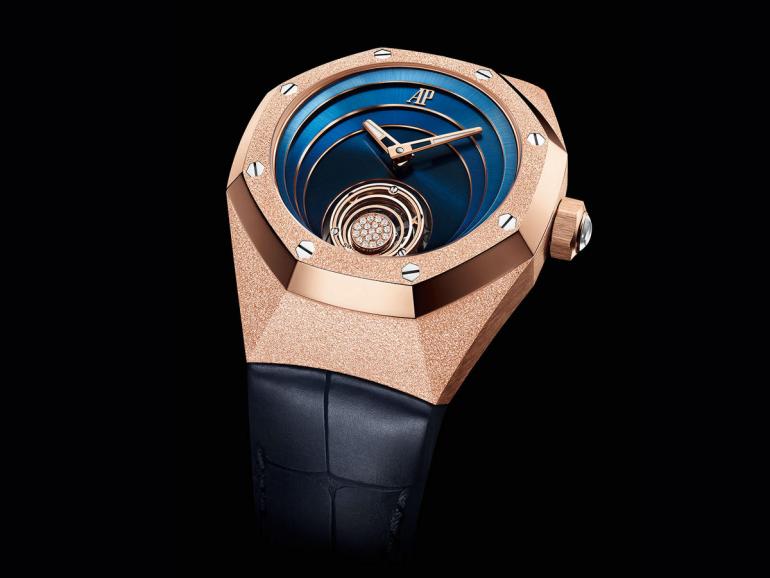 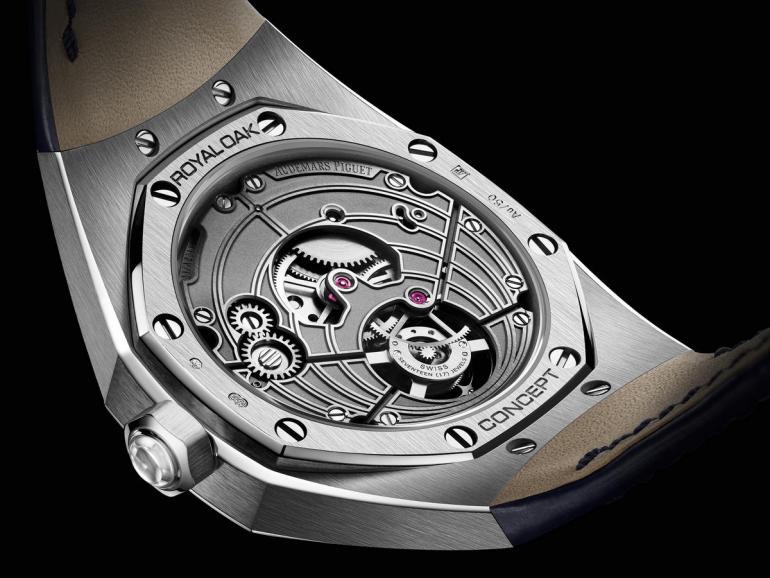 Tags from the story
Audemars-Piguet, Tourbillon