Art isn’t for everybody. It takes a certain taste and a different kind of affinity to some very weird things that are called great in the name of art. I am clearly no connoisseur which is why I fail to see what’s so charming about the hippo-themed bronze bathroom suite that just sold for $2.4 Million. Yep, that is a lot of money but who really understands the world of luxury and auctions other than the people selling these articles or the obscenely rich ones who actually purchase them? Getting back to the high-priced hippo it was built by French sculptor François-Xavier Lalanne. The whimsical bronze three-piece set, dubbed “Famille Hippopotames” was sold as part of Sotheby’s “Important Design” auction this past week in Paris. The set includes a mommy hippopotamus that opens up to become a bathtub, sink, and vanity; her two children hide a toilet and bidet. Lalanne’s set of three life-sized hippos have lived a happy life in the unnamed seller’s 17th century home on the banks of Lake Geneva in the Alps. The set was commissioned in the 1990s by an unnamed collector, who was the grandson of Swiss sculptor Edouard-Marcel Sandoz. 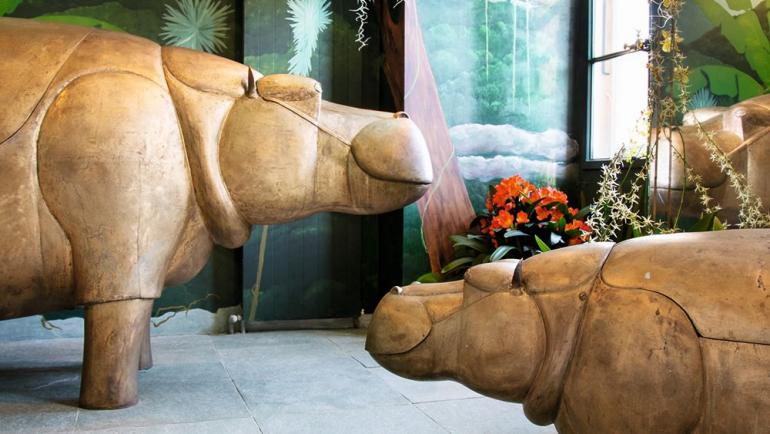 If you think you can laugh this piece of art off, hold that thought as this isn’t even Lalanne’s first life-sized hippo piece to make a huge amount of money equaling its own size. Last November, another baroque bathtub crafted by the sculptor sold for an even more outrageous $4.3 million at Christie’s New York auction. 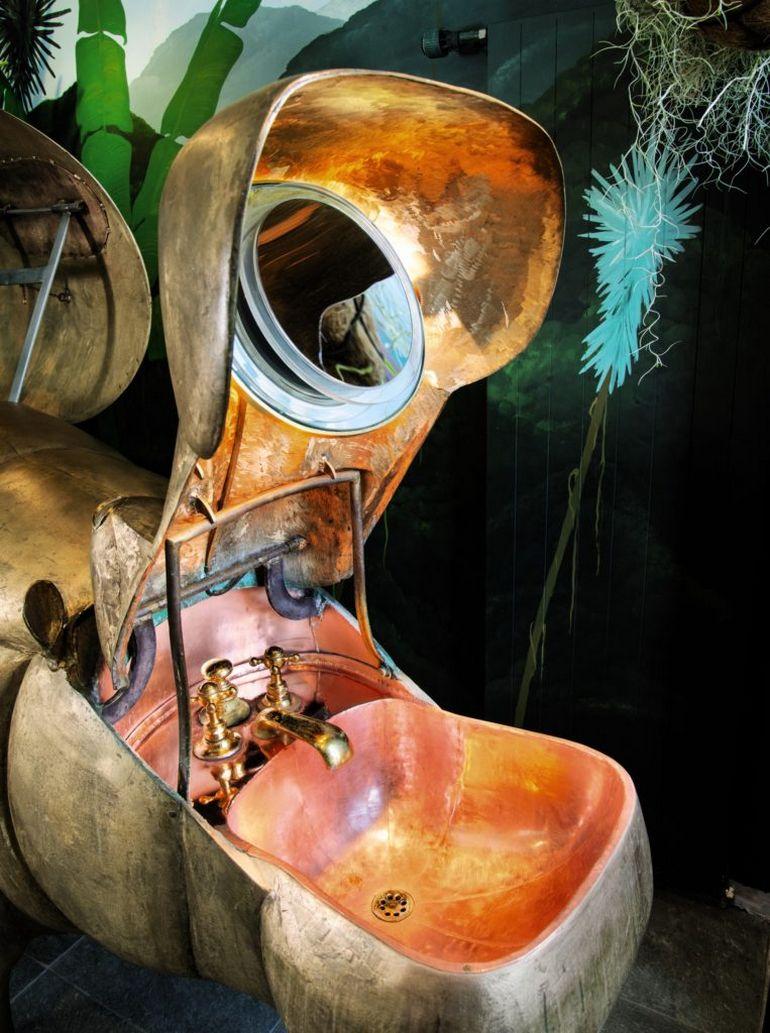 Tags from the story
Art, Bathroom