Billionaire’s row is notable for containing some of the most expensive residences in the world. It is the address of a stunning set of supertall luxury skyscrapers roughly arrayed along southern Central Park. One particular 1,420-foot residential building, the Steinway Tower, has come into the limelight not owing to its towering height or striking structure. Ice falling from this towering skyscraper in New York injured motorists and closed roads over the weekend. 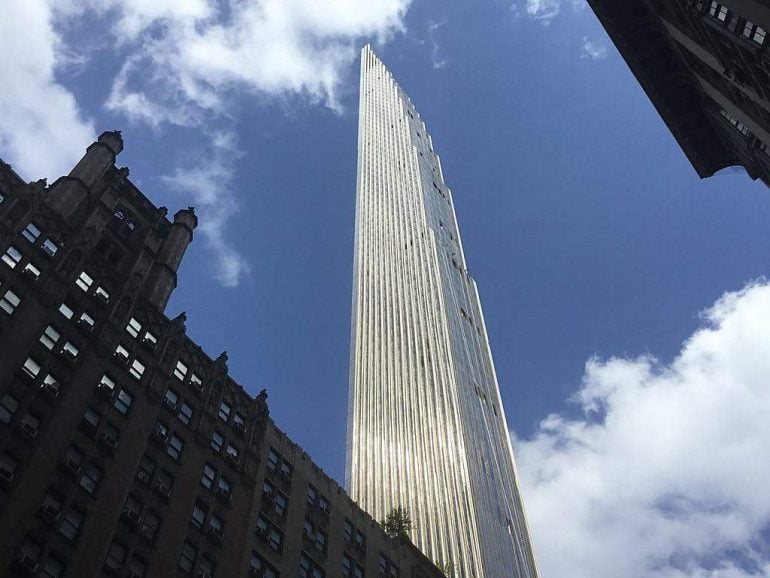 On Friday night, a motorist was injured when a chunk of ice fell from SHoP Architects’ recently completed 11 West 57th Street. A massive slab of ice fell 1,400 feet from the condo and crushed the roof and windshield of Deneice O’Connor’s car as she drove up Sixth Ave. The shaken motorist said, “It just crashed down on me. I immediately thought a body had fallen on my car,” O’Connor, 35, told the Daily News.

Falling ice from the Steinway Tower making a thud on impact in Midtown Manhattan. #NYC pic.twitter.com/mOXmT6TmiQ


She continued, “The roof did crash down on my head. I didn’t blackout — that was lucky — but it was pretty traumatic. It took me a second to gather myself. I realized I needed to get the car out of traffic’s way. The ice continued falling. It was 10-foot long panes of ice. I truly believe I cheated death.” Ice falling from skyscrapers is becoming an increasingly irritating problem. Up until now, the only thing we knew dropped down from towers were payments of rents in Donald Trump’s iconic Trump Tower.