A new piece of street art by world renowned graffiti artist Banksy now adorns a refugee camp in Calais, France. The artwork depicts Steve Jobs as a migrant reminding the world that the Apple founder is the son of a Syrian migrant.
Banksy said, “We’re often led to believe migration is a drain on the country’s resources but Steve Jobs was the son of a Syrian migrant.” He also added, “Apple is the world’s most profitable company, it pays over $7 billion a year in taxes – and it only exists because they allowed in a young man from Homs.” 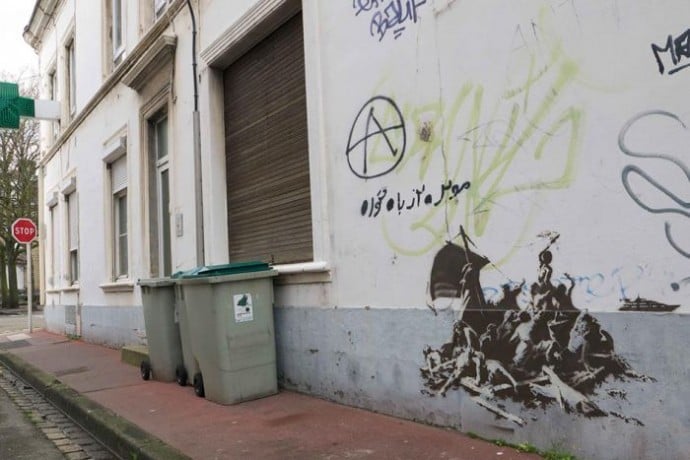 Undoubtedly Banksy’s work is targeted at those who see refugees as a group that siphons off resources and jobs making life harder for the locals and he certainly has a point and his intentions are good. However, refugees are accepted in into the country on compassionate grounds and it is grossly unfair to decide what their economic worth to the country could be before allowing them in. 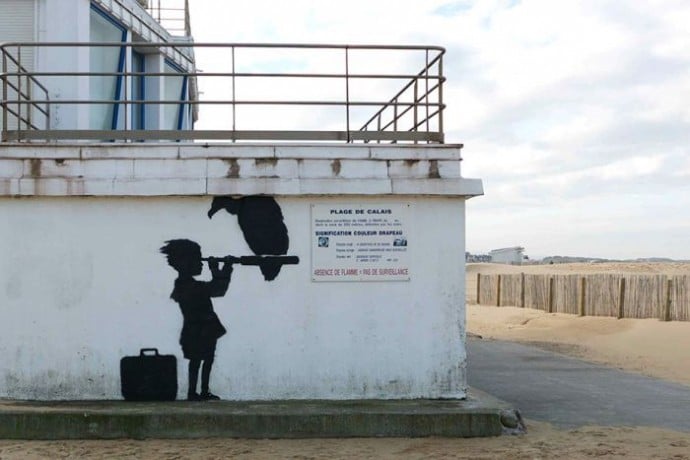 Not every refugee’s son will be a Steve Jobs, they are more likely to live lives as average as yours or anyone else’s. A nation’s gates should be open to refugees at this time not because they could potentially be useful to the host countries in the future, but because they have nowhere to go now.

It is still a commendable effort by Banksy and is only one among many pieces of street art created by the artist to increase awareness about the refugee crisis.