When you worship something, it becomes nothing short of an obsession. So when you are a die-hard Star Wars fan it’s no surprise that you follow the works of George Lucas with an obsession. When he visited The Stag almost seven years ago, Johann Peters was so inspired by the demo theater that he has tried to recreate the magic… well almost! The theatre is owned by…. you guessed it… George Lucas! The Stag is located at his Skywalker Ranch in California. When he went to attend a THX-certification session at Skywalker Ranch in 2000, Peters, a Star Wars junkie couldn’t get enough of the place. Since getting the details of the original was next to impossible, he had to rely on his THX training and the virtual 360 tours of The Stag on Skywalker Sound’s Web site. While similarities are quite obvious, the differences lie in the seating capacity (from 300 in the original to 16 in the replica) and the choice of room color; a bit toned down scheme has been opted for. The theatre boasts of lots of THX home components and speakers, as well as an upscale JVC 1080p digital projector, JBL subwoofers, Crown amplifiers, and a Mackie mixing console.
(more pictures after the jump) 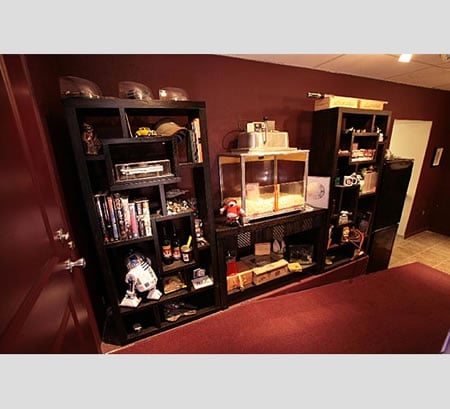 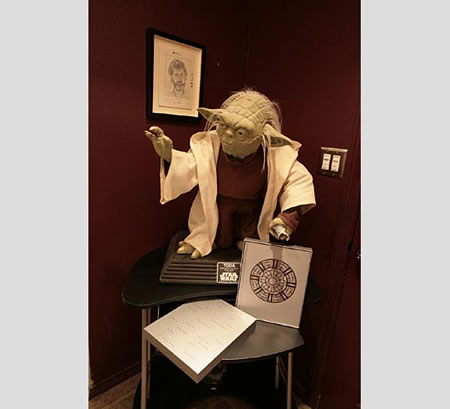 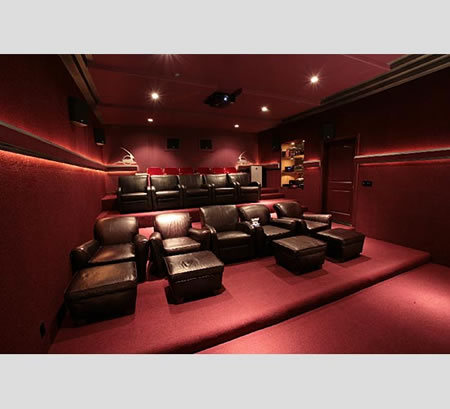 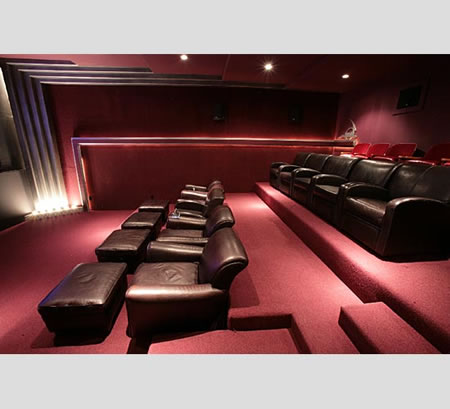