Slim and trim are the hot mantra for any new gadget. Sony also believes the same and all set to unveil the Bravia line of 3-LCD microdisplay rear-screen projector TVs that are 22% slimmer than the previous Sony Grand Wega projection TVs. They will ideally harmonize your home décor while rendering outstanding performance and picture quality. Just because the box is trim, doesn’t mean that Sony has cut down on advanced features also. The 50-inch Sony KDF-50E3000 and 46-inch KDF-46E3000 packs 1080p resolution, 3-LCDs, BRAVIA Engine EX technology, two HDMI inputs, three-component inputs, and Sony BRAVIA Theater Sync. However, the 37-inch KDF-37H1000 offers 720p resolution with the rest of the features remaining the same. 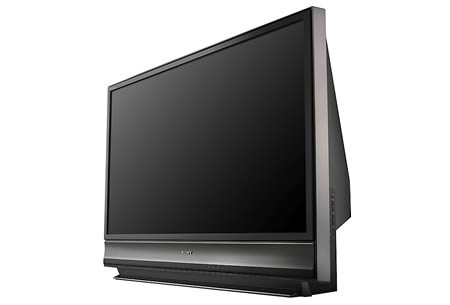 All three models will also support Sony’s recently introduced BRAVIA Internet Video Link module that provides direct access to Internet video programming, including high-definition content, from such providers as AOL, Yahoo! and Grouper, as well as Sony Pictures Entertainment and Sony BMG Music. No word from Sony on the price tag of the 50 inched and the 46 inched Bravia but the 37 inches will be available in May for about $1,300.
Source