Have you seen the $2.2million, Game of Thrones-inspired egg by iconic jewelry brand Fabergé? If I had that kind of money to spend on this stunning ‘commemorative egg objet’ from Fabergé’s head designer, Liisa Tallgren, I would ‘Dracarys’ my way to the front of the line. Faberge’s head designer joined hands with Game of Thrones costume designer Michele Clapton to give the world a one-of-its-kind, dragon egg that maps the grandeur and journey of Daenerys Targaryen. Take a peek inside the egg, and a miniature dragon and a crown will enthrall you. A winged dragon sits next to what it is assumed Daenerys Targaryen’s crown would have looked like had she taken the Iron Throne, with a pear-cut ruby sourced in Mozambique. The exterior glistens in dazzling hues of purple and silver and is finished with diamonds. With this release, HBO is celebrating 10 years of the show and is calling it “The Iron Anniversary,” which also marks Easter celebrations. 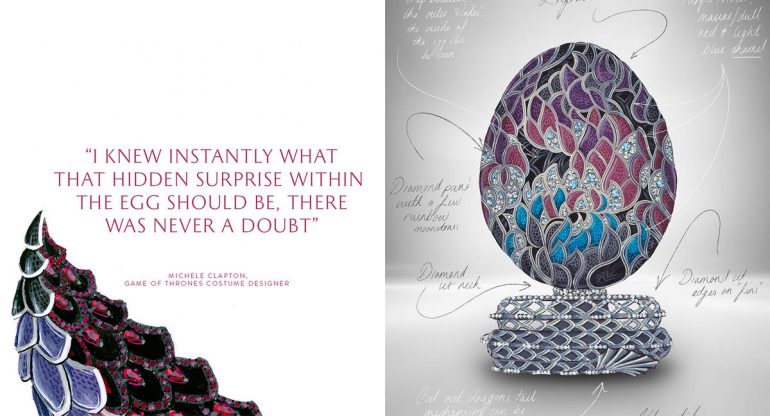 Clapton said, “From the very beginning, the evolution of this egg object has been truly poetic. The design references Daenerys Targaryen’s incredible journey and the importance of color within her costumes, her passion for her dragons, and how she portrayed messages via her jewelry throughout her journey on the show. References from the dragons’ textures and their iconic eggs were used to inform the surfaces of this egg objet.” The finalized “Game of Throne” egg will be revealed later in 2021 for a whopping $2.2 million. 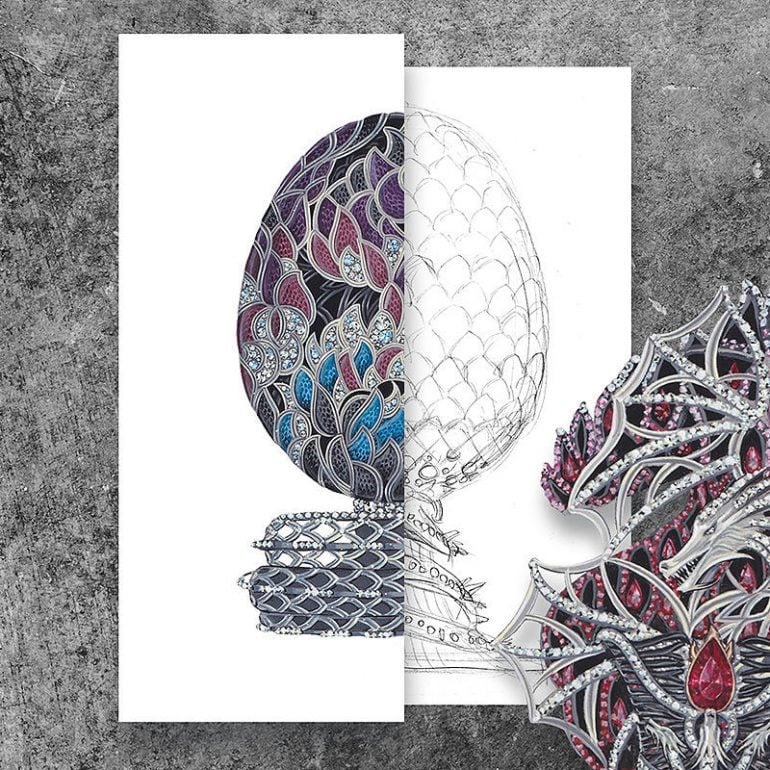 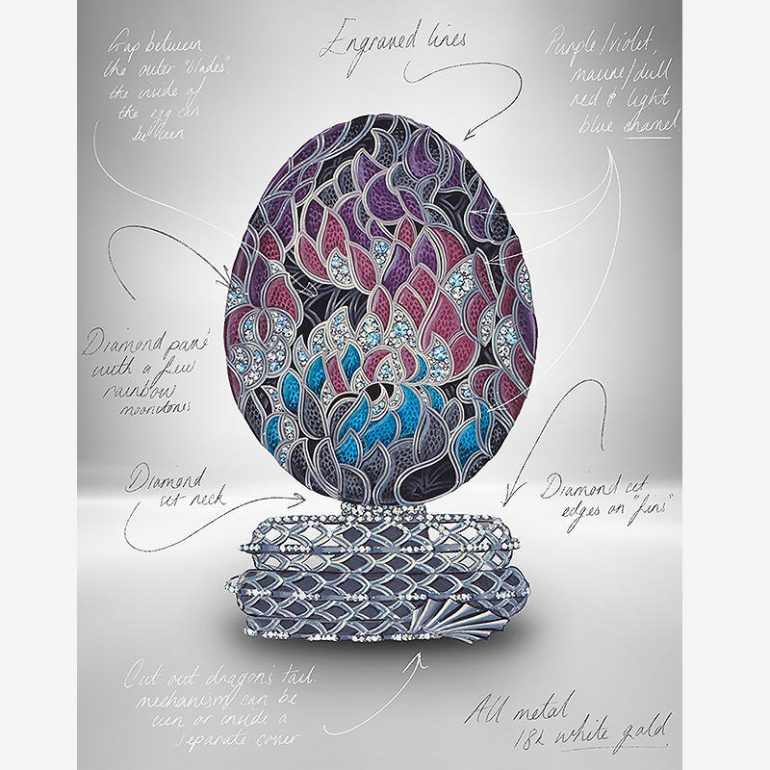 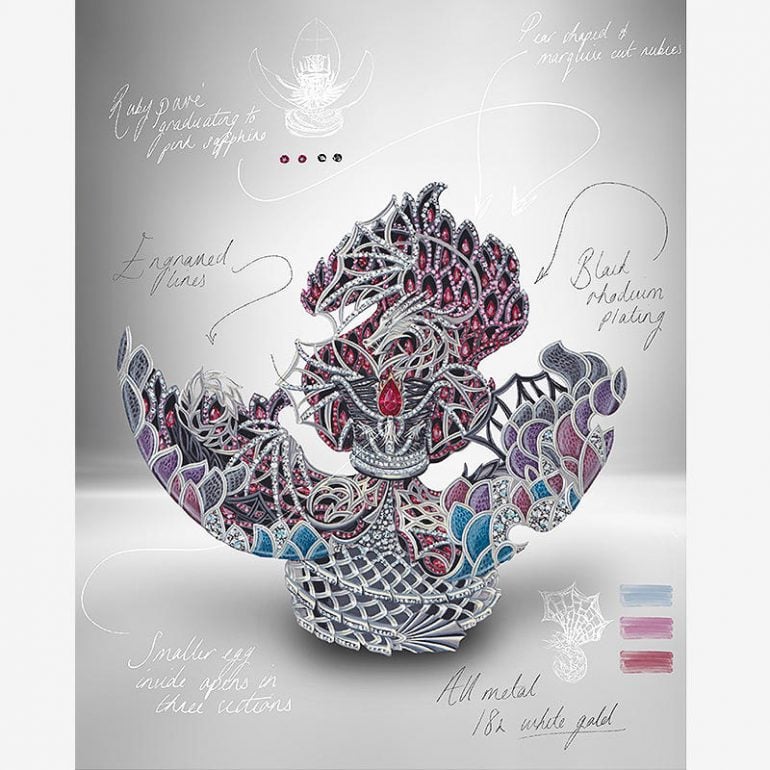 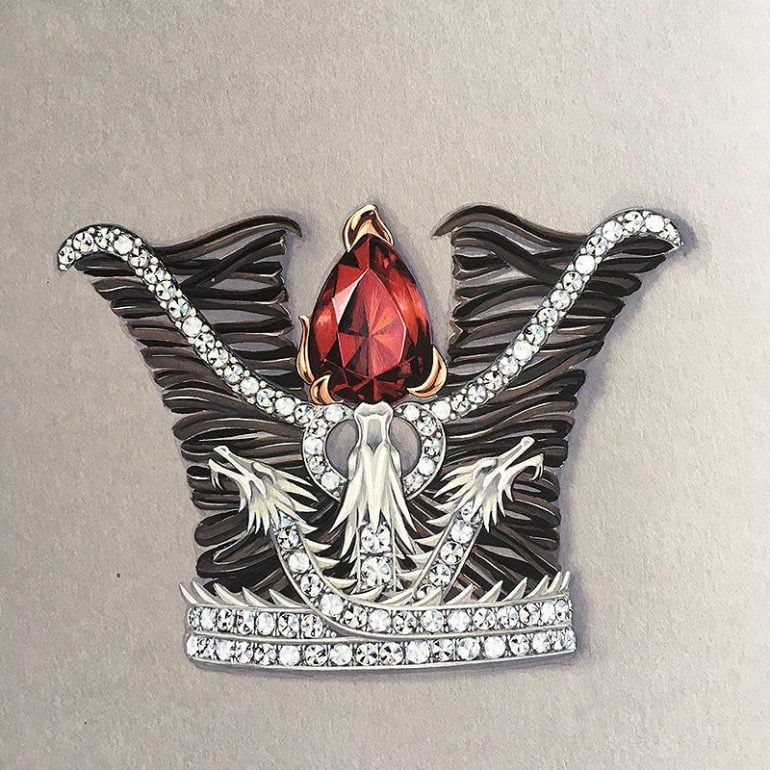 Tags from the story
Faberge