In a city that’s no stranger to handsome sports cars, it does take something phenomenal to get to the not-so-easily impressed Mumbai denizen. I generally take cars for a spin to do my little anthropology study on how the city takes in the presence of yet another good car among their midst, and of course, to get around my usual business of evaluating the machine for a review. In this particular instance my stead was none other than the very desirable and sporty Jaguar F-Type. For starts, it’s a Jaguar and added to that was the fact that it was dipped in seductive red, which made taking one’s eyes off it absolutely impossible.

The F-Type Coupe drove into India back in 2014 but the novelty of seeing one zip by on a busy city street hasn’t dampened since. I stepped into the car with as much enthusiasm as one would dive into a chocolate dipped donut. This may not hold true for every luxury sports car out there but the Jaguar F-Type felt absolutely at home on a Mumbai street. There’s no doubt that it is extremely fast. By this I mean that it could put those luxury sedans on Mumbai-Pune Expressway to shame. And it is incredibly comfortable to maneuver around clogged city streets and doesn’t fare too badly on our less-than-ideal streets. 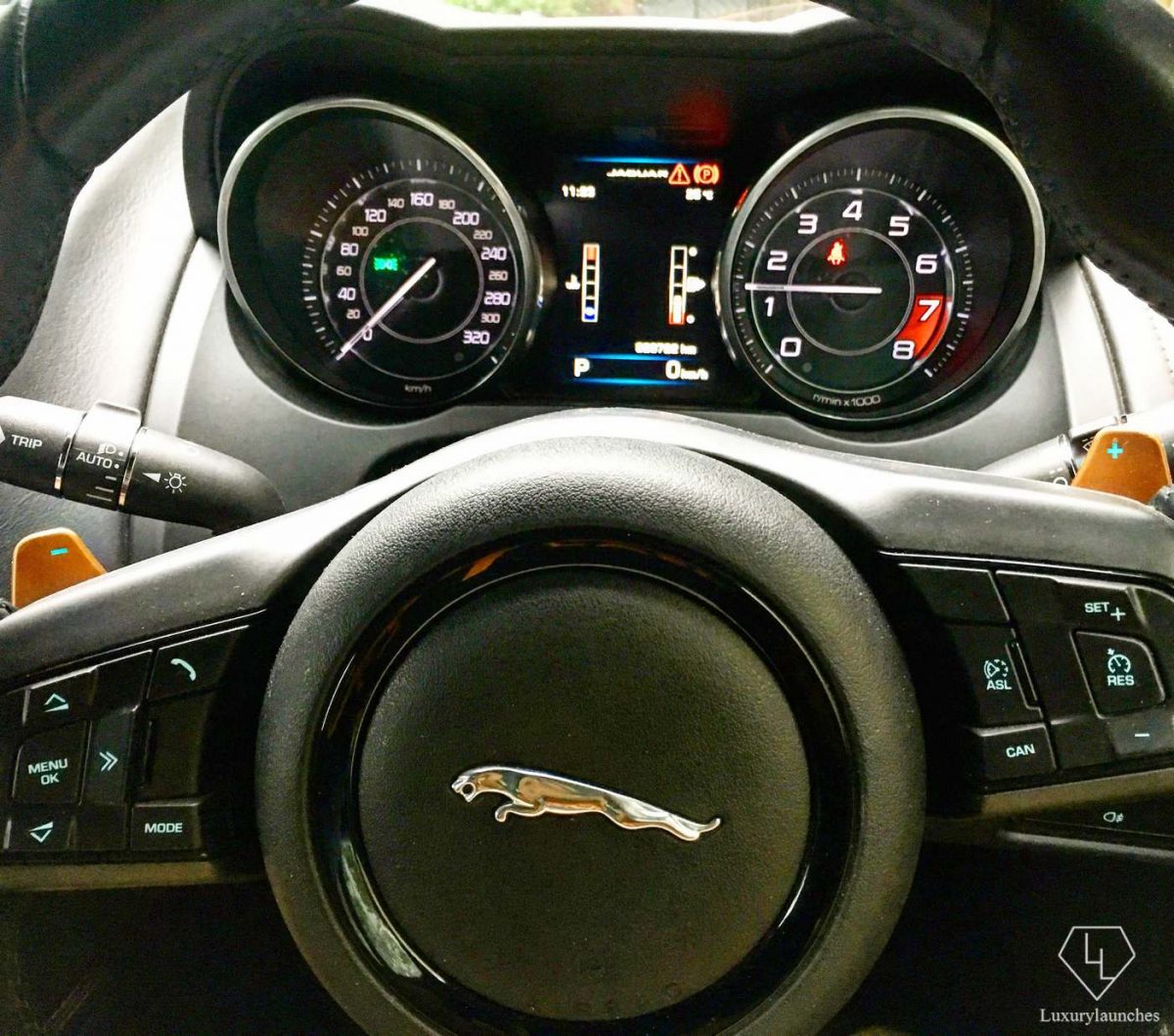 It’s drop dead fast
It’s a sports coupe and a Jaguar. The undeniable proposition that this presents is that the car is unbelievably fast. There’s a vast difference between reading numbers off a spec-sheet on a PDF or a brochure and stretching the car to its full potential on our nearest proving ground, the Mumbai-Pune Expressway. The Jaguar F-Type Coupe comes with a 5-liter V8 supercharged engine. This delivers 550 horsepower and 680 nM of torque. One may think that this is too much of an overkill for city roads but when you jam that accelerator down, you wouldn’t be more thankful to the thoughtful few who packed this performance into this speedster. The acceleration is simply exhilarating and driving with the 8-speed ZF transmission is nothing short of a treat to the senses. In conducive conditions, the F-Type easily goes from still speed to 100 kmph in a matter of 4.2 seconds. This could ensure that you do not miss the next darn traffic light, albeit, at 3 a.m. It can reach a top speed of 300 kmph, which means that if you were on a hypothetical flat and incredibly straight road to Goa, you’d get there from here in a little over two hours maybe.

ALSO READ -   The 2018 Cayenne – An SUV enthralling the racing breed within!

That roar is music
I knew that it was a well-known fact that the F-Type’s engine was among the best sounding ones. I had to try it out and did so with much glee. The active sports exhaust lets out an impressive roar delivering a visceral note due to the bypassed gases. Pit this one in a parallel lane with a Royal Enfield, road-digging machines and even a performance tuned German (read M / AMG) and the F-Type will come out as a clean and distinct winner.

A Mumbaikar wouldn’t be too surprised hearing revving engines on the Bandra-Worli sealink, Palm Beach Road, Carter Road or even Marine Drive. The sounds do turn heads and dilate corneas. But then again, when you want to flaunt a F-Type you wouldn’t want to level it up against dusty bikers and over-enthusiastic car owners. 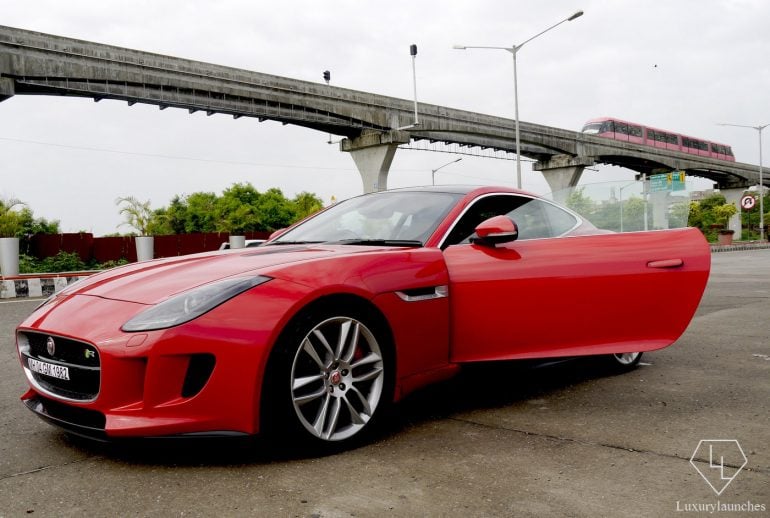 Traffic sense kicks in
While it isn’t rare spotting traffic cops and beat marshalls around curbs in Mumbai, it doesn’t necessarily guarantee good traffic sense. That’s where you’d require something as dominating as the F-Type in your midst. With it, I could give an indicator for a u-turn and the oncoming traffic would instinctively stop. I even managed to ward-off some snotty, notoriously disobedient cabbies of all people. Even choc-bloc evening traffic maintained its distance from the F-Type giving me the feeling of ease I’d never experience before. 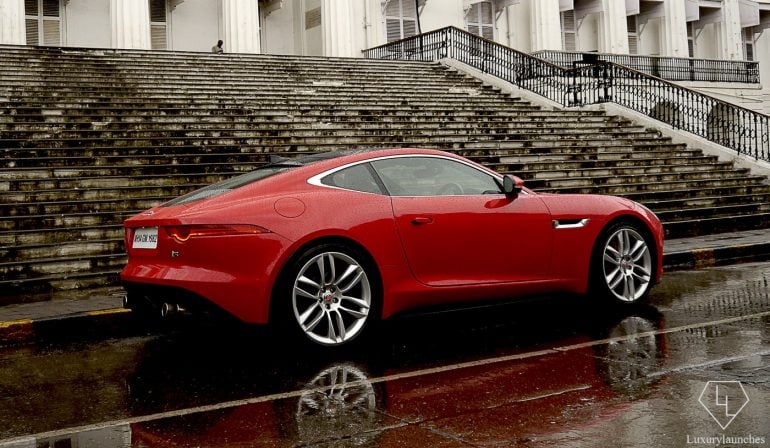 Every parking spot is adorned
In a city like Mumbai, getting a parking spot is task enough. While valets often cook up some unconvincing reasons to deny you parking your weather-bitten and time-worn sedan, winning his favor in an F-Type was much too easy. I picked a popular restaurant at BKC to run my little social experiment and the valet there completely lived up to my expectations. After overcoming his fascination to park the F-Type he let me do the honors at a parking spot of my choosing. I did so and it wasn’t long before there was a throng of selfie-seekers thronging around. It came to pass that the car had its very own guard stationed voluntarily next to it, keeping all selfie-shooters and people wanting a touch at bay. 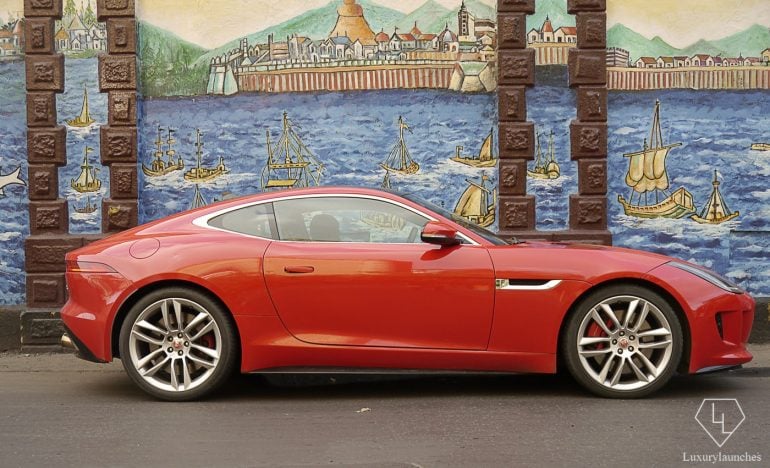 Spreading infectious smiles
It actually happens, believe me. In the cloud of dust and unrelenting showers, the F-Type sends a very positive wave across the faces of those who see it. Sitting in the car made me feel like a celebrity. Strangers waved and pointed at the car while others flicked out their smartphones and grabbed some memories. At signals, traffic jams and even parking lots, nice folk would surround the car and ask me permission to take a selfie with the car.

ALSO READ -   2021 Audi e-tron GT and RS e-tron GT launched in India with a starting price of Rs 1.80 crore
Some even went far enough to ask me to get off my ride and so that they could shoot themselves at the steering, albeit they did so politely. Others asked me how much I paid for the car while wondering at the back of their minds if I was the offspring of some business tycoon or celebrity. It feels good because the smiles were carved as vividly on my lips as it was on theirs. 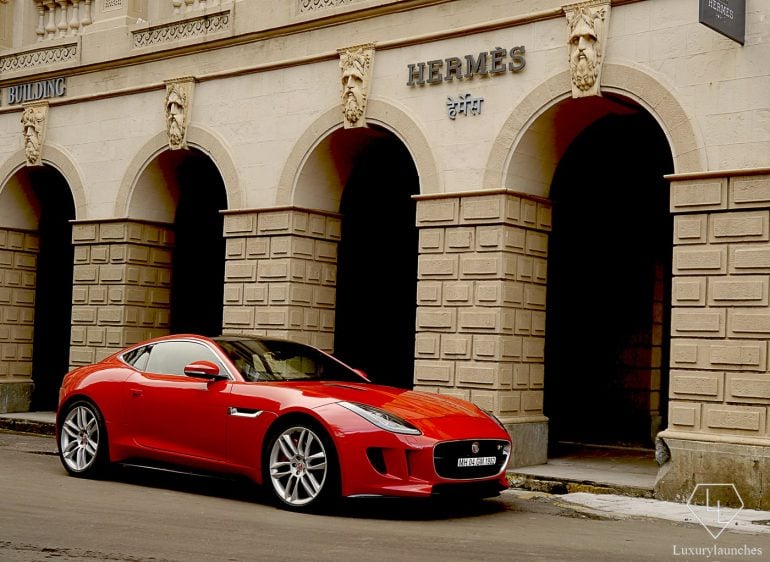 Somehow, it feels like an everyday car
This may seem rather preposterous a claim but the F-Type did feel at home in my parking lot. I drove it to work for five days and strangely, it felt absolutely comfortable to drive. It does just as well on an open road as it does in bumper-to-bumper traffic. The gearbox is smooth and even though the suspension is stiff, it isn’t back-breaking like most other sports cars.


You can expect all the creature comforts in the cabin. The ground clearance is fantastic as compared to other cars in the category. This keeps the underbelly well away from speed bumps. 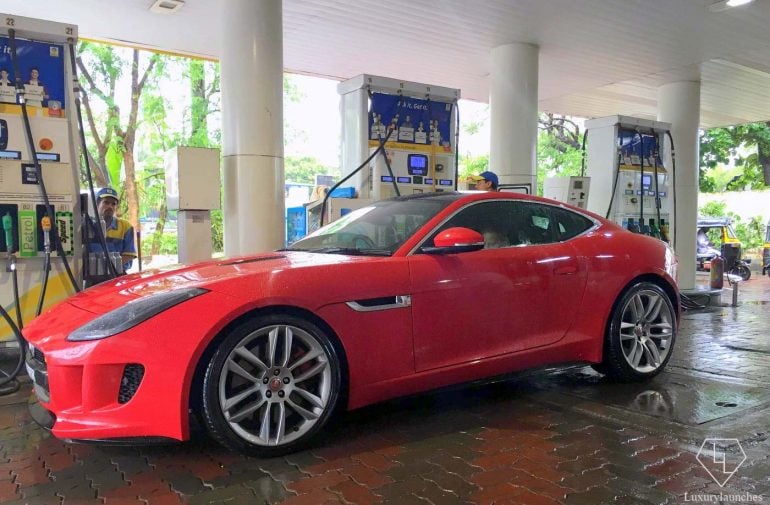 It does sip some considerable amount of premium fuel, giving you just 5.5 km to a liter however on a comparative scale it does better than my Honda City that packs 1/4th of the juice and delivers 7.5 km to a liter.

What I learned from the experience was that driving a sportscar in Mumbai doesn’t always have to be limited in the wee hours of the night on the sealink or freeway. The world does manufacture cars that could fit into our cityscape rather snuggly. Parting with this fine coupe was not easy. I solemnly say that I could unregretfully live with this car for a while longer.

The Jaguar F-Type Coupe R (ex-Mumbai) is available for INR 2.4 crores. A special thanks to Jaguar Land Rover India for making this feature possible.