What started off as a joke has turned into a lucrative business opportunity for a Canadian start-up company, when they launched bottles of fresh air, straight from the Rocky Mountains. Vitality Air which was founded last year in Edmonton, Canada began selling in China two months ago and their first shipment has been a complete sell-out. For what Canada has in abundance, clean fresh air is scarce in pollution-hit China. 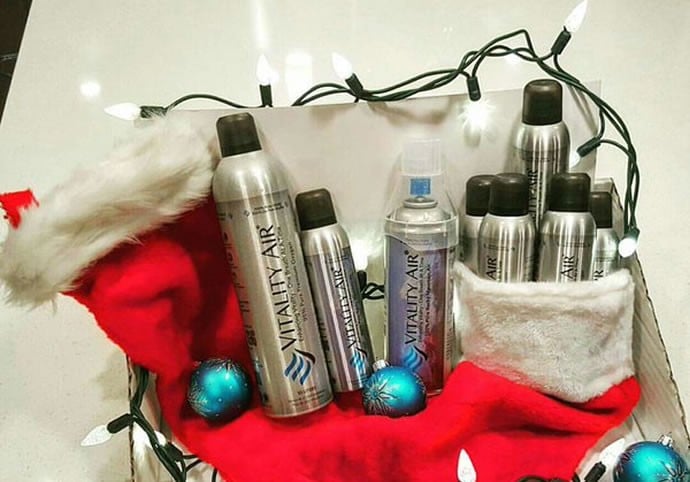 Vitality Air’s Mr Lam and co-founder Troy Paquette cold a plastic bag of air for less than 9 cents on ebay and a second bag for CAD $160 ($116) and realized the business potential in selling fresh air. Currently the Chinese are dishing out roughly 100 yuan ($15) for a 7.7 litre can of crisp air, taken from Banff National Park in the majestic Rocky Mountains. That is 50 times more expensive than a bottle of mineral water in China.

It truly is a sad state of affairs when the world has to pay a price for clean air. This news comes not too long after Beijing issued a red alert for pollution that forced half of the cars off the roads. This is also not the first attempt to sell fresh air in China. Last year, Beijing artist Liang Kegang raised £512 ($768) for a glass jar filled with air taken from a business trip in southern France. In 2013, multimillionaire Chen Guangbiao sold cans of clean air taken from less industrialized regions of China for 5 yuan ($0.7) each.

Vitality Air sells its bottled fresh air across North America, India and the Middle East but China is its largest demand market. In fact business has been so good the company is having a tough time keeping up with demand as each bottle of fresh air is filled by hand. Massive cans of compressed air are collected before dispensing it into retail canisters that can be easily shipped worldwide. Looks like it’s only a matter of time before pure bottled water and pure air will be sold side-by-side on supermarket shelves! A pity indeed.

Tags from the story
Bottles, China