Be it the Power Loader with those giant fork arms from the 1986 movie Aliens or the badass AMP (Amplified Mobility Platform) suits seen in the Avatar, exoskeleton suits have always been a favorite with Hollywood sci-fi filmmakers. Haven’t we all secretly wished for a fully-functioning version of one of those ultra-cool robo-suits giving us superhuman capabilities? Well, an engineering company by the name Furrion Exo-Bionics has built a giant mech suit that weighs a whopping 9000 pounds and is powerful enough to lift a car. Called the Prosthesis, the colossal four-legged machine looks nothing short of a walking tank with an open trellis structure protecting its operator. “It’s basically a cross between a trophy truck, an excavator, and a dinosaur,” explains co-founder and chief test pilot Jonathan Tippett. “We ended up with four legs because the pilot has four limbs, and the machine has a wide stable form factor that it has so that it’s easy to balance.” 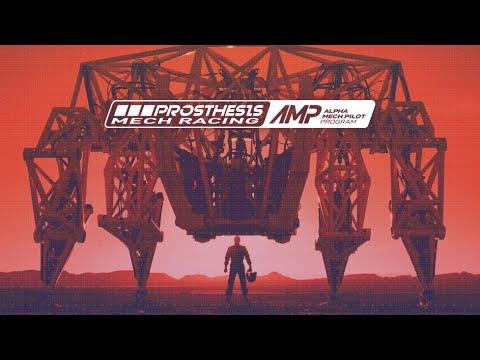 The operator/pilot can control Prosthesis by moving both their arms and legs, which gets translated and amplified to the four limbs. There’s no AI or self-driving feature that can control the mech suit without human intervention. Sadly, it hasn’t been built for giant robot wars and its creators want it to be a part of a completely different kind of sport. The company recently launched a Kickstarter campaign to create a “global racing league that would pit multiple world-class athletes in head-to-head competitions, through complex technical obstacle courses, wearing giant powered mech suits.” Think of it as parkour games, but for massive mechanical creations instead of people. In case you choose to back the Kickstarter campaign, you’ll get a “one-on-one mech pilot training” or get free tickets to future race events.

Tags from the story
Robotics, Suit