What began as the edible chocolate crème or the ones made out of pastry and sugar, Easter eggs have now become an extravagant pay-off. Just in time for the Easter, the world’s most expensive diamond encrusted egg has been unveiled. The Mirage Egg created by Manfred Wild costs a staggering £5million and is privately owned by a mysterious collector. 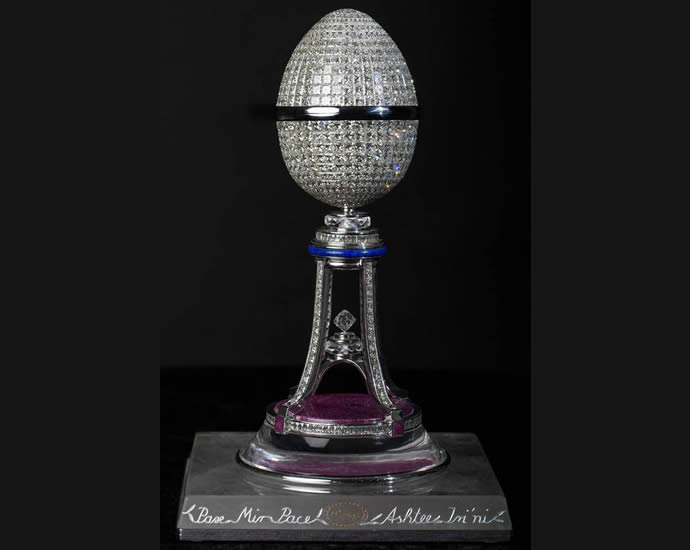 Vashi Dominguez, the diamond entrepreneur revealed that the mysterious owner doesn’t want to sell the masterpiece but if someone is keen to buy it then they can concierge an agreement. 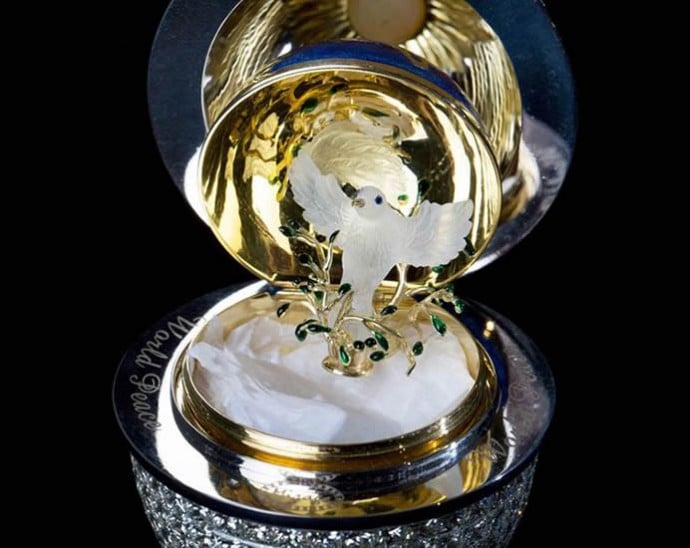 The jewel-encrusted egg has 1,000 diamonds on its shell and opens up to reveal an ornate globe in 18carat gold. Within the globe, a rock crystal dove with a gold beak and gems for eyes, is perched on a lavish gold olive branch. The dove and olive branch were hand carved in gold to represent world peace.

Mirage has taken three years to make, with work carried out by the world’s elite craftsmen across three continents.

Tags from the story
Diamond-Studded, Most-Expensive