The New York International Motor Show had the all new Audi R8 Spyder showcased and we’re thrilled to learn that the makers have gone all the way to ensure improvements in just about every feature on the spec-sheet. This includes more horsepower, upgraded components, a tighter chassis, brand new driving modes and of course, a performance that is unrivalled by previous renditions. 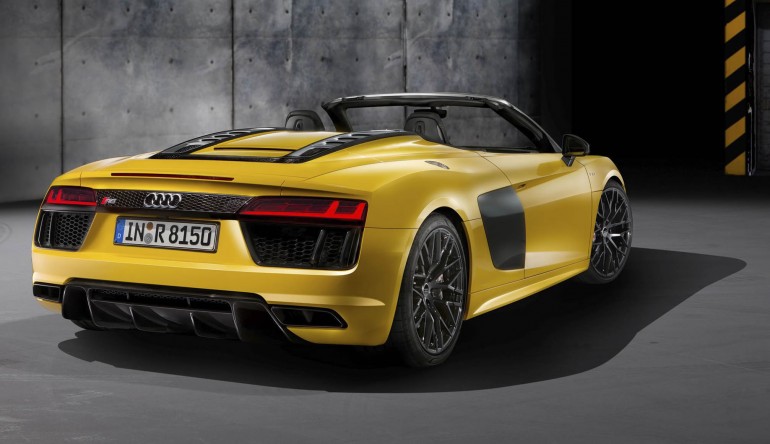 This new V10 Spyder will run on a powerful 540 horsepower engine that will take it from 0 to 60 in just 3.6 seconds. That’s a significant improvement from the 2015 version. It can also touch impressive top speeds around the range of 197 mph. Even at such raging speeds, the Quattro all-wheel-drive system ensures stability and superior traction. This Spyder is a thrill to maneuver with a 7-speed S tronic dual-clutch transmission.

On the design front, we see influences of the 2015 version carried forward in the form of the wheel arches, long rear portion and the distinct placement of the passenger portion of the car. The body is 14.5 feet long with Audi’s typical nose structure and honeycomb grille up front. The LED-diode headlamps complete the front portion of the open-top car. The top retracts in just 20 seconds, at speed of 31 mph and is available in a varied choice of colors including red, brown and black. 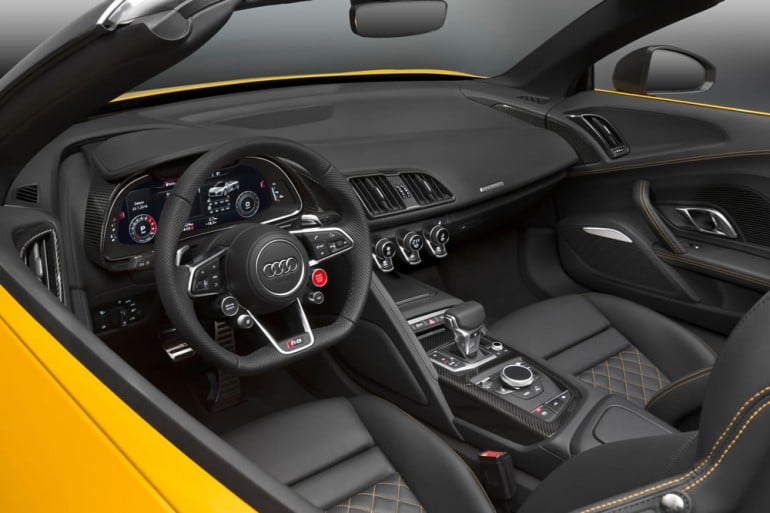 The Audi V10 R8 Spyder will go on sale later this year. 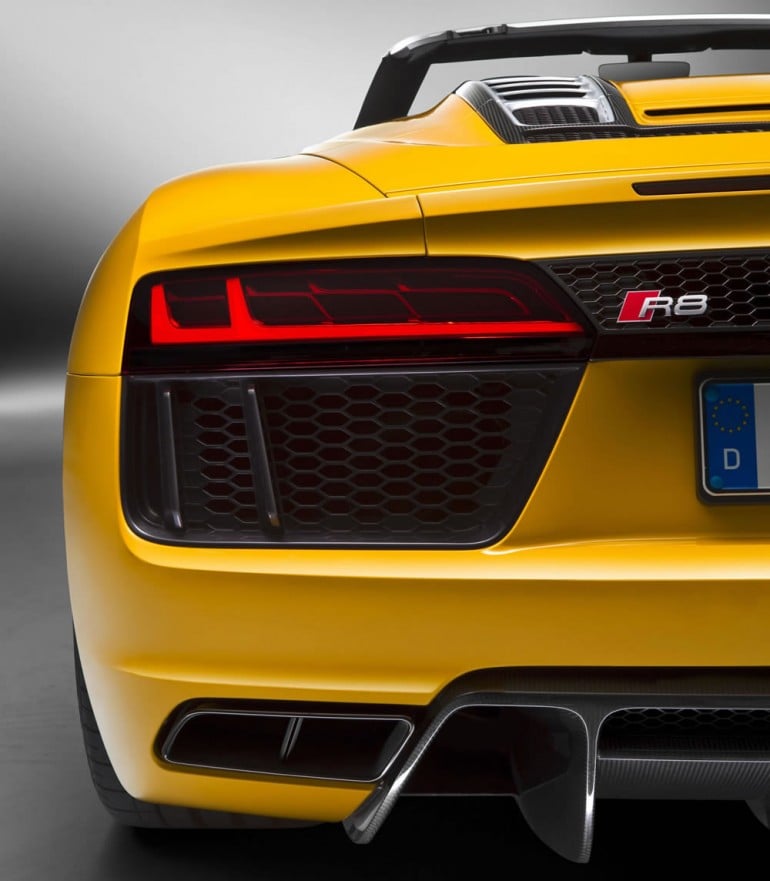