Rolls-Royce is undeniably a synonym for luxury and opulence. The British automaker, owned by BMW, has long since been sculpting cars that are more than just a way to get around. Rolls-Royce cars are known to be luxury and power packed machines, each unique from the other, with price-tags that ensure these cars aren’t too common. Two years after its last release the Wraith, the manufacturer has now unveiled its next machine, the Rolls-Royce Dawn. The car is just as special as its predecessors, but still manages to stand out from the rest. Here’s what makes the Dawn a car that’s worth all the attention it has been receiving lately. 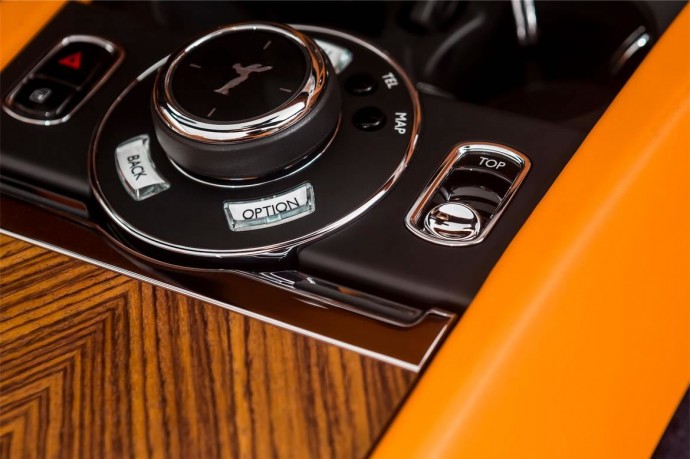 4. A technologically-sound exterior
The Rolls-Royce Dawn manages to supersede its peers when it comes to technologically-driven exterior features too. The car has received a number of BMW-influenced additions, including a night-vision system capable of detecting the heat signatures of pedestrians and animals, a radar-based cruise control system and adaptive anti-dazzle LED headlamps. One of the most fascinating features of the Dawn is the GPS-enabled eight-speed automatic transmission that foresees the road ahead, offering optimal gear shifts! 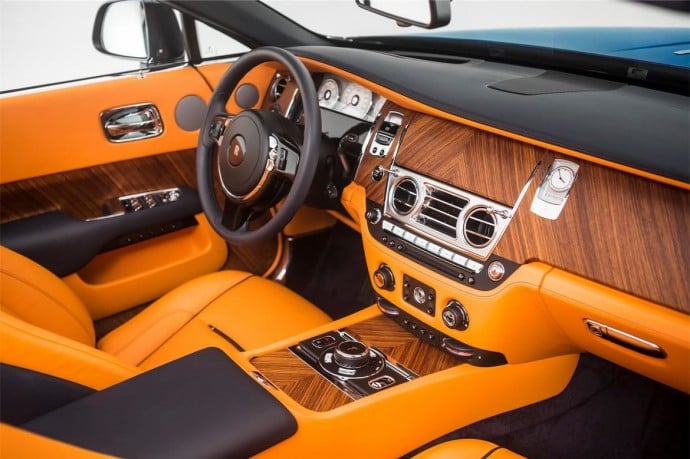 3. An ultra-luxurious interior
One of the many things that set a Rolls-Royce car apart from all of its peers is its interiors. The manufacturer ensures that only the finest products and accessories are added on to the interiors of its cars, and the Dawn follows suit. Unlike most of its predecessors, this Rolls-Royce sways more towards the technological side of interior design, than leather-clad wood-finished design philosophies. The Dawn sports a 10.25-inch infotainment screen, operated with the Spirit of Ecstasy controller. This multi-way joystick is an upscaled version of the BMW iDrive and boasts of a finger-swipe gesture pad as well, that’s also capable of recognizing Arabic and Mandarin. When it comes to leg-room, Rolls-Royce has left no stone unturned. The company chooses to call this car a ‘true four-seater’, with groundbreaking space in the rear, as well as up front. 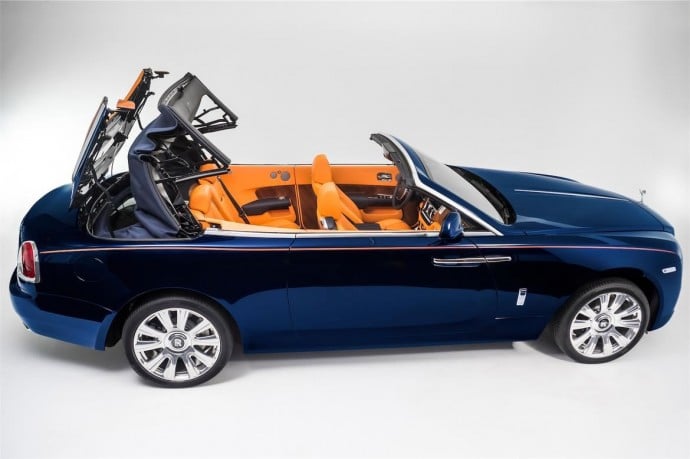 2. A roofless wonder
The Rolls-Royce Dawn is a convertible, unlike any other. This car manages to let you enjoy the wind in your hair, while you sit back in relax in sheer luxury! According to the company, the Dawn is the quietest convertible in the world, with a roof folding mechanism nicknamed the “Silent Ballet”. The system is capable of stowing away the massive roof of the car in well below 22 seconds, while the car travels at speeds of up to 32 mph. Rolls-Royce has opted for a soft top for aesthetic purposes. 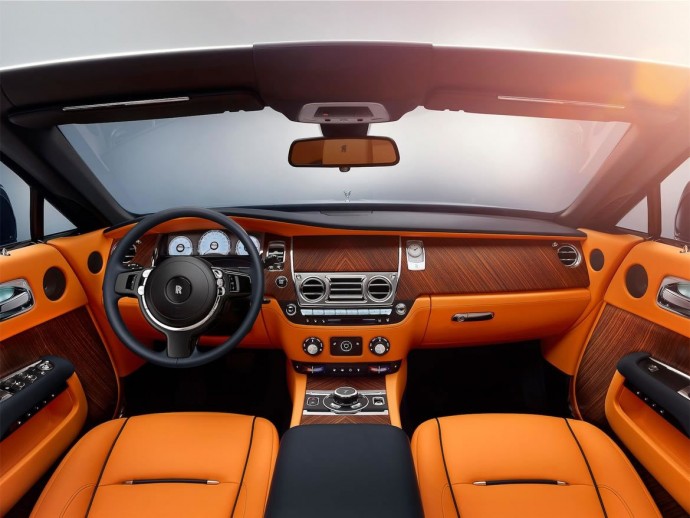 1. A powerful, yet calm motor
While the Rolls-Royce Dawn might come packed with a monstrous engine under its hood, the car manages to push the limits without a roar that’s too loud. While most automotive enthusiasts would expect an engine this big to be loud enough to make heads turn, the Dawn manages to glide calmly, and make heads turn! The car has a twin-turbo 6.6-litre V12, the same engine used by the Ghost. The engine is capable of producing about 563bhp at 5250rpm and 575lb ft at 1500rpm. Coupled with an eight-speed ZF automatic gearbox, the Dawn is capable of touching the 62 mph in well below 4.9 seconds! 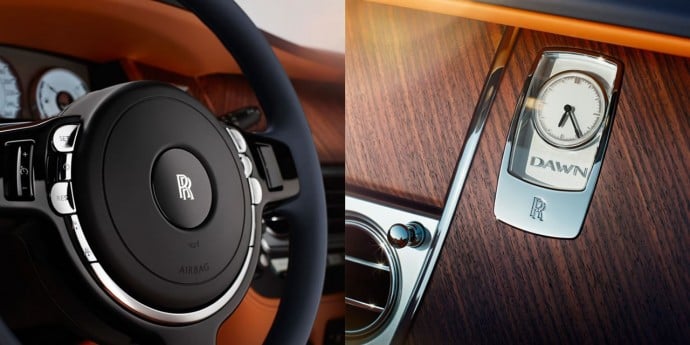 To conclude…
Let’s face it. When it comes to luxury, not many have managed to surpass a Rolls-Royce before. The Rolls-Royce Dawn stands tall, even with hits roof tucked away, with the Spirit of Ecstasy gracing its hood. With a body that’s 80% new, as compared to the previous car, the Wraith, this Rolls-Royce is inspired heavily by the 1952 Silver Dawn Drophead, the last coach-built Rolls. The manufacturer claims that this is the ‘most rigid bodied’ four-seat convertible available in the market today, and we wouldn’t want to disagree. Measuring in at 5285 mm long, 1947 mm wide and 1502 mm high, the 2560 kg Rolls-Royce Dawn sports an impressive wheelbase of 3112 mm. The car is expected to go on sale early next year, with a price tag of approximately $350,000. Aptly named, this Rolls-Royce is indeed the dawn of a new beginning for the British automaker.