Back in June this year, a replica of the LaFerrari made in China was making the internet rounds. At least in the pictures leaked online, the LaFerrari replica looked quite accurate. This time round, we have another Chinese enthusiast who has tried building a replica of Pagani Huayra; but on this occasion, the made in China copy is utterly hilarious. Notwithstanding the fact that the replica Pagani Huayra is a copy of a car that still does not exist. The roadster version of Pagani Huayra will only be unveiled in 2016. Looking at the pictures seems like the independent coachbuilder designed his replica by looking at low-resolution pictures of the Huayra downloaded from the internet as none of the design elements quite match. 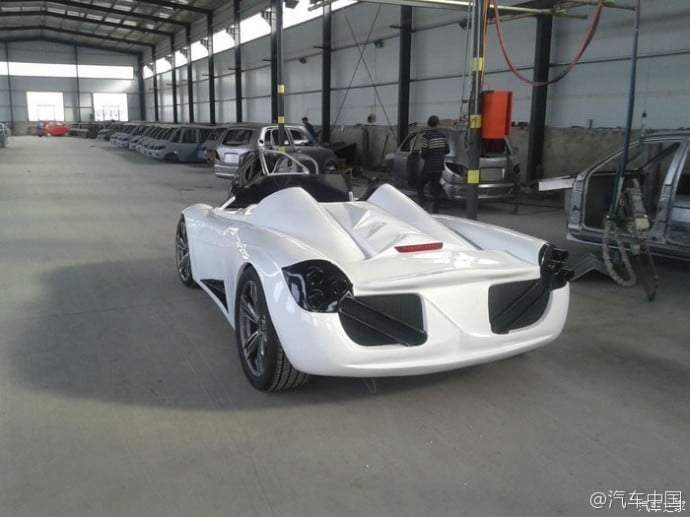 No matter from which angle you look at the replica, it looks plain tragic. Be it the pointy nose, or the missing quad-tailpipes, which is one of the central design features of a Huayra, the copy is nothing more than a joke. But the most laughable feature of the car is the tinted windscreen which drastically narrows down at the top and doesn’t even cover its occupants. There is no information on the engine powering the car; hopefully it is not a very powerful one else the flimsy plastic body might just fly off the chassis.