Audi has launched the latest version of its armored A8 L Security in Russia in the most low-key fashion possible; so much so that the German automaker hasn’t even released an official press release. The new Audi A8 L Security features a protected passenger cell that meets the VR9 bulletproofing standard along with the glass areas with class 10 protection. The armored protection added to the luxury limo can protect its occupants from sniper fire, rapid-fire, and hand grenades. In addition to the protective plating, the A8 L Security also comes with an extensive hardware suite that includes an intercom system in an armored box built into the trunk, a secondary battery, and a fire extinguishing unit nozzles on the underbody, wheel housings, fuel tank, and underneath the hood. 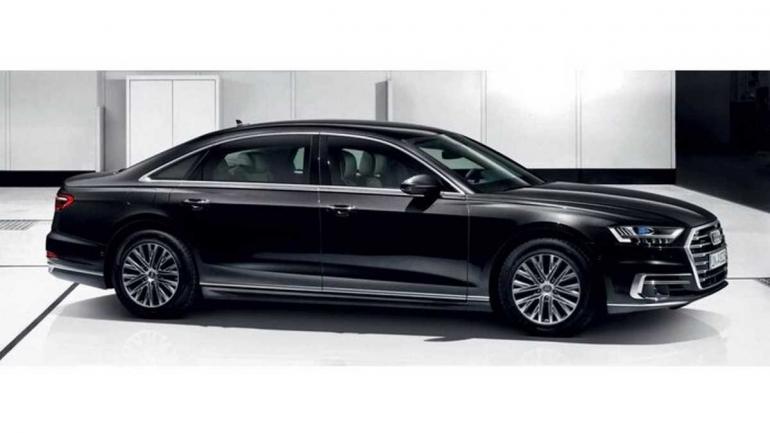 Additional security features in the new Audi A8 L Security includes run-flat tires that remain functional up to 50 mph for a maximum of 50 miles even after sustaining damage and an onboard pyrotechnic system that rips out the hinges of the doors if they are jammed. The armored limo’s fresh air system automatically engages when it senses chemical hazards. The air flaps close and fresh, breathable air is pumped into the cabin. Thanks to all the protective add-ons, the A8 L Security weighs a hefty 8,542 pounds. To offset the added weight, Audi has plonked the 4.0-liter twin-turbo V8 from the S8 into the car the produces 563 hp and 590 lb-ft. According to Audi, it can do the 0-62mph sprint in 6.3 seconds – 2.5 seconds slower than the S8. The top speed has also been reduced to 130mph from the standard’s electronically-limited 150mph. The new A8 L Security is priced at nearly $750,000 before options in Russia. 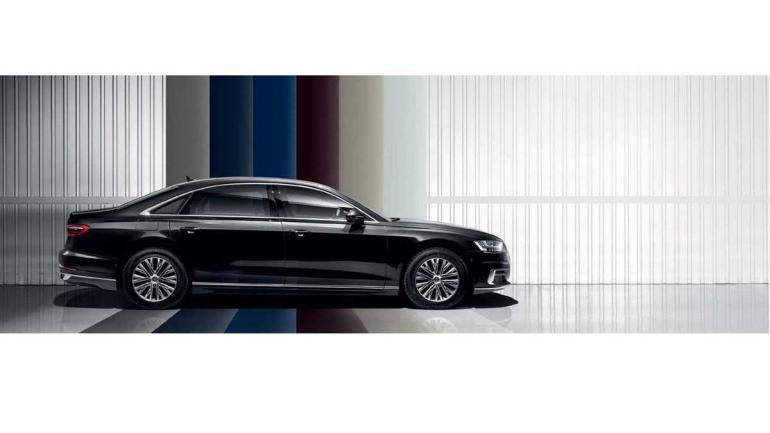 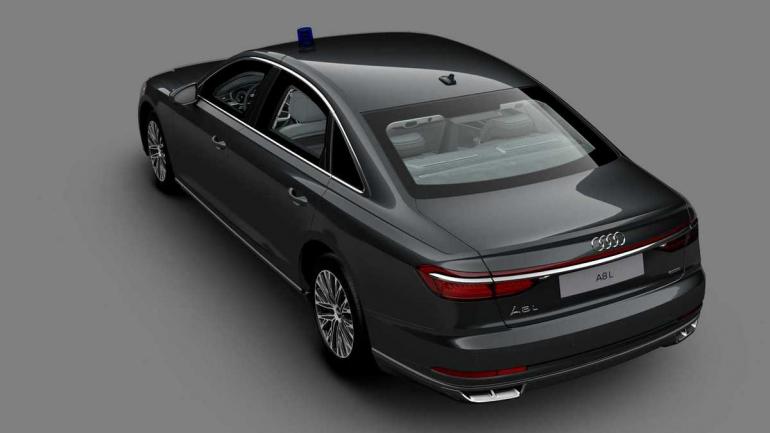 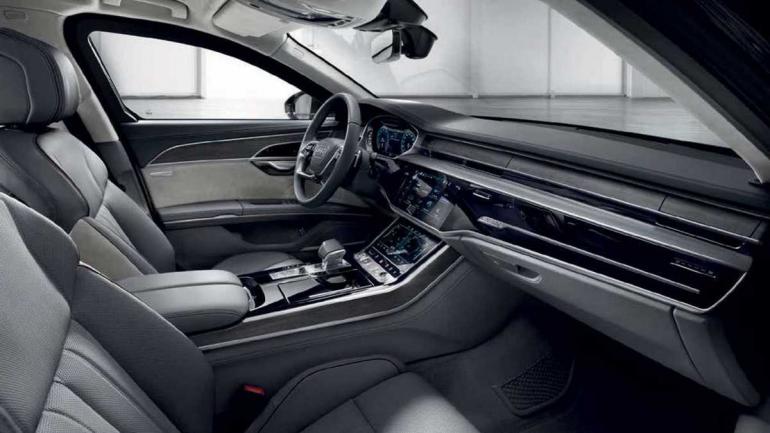 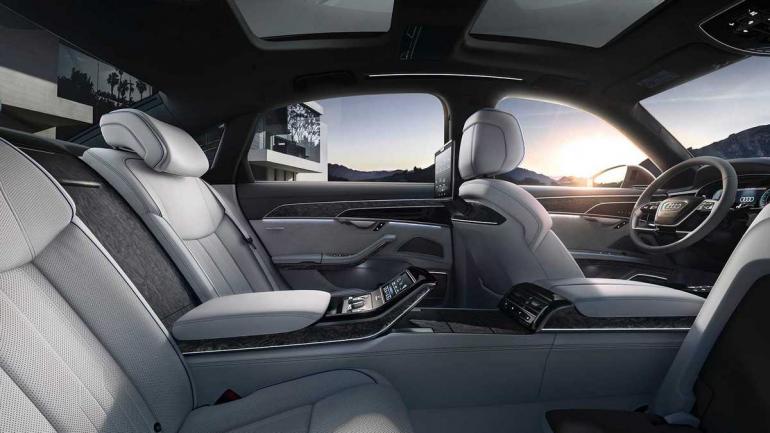 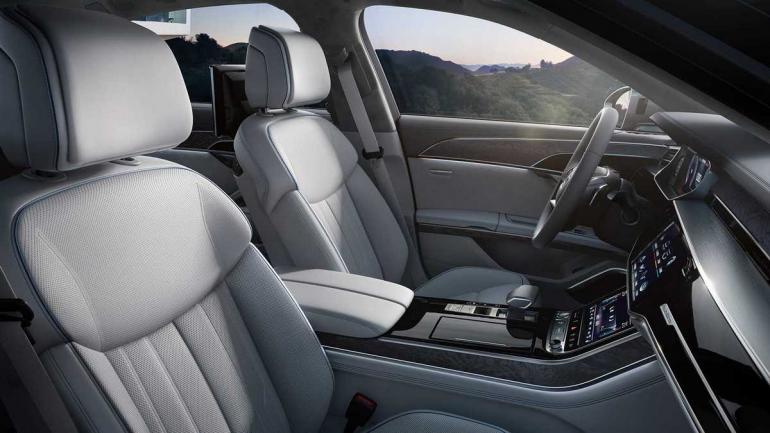 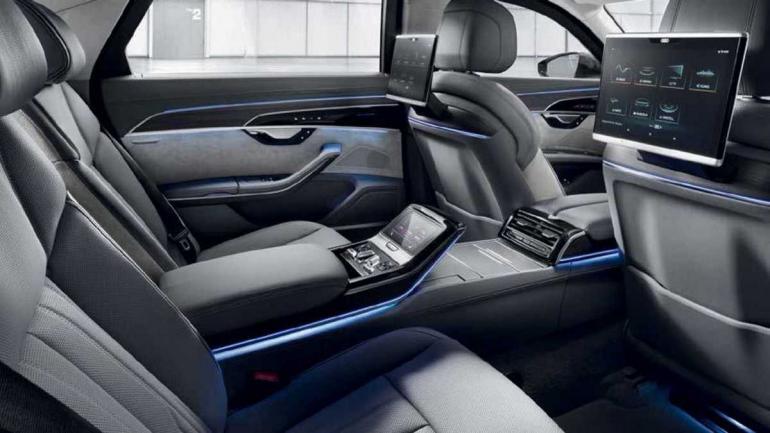 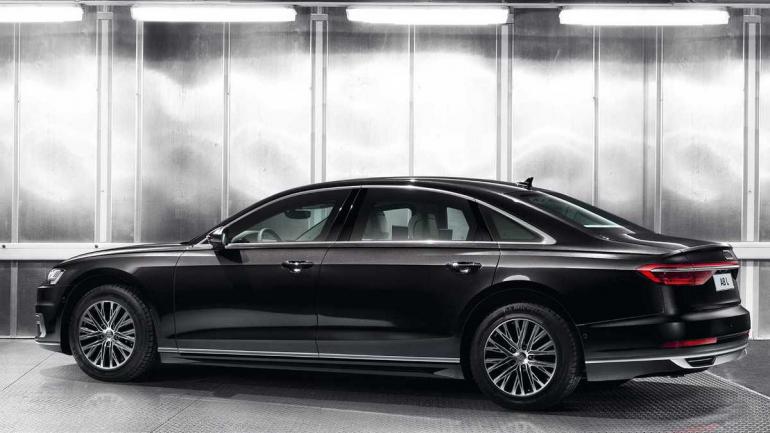 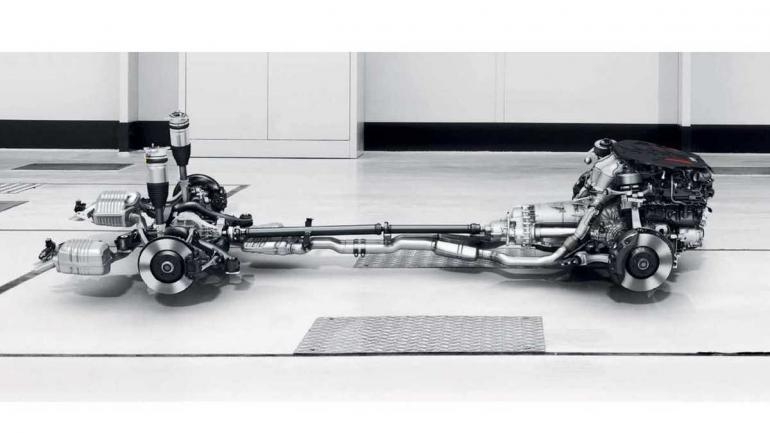 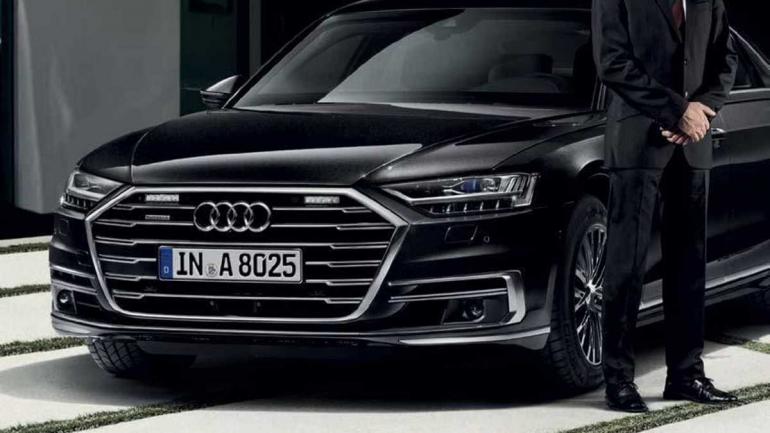 Tags from the story
Audi, Russia