Remember Jaguar’s stunning C-X75 hypercar? Most of us petrolheads were bummed when we learnt that the 850bhp hybrid would never make the production cut. Well, as a consolation to us, the Jaguar C-X75 is soon going to make its on-screen debut. Living up to its ‘good to be bad’ tagline, Jaguar is providing the 200mph hypercar for the new James Bond movie ‘Spectre’ and will be used by the villain of the 24th James Bond adventure. The Jaguar C-X75 will feature in a spectacular car chase sequence through Rome alongside the Aston Martin DB10. The C-X75 vehicles have been built in collaboration with Williams Advanced Engineering facility in Oxfordshire, England. 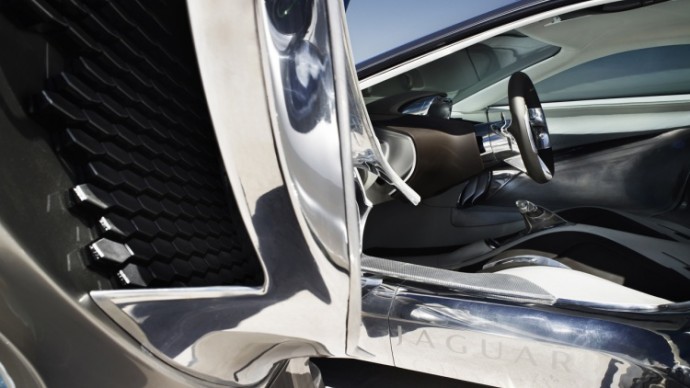 The Jaguar C-X75 had been due to go into full production with a near £1million price tag but the British marquee pulled the plug because of the recession. Also featuring in the movie are heavily modified versions of the classic Land Rover Defender and also the company’s fastest and most powerful model ever, the 542hp and 680 Nm supercharged V8 Range Rover Sport SVR. The Big Foots were constructed by the Special Operations division with huge 37-inch diameter off-road tires to tackle the extreme terrain. They also feature bespoke suspension and enhanced body protection. Spectre is due in cinemas on November 6, 2015.