The most hotly anticipated car from the 2014 Geneva Motor Show has been unveiled; the Koenigsegg One:1 rocketship is finally here! Koenigsegg is celebrating its 20th birthday this year and the Swedish supercar maker decided to build a hypercar that takes motoring to an all new level to celebrate the occasion. In fact the One:1 is so special that a new breed of hypercar has been spawned. It’s the ‘world’s first megacar’ as the Koenigsegg One:1 is the first production car in the world to have a megawatt of power (1,341 horsepower) to its disposal taking it beyond the territory of supercars and hypercars. And just look at it; the One:1’s exterior looks more like a spaceship than a car and it would be more logical to compare it with the likes of Millennium Falcon! Even the press release doesn’t read like it’s describing a road-bound vehicle, it’s simply impossible for the normal eyes to comprehend. 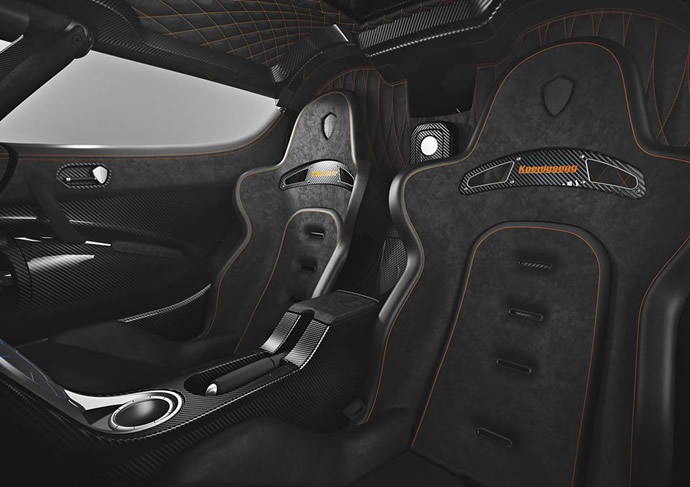 The Koenigsegg One:1 is powered by a twin-turbocharged, 5.0liter V8 engine with 1,341 hp and 1,011 pound-feet of torque which is mated to a seven-speed dual-clutch gearbox. It has an electronically-controlled differential which controls the insane amount of power. It is equipped with a lot of things we have simply never heard before ever being used on a road going car. It has variable geometry turbos in custom, 3D-printed housings and a 3D-printed titanium exhaust, and the chassis of the One:1 can predict the road ahead using GPS, and drivers can even study telemetry later as 3G connection sends the car’s data to be processed on an iPhone app. It is years ahead of its time!

As mentioned before in our previous article, the Koenigsegg One:1 has a perfect power to weight ratio of one horsepower per kilo, thus the name One:1, and thanks to the black art of aerodynamics, the Swedish supercar maker claims the One:1 has a top seed in excess of 273mph. But even if it does manage to reach that speed, it won’t be the world’s fastest production car as Guinness world record clearly states the production has to exceed 30 units to qualify. And Koenigsegg will make only 6, which is a bit of shame, as this could have finally been the one to snatch the title away from Bugatti Veyron. Nevertheless, it’s still cool! No one other than Koenigsegg has driven it as of yet and everyone is eagerly waiting for one of these to hit the tracks and make some history. Until then, it’ll make auto enthusiasts go weak in the knees just looking at it. 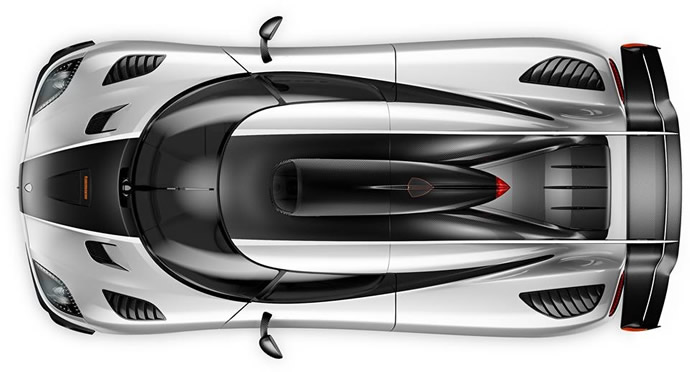 Tags from the story
Geneva-Motor-Show, Koenigsegg