The only way to progress sometimes is by delving into the past. That’s exactly what Wallenius Marine, a shipbuilding company out of Sweden, is doing with Oceanbird taking cues from aviation and the old-fashioned way of seafaring. Call it an outsized sailboat, but this could be the way to move ahead in a sustainability-driven world. This futuristic transatlantic car carrier holds 7,000 vehicles; the 650 foot-long vessel is a similar size to conventional car carriers, but it will look radically different with five wing sails that stand 80 meters high, replacing traditional fabric sails. Oceanbird will be the world’s largest wind-powered vessel, promising an average speed of 10 knots, making it capable of traveling across the ocean with a total journey time of 12 days which when compared to a carrier powered by fossil fuel takes only four days long and emits 90 percent less CO2 in the journey. This is a groundbreaking step towards bettering the environment as maritime freight transport counts for 10 percent of trade in the whole world. As we know, this ship will be powered by the wind, and to harness all the power of wind, special consideration is paid to sails and hull. Five telescopic sails (they could be retracted to 60 meters to pass under bridges and mitigate turbulence) can rotate 360 degrees without touching each other. They can be retracted to 195 feet to clear bridges or withstand rough weather.

The ship is still in the prototyping stage, with a seven-meter tall model set to be trialed in Stockholm’s harbor to gather data and optimize its performance and aerodynamics. The design will be ready for orders at the beginning of 2021, and the ships will hopefully launch the winds of change in 2024. 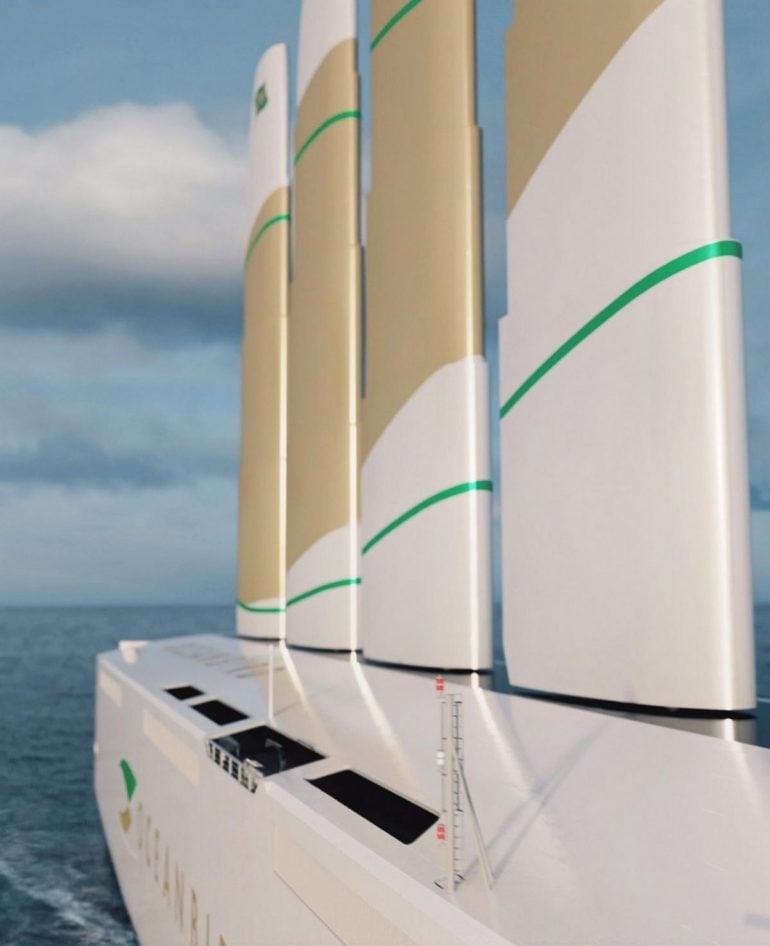 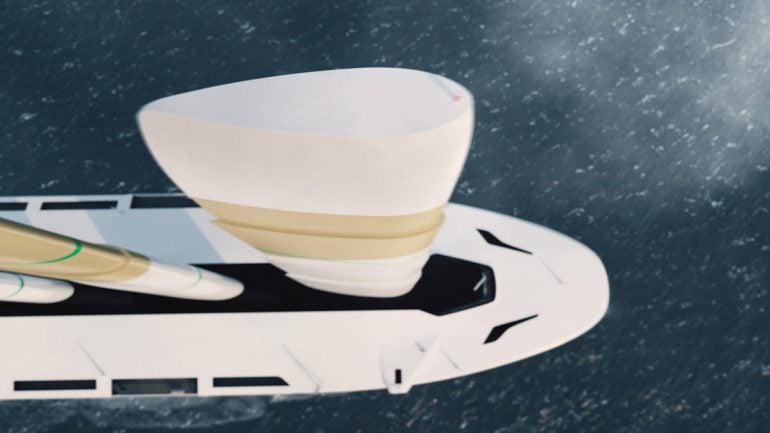 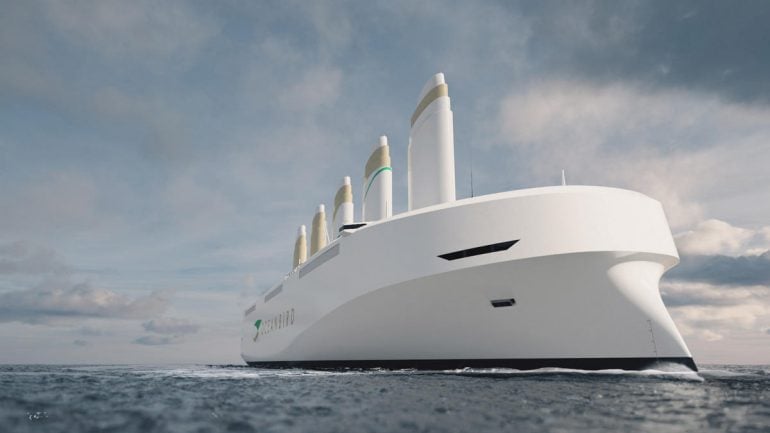 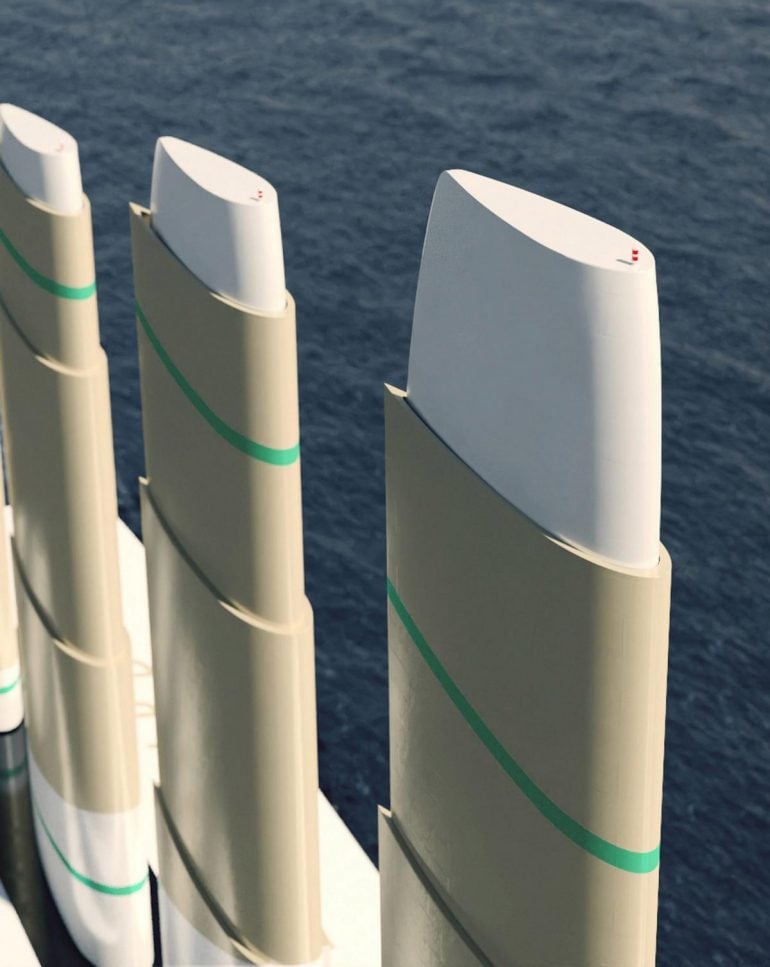 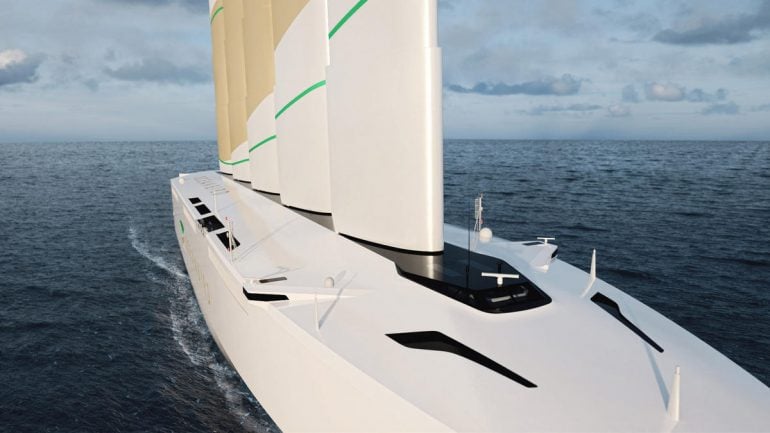 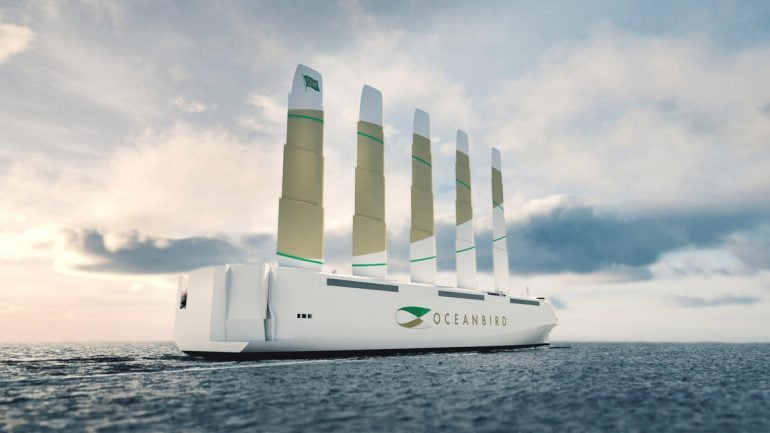 Tags from the story
Worlds-Largest