Paris is set to welcome sports fans for the 2024 Olympics in true Jetsons-style! The city plans to use cool ‘flying taxis’ to transport attendees to the event. As also confirmed by French officials, they would begin testing electric air taxis at a test site just outside the city limits.

According to officials, the ultimate goal will be to create at least two flights paths to ease congestion during the summer games – the first between the Paris-Issy-Les-Moulineaux heliport and the Saint-Cyr airfield, while the second between Paris-Charles de Gaulle and Le Bourget airports and Paris city. And to bring it fruition, around 30 manufacturers will test the project at the Pontoise test site, located near the Cormeilles-en-Vexin airfield. 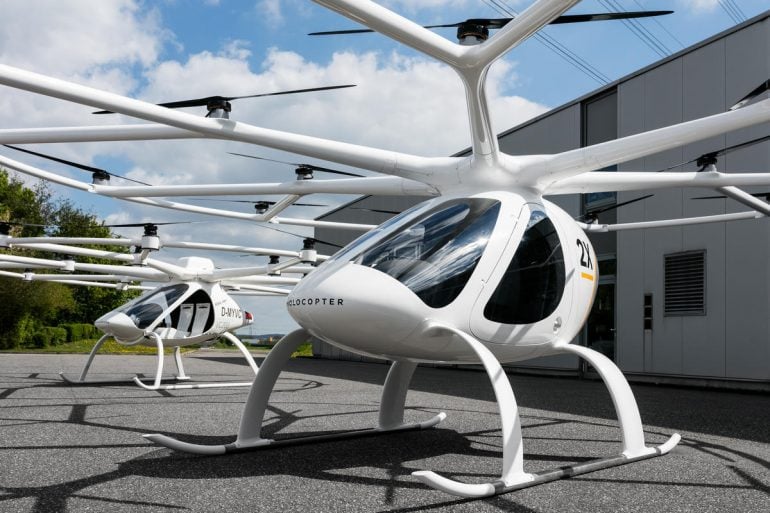 Commenting on it, Augustin de Romanet, CEO of Aéroports de Paris, in a statement, said, “Our Pontoise airfield puts together a unique ecosystem around modern air mobility, and the trial platform which we are launching is unprecedented in entire Europe.”

He further added, “It will function as a concrete experiment to explore the field of possibilities of a decarbonized and innovative aviation, and to develop the low altitude aviation market (below 300 meters), which has been largely unexplored until now.”

Firms such as Volocopter, Airbus, Vertical Aerospace and Ascendance, Lilium, and Joby Aviation will be involved in the tests at the Pontoise airfield, with several other manufactures also expected to join in in the coming months.

Remarking on it, Catherine Guillouard, CEO of RATP Group, added, “The trials will help model an eVTOL flight at the scale of the vehicle, the neighborhood, and the region, to anticipate and confirm vertiport installation plans in the Île-de-France region.”

Noting similarly, Alexandra Dublanche, Vice-President of the Ile-de-France Region, added: ‘With the upcoming 2024 Olympic Games, mastering these new technologies and uses in a densely populated area like Paris Region is not an option, it is a must.’

What an idea, this!