It’s been a while since we saw anything nearly as jaw-dropping as the C-X75 rolling out of Jaguar’s assembly lines. This stunning supercar, designed to give the likes of Lamborghini and Ferrari a lot to worry about, has been subjected to lots and lots of time on the drawing board, and the automobile manufacturer has persistently been developing this beauty for quite a while now. With a roaring 1.6-liter turbo supercharged four-cylinder engine nestled beneath its hood, the Jaguar C-X75 also packs two electric motors. Together, these powerhouses churn out a whopping 850 horsepower, with the gas-powered engine producing 502 horsepower and the electric motors producing 390 horsepower.

With a seven-speed manual transmission added to boost this car’s oomph, the Jag races to the 100mph mark in less than six seconds! Breath-taking as it is, the car sails to its theoretical top speed of 220 mph too. 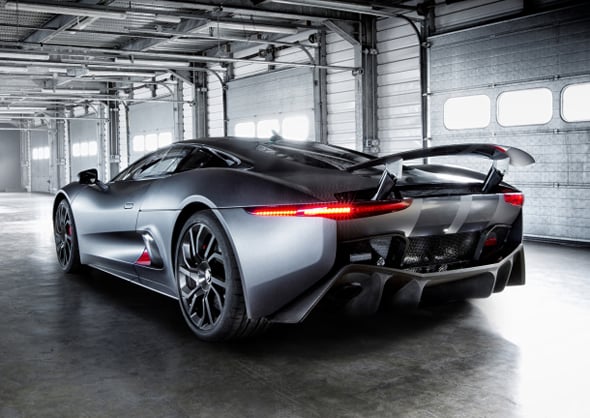 Jaguar has used a specially designed carbon composite chassis that helps reduce the weight of the car, significantly increasing its power-to-weight ratio and making it a not-so-surprisingly quick machine.