Some of you may remember this crazy machine built by the French custom car and motorcycle builder Lazareth. With a body that looks like a cross between a quad-bike and a formula 1 car and an engine sourced from nothing less than a Ferrari, the Wazuma V8 quickly caught the attention of automotive connoisseurs when the one-off beast was first unveiled a few years back. The Wazuma V8F is back! This time it has arrived sporting a matte-black paint job. Mechanically, however, the quad bike is the same as the old version. It is powered by a 3 liter V8 Ferrari engine which produces 250bhp and features a BMW M3 gearbox. 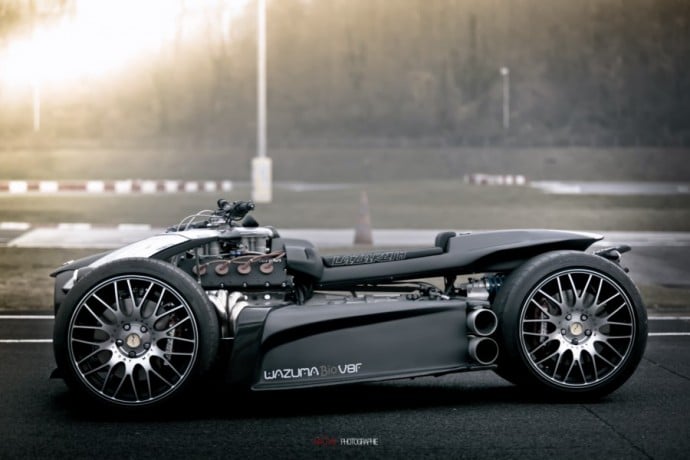 The V8F weighs 650kgs which is very close to a formula 1 racing car, and uses specially designed Brembo brake calipers attached to four 324mm discs. Unlike the previous Wazuma V8, the matte-black edition is seen with treaded tires instead of slicks. It still remains to be the most expensive quad-bike as it comes with a rather steep price tag of $250,000. But for a machine that looks like the real-life interpretation of the Batbike and is powered by a Ferrari engine, the pricing of the custom-built quad bike doesn’t seem unjustified. 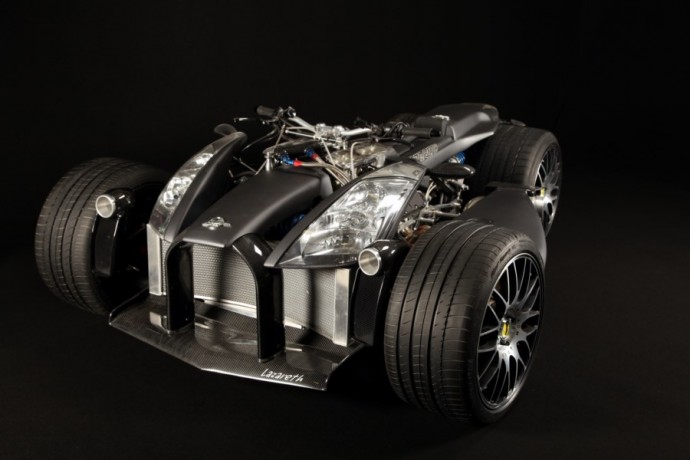 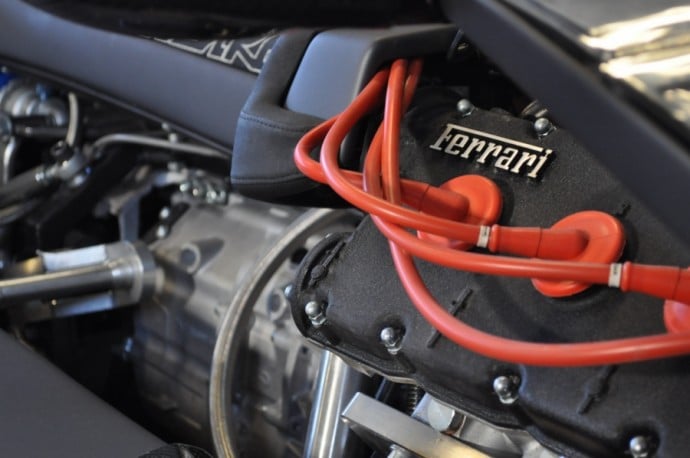 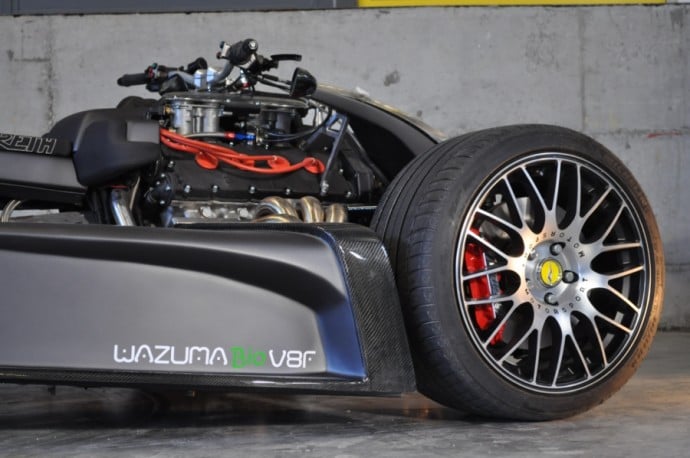 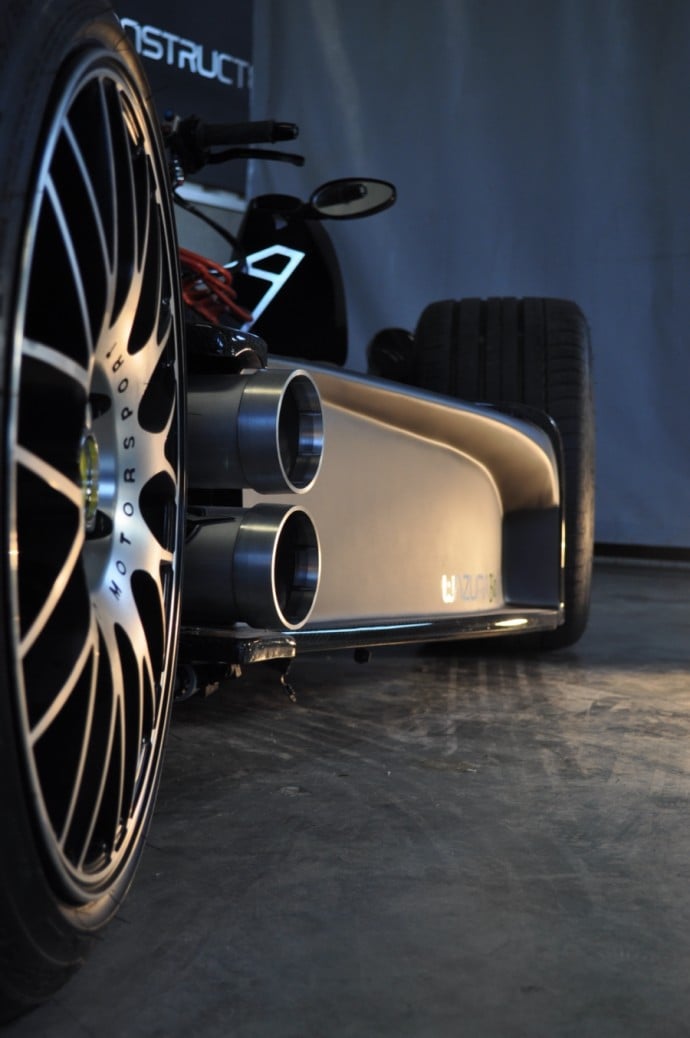 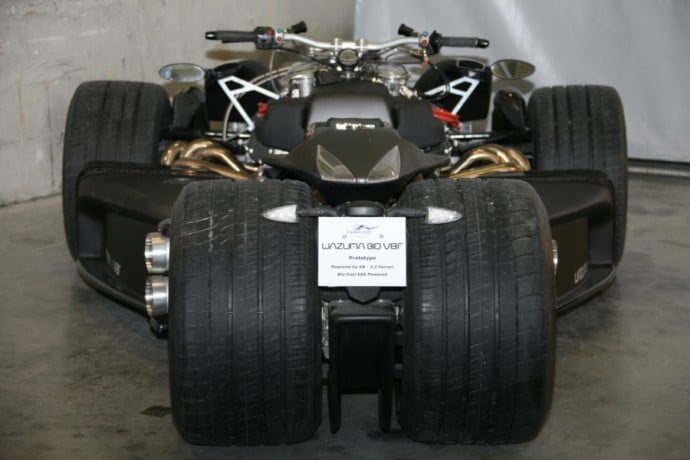 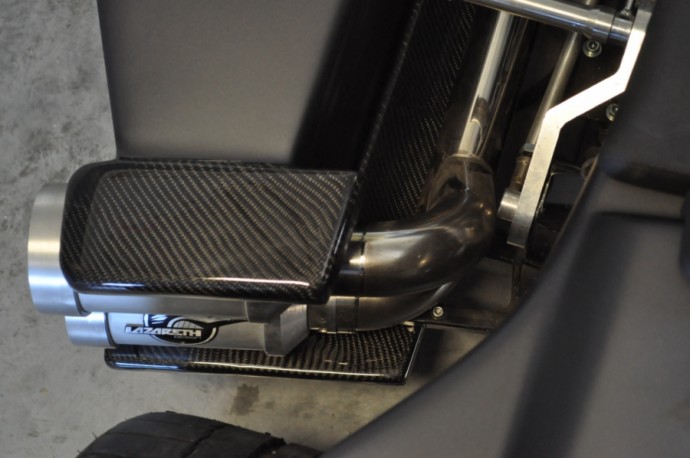 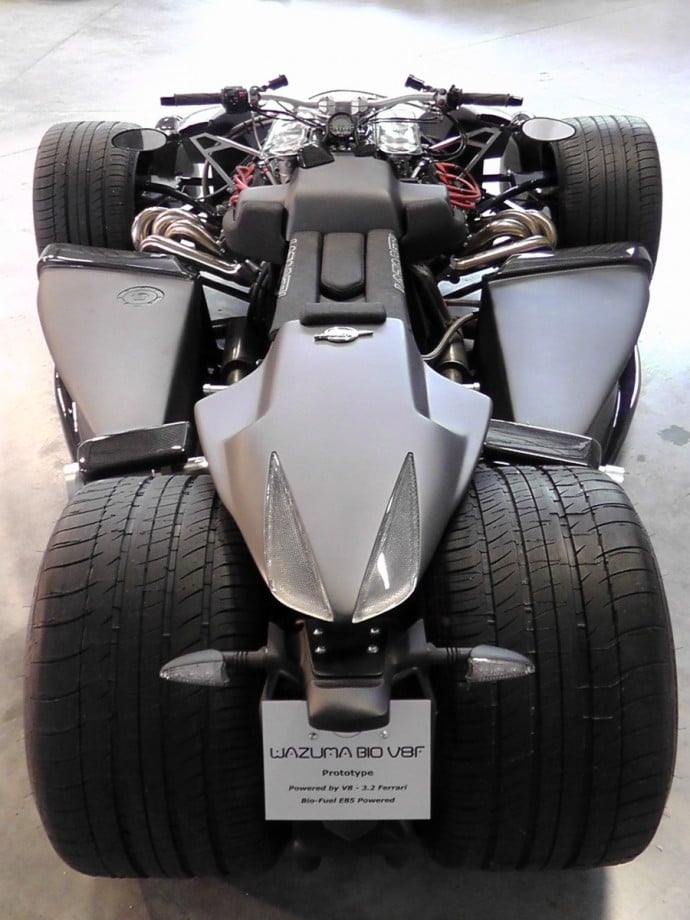 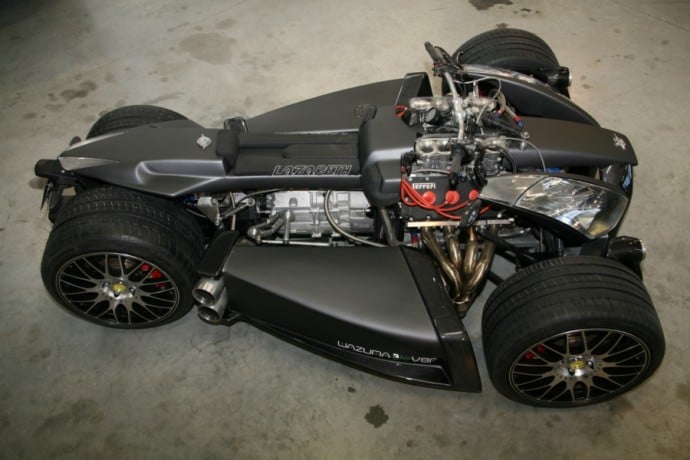