Are you one of those who love to sit by the window in-flight and enjoy the view outside? The pothole windows are anything but impressive and rarely offer a good view. But soon we will have aircrafts with giant virtual windows that’ll offer a panoramic view of the outside via live-steaming. Remember the S-512 concept private jet being developed by the Boston based Spike Aerospace? When complete, not only will it be the first private aircraft to cruise at supersonic speeds but also will be the first plane to offer virtual panoramic windows on-board.

The concept of virtual windows isn’t new and we have heard of the technology being used commercially in offices and even in some housing projects. Even Royal Caribbean has started using HD displays as virtual balconies on-board its brand new cruise ships, but it’s for the first time that the technology has found its way to the aerospace industry. Windows add drag to the design and for an aircraft to attain supersonic speeds it must have a very small drag co-efficient. So the window-less design for the S-512 is very important for it to go supersonic and be efficient. It will feature a live-streaming screen that will replace the windows in planes and the screens will display high definition live-feed from cameras fixed on the S-512’s exterior. The screens can be dimmed or shut-down as per the choice of the flier. Sounds brilliant, but let’s hope that the under-development S-512 private jet sees the light of the day. 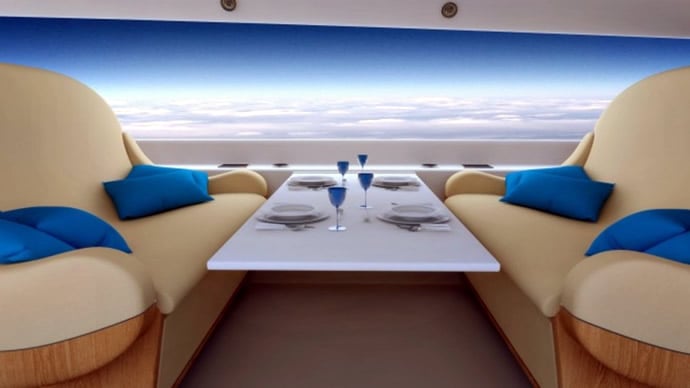 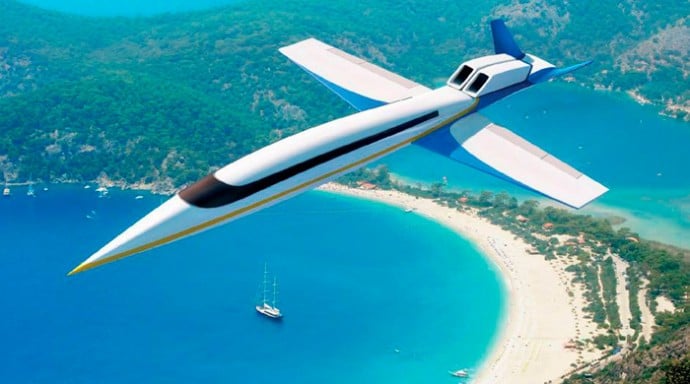