Hamilton has had a longstanding relationship with Hollywood with the earliest appearance of a watch from the Swiss manufacture dating back to 1932. Over the last 9 decades, Hamilton has provided specially created watches for over 500 productions. One of the most notable of them is the Murph watch from the 2014 movie Interstellar, which plays a crucial role in the plot. And now, Christopher Nolan has tasked Hamilton once again to create a special watch, this time for his upcoming movie Tenet. Called the Hamilton Khaki Navy BeLOWZERO Tenet Special Edition, the special edition is limited to just 888 units as a nod to the word tenet being a palindrome (a word which remains same read forward or backward). The special design elements of the watch are inspired by the film’s narrative. The watch will be available in two versions: one with a red arrow on the seconds-hand and the other one with blue. Both colors are said to denote a crucial aspect of both lead characters, played by John David Washington and Robert Pattinson.


Hamilton says it took 18 months to create the Tenet watch, including the process of technical development to final production at the Swatch Group’s lab in Switzerland. The watch has a 46mm case made of titanium coated in black PVD, giving it a very dark, stealthy look. The black rubber strap matches the dark theme and features the Hamilton wordmark. In a similar fashion, the dial is also finished in a darker shade of slate-grey, while hands and markers feature a slightly lighter shade of the color. The hour and minute hands are coated with grey Super-LumiNova. One thing missing from the special edition which is otherwise found on the standard Khaki Navy BeLOWZERO model is the date window. It is powered by Hamilton’s H-10 automatic movement with 80 hours of power reserve. The Hamilton Khaki Navy BeLOWZERO Tenet Special Edition will be available starting July 1 with a price tag of $2,095. 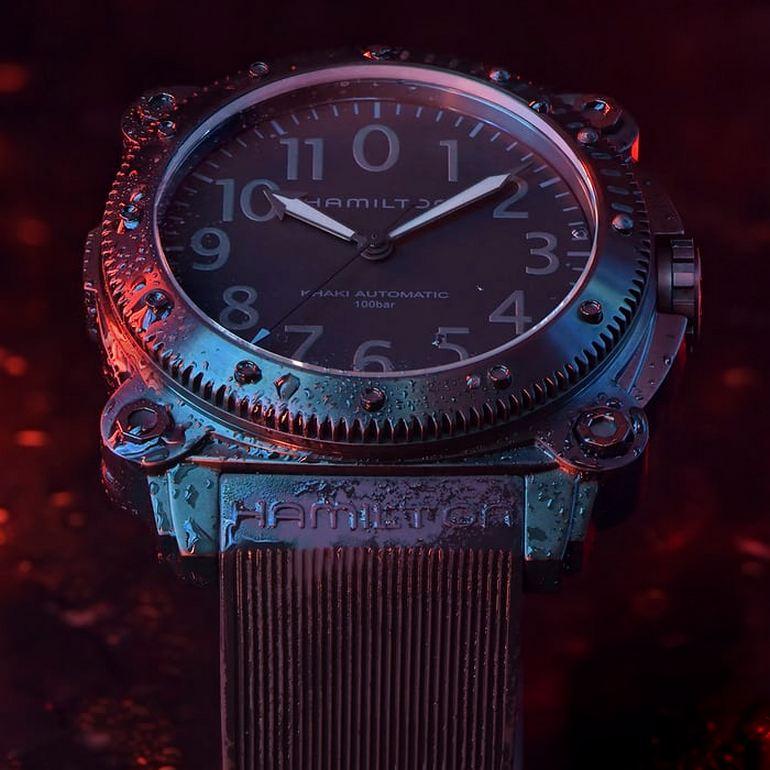 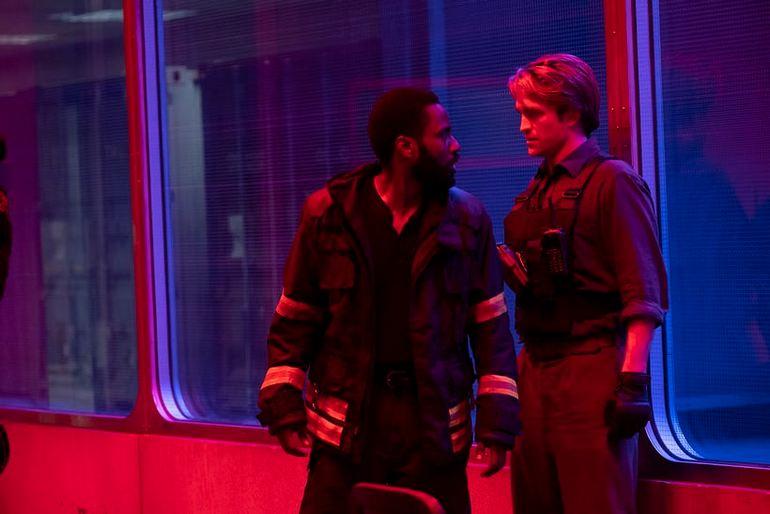 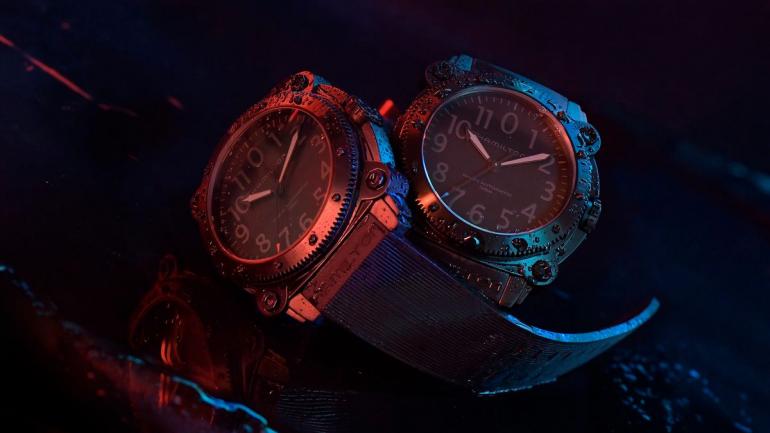 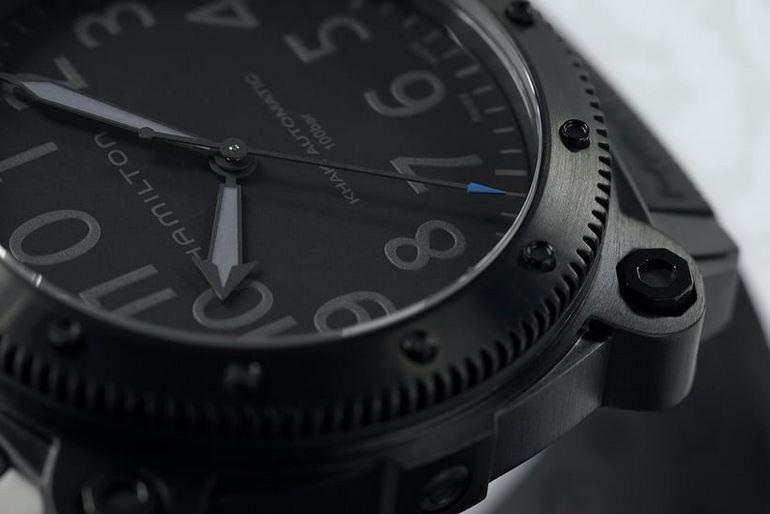 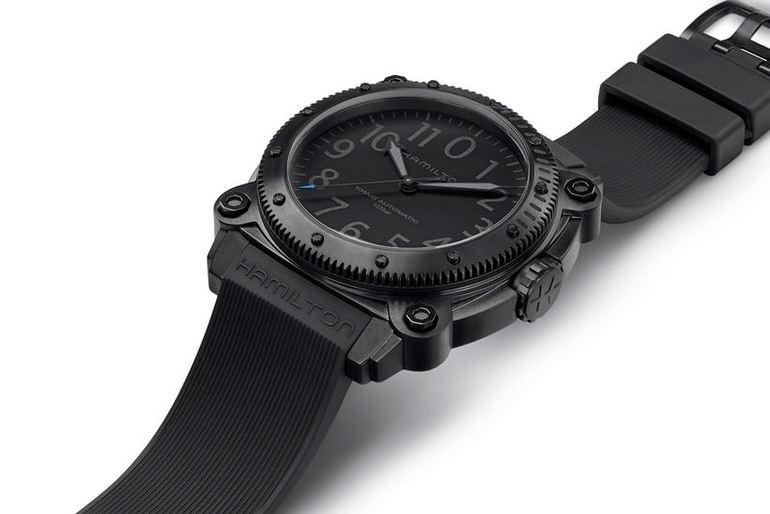 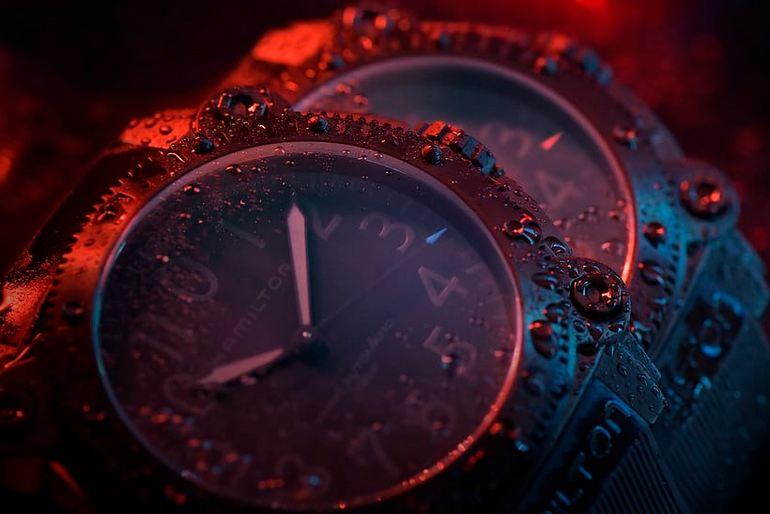 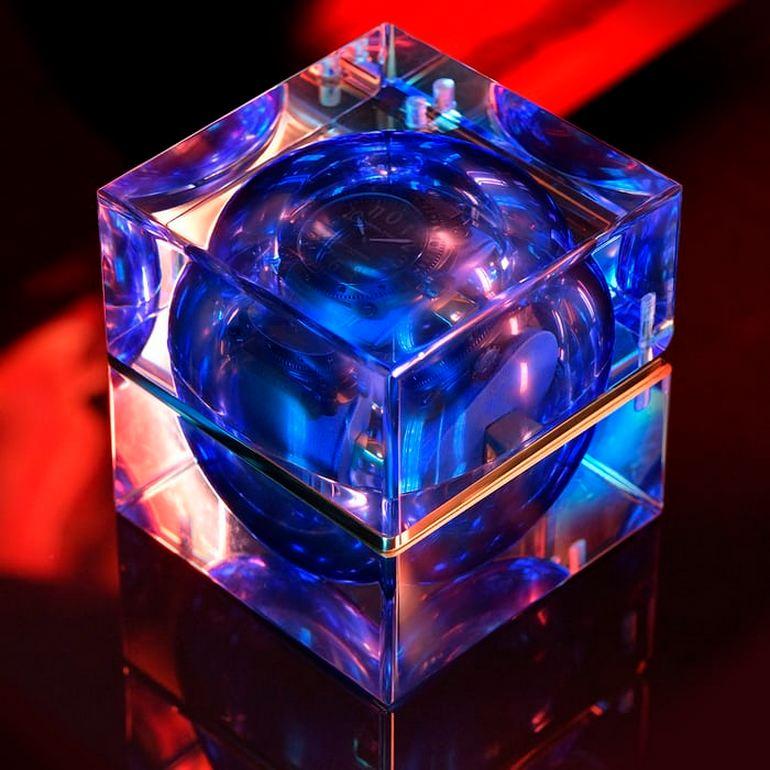 Tags from the story
Movie, Special-Edition